The Internet of Everything

A right or a mystery?

Is free access to wifi something that we should all expect in the future?  I personally believe so, not that I completely understand all the technical ramifications and costs.  Specifically, is wifi something that will need to be upgraded regularly, like USB or 3G?  Or is wifi a standard that will last for a very long time?  As it stands, wifi technology certainly has a number of benefits, not least of which is its acceptance around the world and the very large number of devices that are wifi enabled.  According to wikipedia, globally, there are over 4 million public hotspots (ie outside of work/home networks) and that number is surely growing.

Should governments make public wifi access generally available?  If they are interested in improving competitivity, I absolutely believe so.  To the extent that the [immediate] future of the internet is in the mobile, having access to the net is becoming vital.  The take-up of digital media marketing and mobile marketing (including mobile commerce) will certainly be related to level of access to internet.  Ultimately, of course, access to the internet will happen everywhere, via everything (ie. the famous “Internet of Everything”).  Presumably, South Korea is the lead country in the world in terms of connectivity and wifi access — and the level of eCommerce and mCommerce there is among the world’s best.  So, what about in the US and France, my two “home” countries?

On my most recent trip to the US and Canada (this August), to avoid the radically expensive international roaming charges, I was constantly looking to discover where and to what extent one can get free access to wifi.

Free public wifi is still far the norm in North America, but it seems to be much more available than, for example, in France (where I live).  At any number of coffee shops in streets of New York, Seattle or Montreal, I was able to connect easily.  Walking around Seattle, the city provides free wifi in certain spots — maybe spurred on because it has so many coffee shops (HQ of Starbucks is in Seattle)?  The Seattle (SETAC) and Philadelphia airports provide free (and fast) access – in other words with a robust router.   Even the airport at the “city” of Sitka, Alaska, whose population is a whopping 9,000, offers free wifi access.  Now the airlines (eg Continental, United, USAir…) are beginning to offer a paying inflight wifi access. 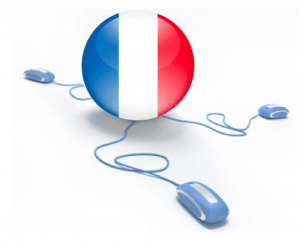 Moving to the French Connection, in the heavenly streets of Paris, the only likely way to get “free” uninterrupted access is to buy a latte at Starbucks or to order a Big Mac at McDonald’s.   The airports of Paris (Orly and Roissy Charles De Gaulle) offer just 15 minutes of free connection; thereafter, it is paying.  The train stations provide only travel-specific access.  The irony, for me, is that one of the most regular listings in your wifi hotspots is from FREE, which is a paying service provider.  Possibly part of the retard in France (and most of southern Europe) may be related to a disagreement about internet access being a fundamental “right”?  A second more likely reason is a delayed understanding by the powers-that-be that access to Internet is becoming a vital business (and personal) need driven by the spawning mobile platforms.

Compared to North America, France is still quite behind.  Especially at the international travel points, I think that free wifi should be generally available.  I believe that it is time that the European governments (Belgium on down to the south) wake up and, at a minimum, get their larger transport hubs up and running on free wifi.  After all, it is not about surrendering to some foreign [US] monopoly.  At the very least, it is a way to “welcome” tourists and international business travelers; and, better, it is a burgeoning business opportunity.

What do you think: should free wifi be generally available to the public?