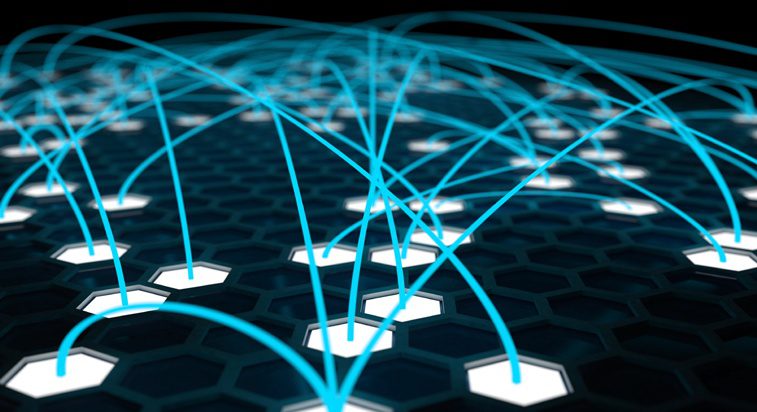 Which countries are leading the digital transformation? Where is the “digital mindset” most well established? Which countries (and the companies headquartered within) are leading the charge toward a more digitally switched-on business? I get asked these questions quite a lot. The truth is that it depends, although one would be hard pressed not to talk about North America in the first place. But, we might be surprised to see many other countries well ahead of the US. There are different parts of the world that are progressing and excelling in different areas, using different platforms, devices and tools in differing ways.

Of course, it will depend on what we are truly measuring. From a business standpoint, one needs to have the digital framework on which to operate digitally. What is the underlying…

Last year, the Digital Skills Committee of the House of Lords in Britain, published a paper “Make or Break: The UK’s Digital Future.” In it, they determined that the internet needs to be defined as a public utility to ensure Britain’s digital competitiveness. Let’s dissect some of the different options to gauge and implement.

Among the more developed countries, trailing behind are Spain (8.9), Australia (7.6) and France (7.5), on par with Mongolia and Uruguay.

The story should increasingly be considered in terms of mobile connectivity. A report by OpenSignal, looking at download speed and amount of coverage, ranked Spain (18 Mbps per second) as the country with the highest download speed with LTE, followed by Finland, Denmark and South Korea.”LTE is, on average, the fastest network technology available, outperforming 3G and Wi-Fi by a considerable margin globally.” Note that the USA is a total bottom dweller, with a painfully slow 7 Mbps/second.

South Korea was the country with the best coverage (95% time on LTE), followed by Japan (86%), Kuwait (83%) and Hong Kong (81%). The Netherlands was the top ranked European country, followed by the US and Canada. Among European countries, France (56%, 19th) beat out Spain, Italy and the UK (42%, which ranked second to last in a list of 29 countries).

Wifi Connectivity – In Cities and Airports

If you’re a frequent traveler, then the wifi option to avoid roaming is vital (for the wallet, anyway). Depending on the country, it’s more appropriate to gauge wifi access city by city. Cities such as Taipei, Tel Aviv and Helsinki have bountiful and relatively friction-free wifi access. London provides a pretty good wifi (even in the antiquated underground thanks to Virgin Media and EE). As a traveler, of course, the first port of call (literally) will be the airport or the train station. As any Eurostar traveler knows, comparing St Pancras to Gare du Nord is a no-contest win (for St Pancras in case you were curious) in terms of an attractive experience, enhanced by a very adequate free wifi. Here is an infographic (via the DailyMail) of the twenty best wifi-ed airports around the world. In the top 20, there are just three European airports (two in Germany and one in Estonia) and five in the US. The remainder are in Asia. You’ll notice that Thailand has a LOT of airports (7!).

Above, we have focused only the infrastructure and connectivity. What about adoption of a new technology? As a proxy for new tech — where the technology is not guaranteed success as the standard — the bitcoin cryptocurrency is a good example. There are many new technologies surfacing. Some sizzle and then fizzle out. Others never gain critical mass. Still others make it in varying and developing iterations. Bitcoin’s future is uncertain, although the underlying blockchain technology seems to have much more dynamic prospects.

How about how much and how fast are countries accepting use of the bitcoin cryptocurrency? The key insight is to what extent the government and local businesses are taking up the yoke. Will bitcoin become a transactional currency? There are now 7566 venues around the world identified as accepting bitcoins. If China boasts the largest number of netizens (by a country mile), the country hasn’t recorded many venues that accept the bitcoin, as this heat map below by coinmap.org shows. However, China is responsible for the vast majority of bitcoin trading.

“According to global financial giant Goldman Sachs, currently around 80% of all Bitcoin is traded in Chinese Yuan. China has maintained more than 50% of the global Bitcoin market ever since Q4 of 2013…” {Source: Cryptocoinsnews} Clearly, there is a strong appetite for the bitcoin currency. “The Bitcoin price is rising high as Chinese CNY [yuan]/BTC [bitcoin] volume is increasing exponentially … and over the course of the past month trading nearly 1 million BTC daily. Volume and price on the largest Chinese Bitcoin exchange, Huobi, is higher than most of the smaller US and UK crypto-exchanges combined.” {Source InsideBitcoins}. And yet… the use of the bitcoin has not been noted only in a few sites in Shanghai and Beijing.

Looking at the world map above, venues that accept bitcoins are clearly concentrated in North America and Europe with pockets in other cities (notably in Hong Kong, Tokyo, Sydney and Buenos Aires). Zeroing in on Europe, I could not help but notice that one hexagon was quite clearly been carved out in white.

As governments — and the businesses that transact within their territories — continue to evolve in the new digital era, the digital infrastructure is becoming a major point of difference. Attracting the best talent is already a strategic challenge. On the on hand, the infrastructure needs to be capable to nourishing and supporting the innovative mindset. Meanwhile, if the digital mindset itself is not properly attuned to the needs of the new frontier, the gap -- aka competitive disadvantage -- will be harder and harder to recuperate. Click To Tweet

If I were in charge of a Ministry of Economy (for a country) or Chief Digital Officer (for a company), the issues overlap one another: infrastructure and mindset. It is absolutely vital to get a grip on the digital infrastructure, while having the right markers to determine (and enhance) the digital mindset. Click To Tweet Looking at the different charts, it is quite clear that countries like South Korea, Sweden and the Netherlands seem to have a strong baseline of infrastructure. At the same time, it’s about having the strongest digital mindset and an appropriate eco-system to help encourage the full rollout of digital transformation.

Your thoughts and reactions are most welcome.