With over 500,000 applications now available for your iPhone and iPad alone, it is easy for apps to get lost, forgotten or discarded. According to the recent TechCrunch App-ocalypse article, the average iPhone user has between 40-100 apps. The challenge for digital marketers who have created an app or mobile interface is getting the user to use and/or come back — not just because there is a little red badge!  One of the new frontiers for digital marketing will be the ability to create sticky traffic on the mobile.  Just having an app is not sufficient.

The power of Shazam

One of the all-time great apps that continues to progress (165 million users and counting) and provide a value-added service is Shazam.  Used in real-time, Shazam is all about finding that mystery song, evocative of a certain emotion or nostalgia.  It has been known to bring tears to my eyes.

Last night, in a café, I heard a song faintly through the din. I wondered if Shazam would make it out. Not only did Shazam work, but I discovered some of the new features along the way, that were launched during 2011 (yup, it is not new news, but it certainly is good news).  If you haven’t used Shazam recently, it’s worth just checking out for the fun of it.  I was delighted by the re-discovery.  I can’t help but believe that the Shazam company has empathy for its users!

Tada! And the answer is… 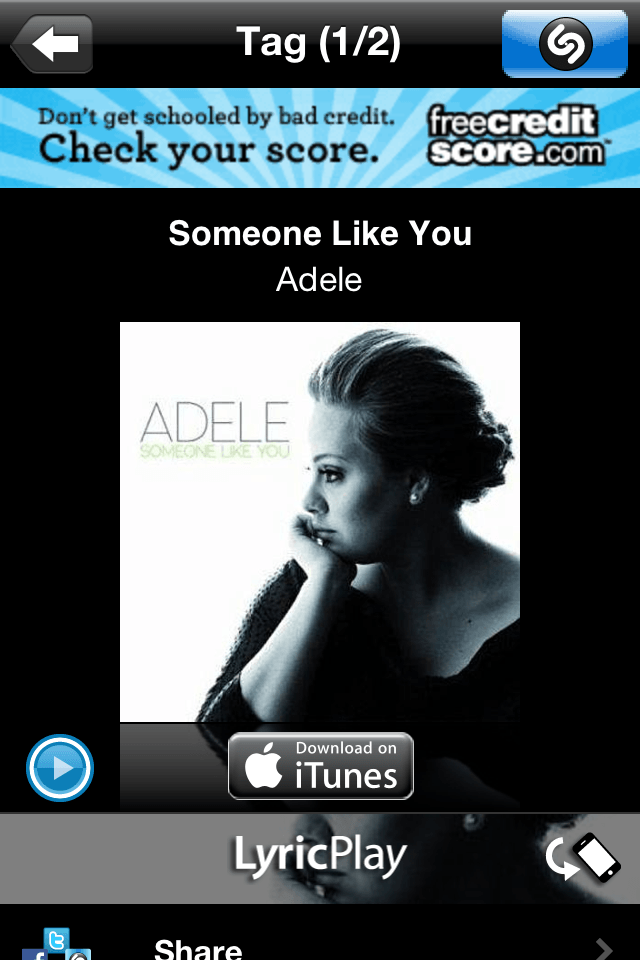 Then came the magic. As the song continued, I mistakenly tapped the LyricPlay button at the bottom of the screen, and up popped the lyrics of the song in karoake style.  Not only do the words appear, but they follow the song in time.  Wow.  [LyricPlay was launched in June 2011 in the premium version, but is now available in the FREE version.]  Creating a positive surprise, with something that is accessible, practical, fully functional and social would sum up, pretty dramatically, the goals for a perfect digital marketing campaign: paradise. 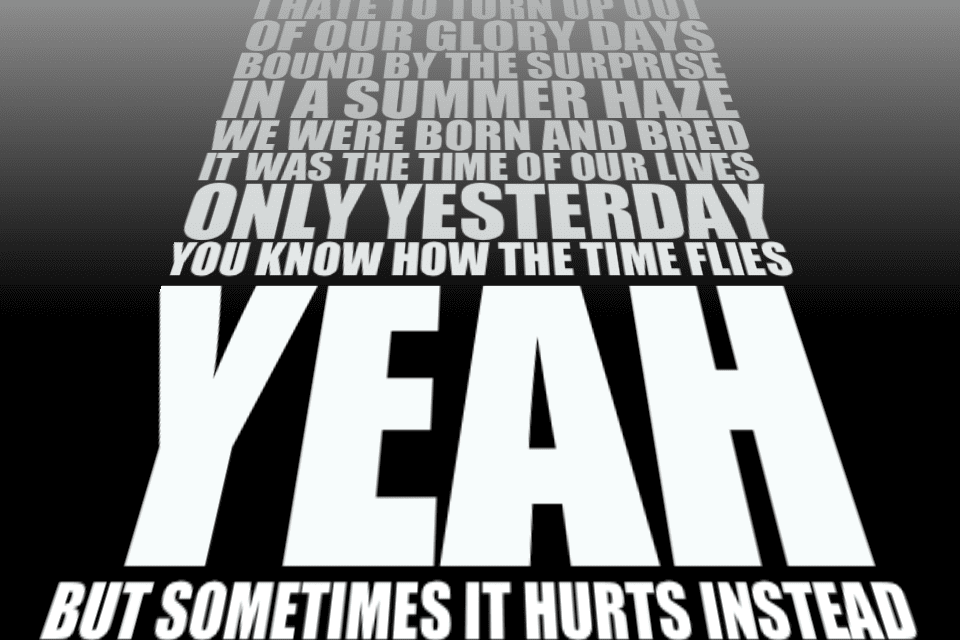 Finding the difference between FREE and VALUE

In another move from their premium to free service, Shazam provides unlimited tagging (since September 2011) in the free version.  Meanwhile, the benefits of the premium service of Shazam, entitled “ENCORE” includes ad-free, the ability to play the song in Spotify (instead of having to buy it, for example), and to see other recommendations for similar music.  This discrimination between free and premium services is something about which all brands — and, specifically, those in digital marketing — ought to be concerned: how to determine what should be free and what should be a value added feature?  Moreover, the new digital marketing myndset includes the ability and agility to test and move from one to the other.