In the wake of the NSA/Prism revelations, it begins to become too big to ignore: everything is being or will be monitored.  Privacy is becoming a central issue of the internet and, by extension, should be a central concern for all digital marketing teams.  I have the suspicion that privacy (or the lack thereof) is going viral given the number of ongoing and new incursions.

Some of these technologies have been devised to protect one’s identity, such as the PQRST, the chair, the fingerprint (e.g. in lieu of passwords).  But, what if all the information was regrouped and put in the wrong hands? 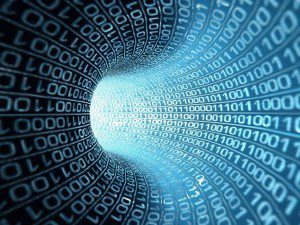 On the one hand, we have the uber “political” stagefight, headlined with Wikileaks founder, Julian Assange, in a sustained confinement (at the Ecuador Embassy in London).  On the other hand, we have those with access to very real big data in the form of the internet giants (Amazon, Google, Facebook, Apple…).  It’s worth noting, these are all US players; but, there are also a number of big Chinese players (Baidu, Tencent’s QQ and Taobao).  And, I certainly wouldn’t want to forget about the chipping away of the vaulted Swiss bank secrecy.  In sum, there is a seismic shift happening in terms of privacy and, I firmly beleieve, brands need to pay close attention. {Click to Tweet} Customers will become ever more wary of handing over their information.  The questions are:

These privacy-related questions get to the heart of the titanic battle between Free & Anonymous and Money & Responsibility.  {Click to Tweet} As a brand, the question of trust has never been more important.  If Big Data has attraction as part of a stimulating CRM strategy, the primacy and accuracy of the data must be a key consideration.  {Click to tweet}  If you look at the 800 million accounts of Tencent’s QQ (whereas there are less than 600 million netizens in total in China), you can understand that many people have two accounts.  One account is public and nominative, while the other is anonymous/masked.  This is an example of what happens when the trust factor is abused or inexistent.  Will brands — wishing to drive more effective CRM programs — navigate appropriately through personal data?  What is the value exchange that brands can propose to a customer in return for private data and will that “contract” be upheld over time?

I look forward to your comments…!