BOF is a funny old word. In French, “bof” basically is the equivalent of a verbal, almost indolent, shrug of the 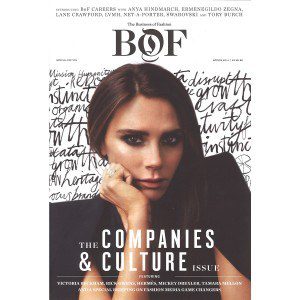 shoulders. However, BOF is also the Business of Fashion, a fabulous online resource for anyone in fashion, that was started in 2007 by Imran Amed. It has become a staple read for people in the know. Last year, BOF decided to launch a paper version (funny how so many pure players are turning to the offline), reprinting some of its best online articles. The Spring edition — The Companies and Culture Issue — makes for a very great read (even if the articles are all available online, too).

What struck me about reading the articles selected for this issue was that, with due consideration of each text, you could almost distill an entire business course on fashion.  For the majority of the brands chosen (and published in the magazine), it is worth noting that the owner and/or founding family of the brand is still “in the house.” The two exceptions were J.Crew (privately held, with CEO, Millard Drexler, who apparently owns over 5%) and John Lobb (owned by Hermès). To some degree, there may also be a message therein? Herewith are the main points and a collection of phrases that I picked out.

A number of the people interviewed talked about the need to have a strong vision. Victoria Beckham identified early on that she wanted “…to be as famous as Persil Automatic.” Ms. Beckham has a very strong “north.” {Click to Tweet}. In another manner, Joan Burstein (“Queen B”) has a very specific idea of what she sells. “The woman who shops at Browns is looking for something special, which in Mrs. Burstein’s view, is not synonymous with flashy… [A] woman must learn to create her own vision of herself and how she wants to look. When she is dressed and looking in the mirror, she must see herself, not the clothes.” Brilliant. 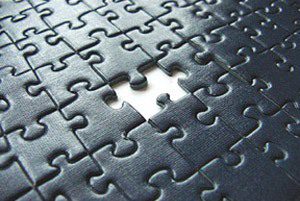 Pierre-Alexis Dumas, a direct descendent of Thierry Hermès who founded Hermès in 1837, is quoted as saying, “A company that makes only money is quite poor, that’s for sure.” To wit, Pierre Hardy, creative director of footwear and fine jewellery at Hermès says, “I want our customers to indulge in a moment of pure lightness, because it is in those moments of dream where you have insights into life, and into the future.”Angelica Cheun, editor in chief of Vogue China, talked about herself saying, “I suddenly felt that I had such a big responsibility, to all of my readers, all those girls out there, [that] this is the kind of woman you should become.” Meanwhile, Joan Burstein is cited for her “passionate love of fashion and her desire to share her knowledge with all.”

My strapline is “Branding Gets Personal,” so I was happy to read some of the following statements. Anya Hindmarch, founder and CEO of the eponymous company, has everyone working in the same building, and notes that “everyone feels very personally involved in the brand.” Tamara Mellon, the co-founder of Jimmy Choo, wrote that the 5th “new rule of fashion” is to “Make it Personal.”

Talking about ownership (and control), Tamara Mellon said, “The magic number is 51 percent — never give up control…” Naturally, this probably includes hints of corporate takeovers and politics, but also is relevant for managing to keep a brand strong and congruent, especially when the owner is still on board. In another vein, Rick Owens, co-owner of a number of lines including DRKSHDW, has a dictate: “We build, we don’t buy.” Behind that line, Owens considers the importance of total control.

Joan Burstein is described as being “a mentor, guide and friend to her staff.” Lorraine Candy, from Elle UK, and Andy Dunn, founder of Bonobos, both cited John Gottman’s 5+1 principle (feedback with a 5:1 ratio of positive to negative). Dunn wrote in his article for the magazine that a successful company culture depends on “the positive collision of the right people and right context.” Anya Hindmarch, founder and CEO of the eponymous company, said, “I am a great believer in the carrot over the stick.” In terms of recruitment, Dunn writes how you actually don’t want to employ someone who has worked in the same industry. [Kudos!] Further, several people talk about the importance of trust and the formation of a tribe within the company. Dunn writes, “trust and tribalism are still powerful forces of human nature.” Another great insight in this digitally connected world came from Svida Alisjahbana, CEO of Femina Group in Indonesia, where all the top editors have been made Chief Community Officers and “are officially and personally responsible for their audience in every single channel from print to online to tablet apps to Facebook, Twitter, Instagram, Tumblr and whatever else.” Digital is just another channel. Ownership of the total situation — just as for a member of the board of directors — is key success factor. {Click to tweet!}

A number of the fashion houses rue their inability to control the distribution channel. As with the issue of ownership, a number of the articles talk about the importance of owning (and controlling) one’s distribution.

Customer Focus (if not customer centricity)

Mrs Burstein says, “It is essential to have the trust and belief of the customers.” Candy (Elle) wrote, “What we’re selling is a relationship.”

The devil is in the detail, we hear over and over again. Mrs Burstein is quoted for her “terrific attention to detail.”

Kevin Systrom, co-founder and CEO of Instagram spoke of the importance of picking the right partner. Speaking of the purchase by Facebook, Systrom talks about the shared vision of being a social company. Too many mergers fail because of a mismatch in vision and culture. In talking of partnership in another sense, sometimes brands will “get” (aka buy) the endorsement of a celebrity. Tamara Mellon echoes a sentiment I share about getting celebrity endorsement, “[I]t’s not authentic. Stars get paid to wear brands. It doesn’t validate anything.” Furthermore, few of the consumers, especially in the more developed markets, are duped.

As if I needed any more proof of concept, the BOF even has its own quiz that asks how well you read the piece, with questions about the best content within! Kudos. However, one piece of constructive feedback for BOF: take the quiz yourself before you publish! I.e. Check the way your questions are worded. As we said above, the devil is in the details. Specifically, question 9 is something of a joke:

Question 9: All of the following statements about talent development in the fashion and luxury sectors are true EXCEPT:

And the answer is…? Whoops.