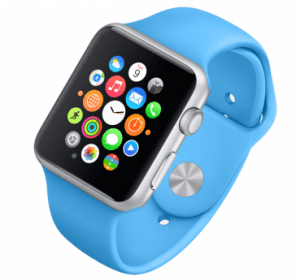 I have been using my Apple Watch, for about a month now and have concluded the following:

The Apple Watch will live and die by the quality of the apps (and upgrades).” {♺ Tweet this!}

As a result, I implore you to check out the best use cases and help encourage better third-party apps. Many of the apps in this first round are quite rudimentary, not to say useless. App developers will need to be particularly human-centric in their understanding of how people use the Watch.

What I love about the Watch so far:

The way we use the Apple Watch is what it’s all about. {♺!} The longer I wear it, the more profound my understanding becomes of the myriad ways a smartwatch could be a value-added and valuable accoutrement. Here are seven things that I have observed about the 1st Watch “experiment”

The future of the Apple Watch

Dear Apple, if you may have read numerous criticisms of your Watch, I declare that I am bullish on your offer. However, as I said at the outset of this post, the future of the Apple Watch will emphatically depend on the apps. Here is why I am optimistic, and I do hope you will pay attention here. Some of the points below are rather minor. Others are more substantial. Apple, here go:

Yours sincerely, an avowed Apple fan, looking out for your back! Minter

So, are you bullish or bearish on the Apple Watch? I’d love to hear your thoughts and reactions!

*Battery maintenance: Apple’s official specs say that you can charge the Watch to 80% in just 1.5 hours, and a full charge in 2.5 hours. N.B. The 42mm will experience better battery life than the 38mm.