More than seven weeks have passed since my most unfortunate British Airways downgrade on a 10 1/2-hour flight from London to Austin (Texas). I continue to seek satisfaction from them. Here is Part 1 of the BA downgrade saga. I have had to send one letter as well as multiple emails, tweets and DMs to get any response. It has been like pulling teeth. In the final analysis, BA has been intolerably awful in their handling of this situation, not to mention at times incompetent and, to quote some friends, daylight robbers. Due to previously planned travel, I have since had to fly back and forth across the Atlantic twice on British Airways. There has been a modicum of good news which I will include down at the bottom. However, the bulk of the news has been absolutely disastrous and just will not cut it. I am thus asking for you to read and share as you see fit!

BA’s letter, which you can view in full here, includes a few stunning lines:

“Keith has asked me to reply to you on his behalf and so this is not a standard email.”

How extraordinary that this customer service representative should be on a first name basis with the Chairman. Apparently, Mr Williams does encourage first-name greetings. At this point, it feels a little too informal. I am not feeling quite as welcoming.

2/ GALLING: The representative apologizes for the way I felt!

We are sorry to hear that you felt the World Traveller Plus cabin was uncomfortable, that the food was appalling and that the service was below average.”

I think you might agree that the food doesn’t appear very qualitative or appetizing. It came in this ticky-tacky box. The white bread sandwich within was decidedly plain. It is a far cry from the type of meal I had paid for and expected. 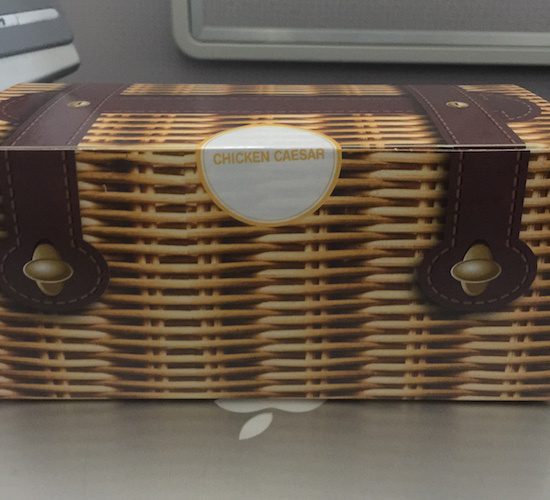 3/ IRRELEVANT: In a testament of BA’s true concern, I was kindly advised that I had better rush to get my £200 cashed in!

Please be aware that card 4XXXXX5 issued to you expires quite quickly, so accessing the full amount straight away is advisable.”

There is no zero mention of any further compensation. That’s it?

4/ FACTUAL INACCURACY: The lady wishes to explain the process whereby BA made an effort to find me a seat, as if such happened at the time of boarding.

We first ask for volunteers so people who aren’t on a tight schedule and don’t mind waiting for the next flight, don’t travel.”

But, it is clear that no such thing ever occurred. My potential client in Business Class confirmed that he had never been asked to volunteer …

5/ FACTUAL VAGARY: She writes that I was randomly selected to be downgraded:

…we have to choose customers at random, regardless of when they purchased their ticket.”

As if I am supposed to believe that I was randomly selected. Am I to understand that BA might have randomly chosen a more loyal BA customer? What she fails to say is that I was “randomly” selected among the passengers who (a) are not loyal BA customers and (b) didn’t buy the ticket on BA.com.

6/ FACTUAL INACCURACY: The last paragraph of the letter starts:

We appreciate your custom as a Bronze Executive Club member and as a frequent flyer with our oneworld partner, Air France.”

For one, unbeknownst to this person, my Bronze level of membership was changed to Silver. For two, BA and Air France are anything but partners. AF is a part of SkyTeam.

Thank you again for contacting Keith Williams, and for giving me an opportunity to respond to your concerns.”

If only she had managed to answer my letter and respond to my concerns! Aside from not even considering further compensation, the letter fails to recognise that I was embarrassed in front of my client, that I arrived in Austin in much wearier condition for a business dinner.

As the representative, herself, writes, “[t]hese figures show that we do get it wrong…” I can resoundingly confirm that BA has gotten it wrong. The letter was a stinging slap in the face. BA made no further effort to contact me. I was not satisfied.

Through my network, I was advised to contact a senior executive at IAG, which owns British Airways. After repeated pressing, I was finally accorded a call with a customer service representative. This was the first time that someone would call me. The 30-minute call was with a certain ^Amy (who initiated contact via Twitter). The call featured some 18x the word “sorry.” ^Amy was appropriately ‘contrite’ on behalf of BA, et cetera. However, it was patently clear that she was following a script without any freedom to manoeuvre. There were four salient points on which I want to report:

End of the story?

Something that I can’t reconcile is how no one in British Airways is aware of my particulars. It’s as if the entire downgrade is neatly wiped under the carpet. In the five transatlantic flights I have done with BA since the March 13th, I arrive at the gate with trepidation about another downgrade, not to mention a negative disposition.

So, the good news… 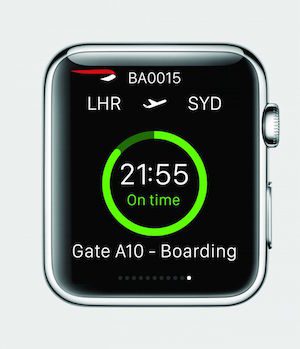 I did want to provide some good news! I can report that the BA app for the Apple Watch works ok (although I can’t get the weather function to sync). However, this is a fine example of running after the next shiny object as opposed to getting the basics right. Free advice for BA: I would LOVE the Apple watch to alert me, particularly in Heathrow’s Terminal 5, with time needed to allow me to walk from where I am to the departure gate. Apparently, there are iBeacons installed, so I guess it should be easy to do. [On my very last visit, I yet again had to do a sprint to the gate because I had not properly anticipated the extra transit time needed.]

Aside from vowing never to fly British Airways in the future — whenever I can avoid it — I leave with a distinctly bad taste in the mouth; one that is likely to linger. I can safely say that BA’s handling of this situation is a perfect illustration of how not to handle customer service. It is my observation that BA’s notion of taking care of customers is merely catering to the Gold Card holders. The rest of us are numbers in a system that is, characteristically uncoordinated and unfriendly.

Thanks for sharing/liking this story as a sign of support for my cause for proper compensation. {Please tweet ♺!}