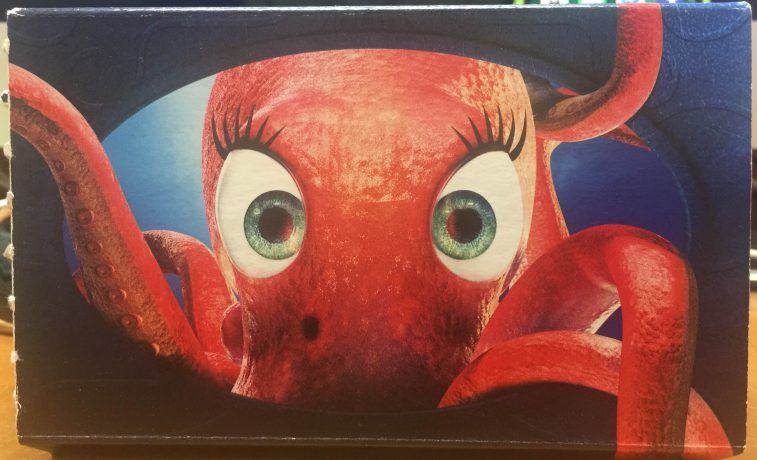 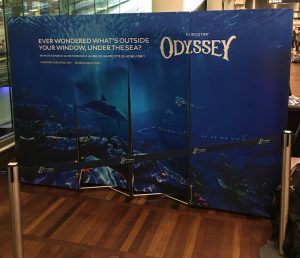 The debate rages on as to whether the future lies with Augmented Reality (AR) or Virtual Reality (VR)? Or will it be more about Mixed Reality (including 360˚)? In any event, as far as VR is concerned, we continue to see experiments with more or less success. Hitches in the development of VR typically include meek visual storytelling, technological hiccoughs/bugs and, still, weak consumer awareness. Eurostar recently launched its VR experience, Eurostar Odyssey, to entertain its passengers during the 2+ hour journey between France and England. Being a Eurostar fanboy and geek, I had to try it out. 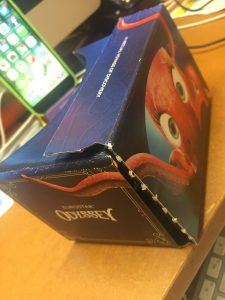 The cardboard headset I received was from the Eurostar back office, before they were made available to the general public. As such, my headset had a bit of wear and tear, but was otherwise fully functional. Once I was onboard, I immediately signed up for the onboard wifi as, to check it out, you actually need to be on board and in the Eurostar app (or website) to use it. N.B, In the train station, the onboard wifi is distinctly more effective. I loaded up the app on my smartphone and then dutifully slotted the phone into the headset. Here were a few of my thoughts and reactions:

And for the kids?

Not satisfied with my own ‘adult’ feedback, I sought out some kids to see what they thought. A few rows up, I found a vulnerable set of parents with two youngsters. In that I had only one kit, there was a risk that VR-envy would settle in for the one who was “left out.” Notwithstanding that inevitable fact, I gained a few elements of feedback from the American father (more on him later*) and his two daughters (roughly 7 and 9 years old).

Replete with an error (in French) in the corporate video…. Can you spot the mistake?

When an organisation invests in one or other “new tech” initiative, the key to evaluating its success lies truly in understanding the strategic intent behind it. Without knowledge of that intent, the outside observer that I am says that the Eurostar Odyssey VR experience represents a reasonably logical idea: educational entertainment (“edutainment”) for its kid passengers that will potentially relieve the parents and surrounding passengers. If the objective is to show off Eurostar’s innovative bent, I would say that getting a fully functioning wifi should be higher up the priority list… and I’m still quite unsatisfied by the design of the new Eurostar trains, as I have written before.

The Future of Virtual Reality…

In my upcoming book, Futureproof, my co-author Caleb Storkey and I debated over many coffees whether or not Virtual Reality and Augmented Reality merited their own chapter. While there will be some extraordinary opportunities with VR for its emotional and immersive experience (in health, education, entertainment…), we chose NOT to include a focus on these technologies. The main reasons are that (a) VR has still many technical and UX issues to overcome and (b) the headset is far too cumbersome. Moreover, the storytelling capabilities are far from honed. I think we will see much more VR emerging in the 2020s — but in different formats. In the meantime, it seems more likely that AR will find greater uptake.

Your thoughts are welcome as ever!

*It turns out that the individual I approached so seemingly randomly is someone who knew my name for having worked with Traackr in the past! Too funny. Proof that serendipity will lead to unexpected and great discoveries!