There is nothing more pertinent than having a first hand experience to bring to light just how hard it is to create an excellent customer experience. Put another way, it’s awfully easy to screw it up with so many channels and options much less legacy systems, millions of customer profiles and, depending on the country, stringent regulations, some companies are really going to struggle to stay afloat. As it happens, I have a couple of interesting case studies that show just how challenging it is to plan out and execute against a customer journey. Below is the first case and it’s a beauty, because I was able to compare and contrast between two banks about the opening of a business account. The first is HSBC, founded in 1836, boasting $51.4 billion in revenues in 2017 with $17.2 billion in EBIT. The second is the online startup, Starling Bank, founded in 2015. The latest available figures show that Starling reported a pre-tax loss of $5 million in 2016 on income of just $15K! – source (while Owler says estimated revenues may be around $3 million).

In perhaps a Pavlovian manner, I started with HSBC, thinking that it was a “sure thing.” And surely enough, its colours came flying through. I should have believed (and acted on) the ratings the app scored in the Apple app store:

Within quick succession, here are three of the many errors I received as I tried to open up the business account, which from start to end, took SIX weeks, until I received a functioning debit card and access to the account online and in my app. 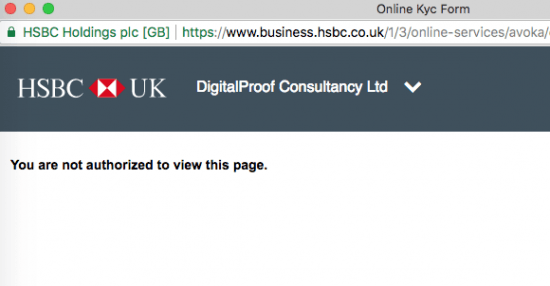 Bottom line: a miserable experience. Even the poor HSBC customer service agents sometimes got exasperated. HSBC says about its values on its site:

I’d be inclined to say that they are dependably bad, barely connected to this customer and not yet very open to the digital culture…

Starting at the beginning, the app of Starling Bank, which is a digital-first, mobile-only bank, was from start to the opening of the account, a breeze. Along the way, I had to upload a video of me to verify I was who I was. That worked swimmingly (see below). And it even allowed a bit of personality: “You’re looking good today.” The whole thing took a grand total of 5 minutes compared to three weeks for HSBC to confirm my account opening! 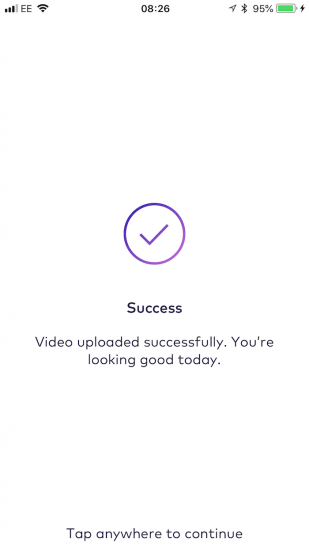 And the Starling Bank debit card arrived three days later. Presto! Naturally, even that was a nice surprise, as the card comes in a shimmering quality cardboard over-case and opens up with a slider (reminding me of a kid’s book), revealing the card to the left (see below).

Inside, the team at #StarlingBank smartly include their social handle (@starlingbank) and hashtag. Not all was perfect with Starling, though. As they’re a startup, they don’t have all the options open, including not being able to have multiple names on the same account, which is awkward when you have several people who need access to the account. But, in fairness, the customer service team were systematically quick and transparent in response to my questions. Moreover, whether interacting with Starling on Twitter or via the in-app communication centre, there was a coherent flow of messages.

All along the way, Starling was keen to have my feedback and, beyond just filling in surveys, I preferred to write a full blog post to show that I’m a genuine fanboy!

Is it possible to “copy” your customer experience?

In reaction to the upstart startups, the big banks are going to have to react. But it’s essentially a question of changing culture as well as reconfiguring the systems and processes to be lighter, more friendly and more in line with what the customer expects. Do they even know what we, customers, want? Copying culture, personality and speed is a hard cocktail to drink in large organisations. Anne Boden, the founder and CEO of Starling said in an interview on CNBC: “The big banks will try and copy everything we do,” [Boden] said. “The issue is, can they copy it and maintain and deliver it with small teams of people – hundreds of people – rather than with 10,000 people?” And, on this I am rather doubtful given my impersonal and deeply flawed experience at HSBC. If want to try out what a lovely banking customer experience could be/should be, give Starling a try!