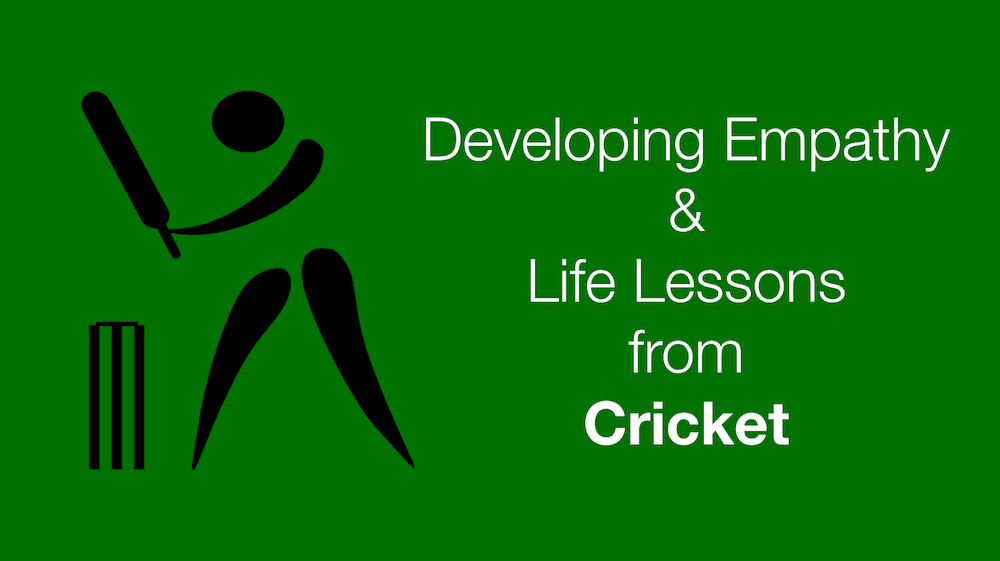 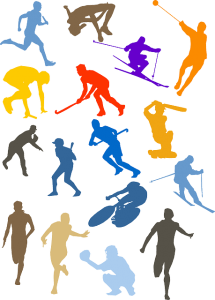 As I like to write, sports have played an integral part of my life. It brought me discipline, knowledge of my body and my limits, friends (and a few nemeses) as well as core values and a ton of life skills. In a chat with a lifetime cricketer friend, Tim Brocklehurst (who previously ran The Cricketer magazine), we discussed how cricket is a brilliant way to develop empathy.

There are three signature ways that cricket can help foster and strengthen the empathic muscle. Tim’s insights were as follows: 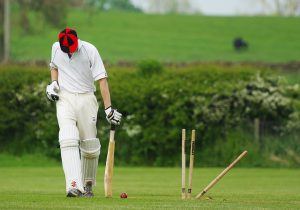 (1) When you go in to bat in cricket, there is one critical moment that everyone must go through: the first ball. This is when you have the risk of becoming a “golden duck.” That’s to say, you are out on the first ball. Every cricketer knows the feeling. It’s a humiliating experience. After padding up, warming up and taking the ceremonious walk out to the square where you carry the promise of a fine innings, you last all of 30 seconds and have to exit stage right, tail ignominiously between the legs. Despite all the competitive pressures, including internal rivalries, cricket encourages teammates to consider the feelings of being a ‘duck.’ You know how it is and you feel for the victim. It’s a great opportunity to put aside your own disappointment and fears as a teammate — even as the opposing team — as you attempt to get into his shoes and buck up his spirits.

(2) When fielding, there is the loneliness associated with making — or dropping — a ball. While not all catches are equal, there are certain balls, skied off the bat, that appear to stay in the air for ages. The ball seems to become smaller and smaller. Time passes woefully slowly. You hear your heart beating. The crowd swishes into an awkward silence, except you hear every gasp and every paper rustle. When the ball bounces out of your hand, you grasp for it again. It bobbles and falls agonisingly to the ground. Angst and shame follows. The loneliness is acute. The role of your teammates at this point is to pick you up. As much as everyone wanted that catch to be made, the new urgency is to re-encourage, re-group and continue battling together. Cricket is often about individual feats surrounded and supported by a team of 10 other individuals who could be the next victim of such a circumstance. This helps retain a certain humility and, similarly, instils empathy. 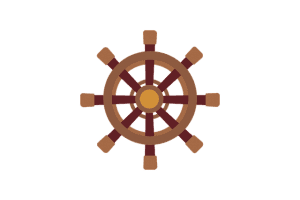 (3) Cricket is one of the rare team sports where the captain plays an active role virtually all the time when in the field. The reality of cricket is that the captain must decide every over (every six balls) who bowls (= pitches) as well as where and how the fielders are laid out. The fielders can be preset, but normally it’s an organic and intuitive process that evolves as the game moves along. Where the empathy is needed, as a captain, is in knowing how to coax and encourage the team to stay switched on and motivated throughout long stretches of time (especially in the case of 5-day test cricket). It’s needed in moments when taking off a bowler and putting on the next bowler while holding off on another candidate. It’s also needed in keeping all the fielders at attention, so they are ready to make that critical catch, run down an extra ball or throw back the ball to the wicket keeper with pinpoint accuracy to run a batsman out. The captain of a cricket team in the field is constantly having to assess the moods and swings of every individual, refining along the way his (or her) empathic muscle.

Life (and Empathy) Lessons Through Cricket

Although cricket is not played everywhere around the world, it has been known for its pacific qualities. Even two warring nations are wont to call it quits to enable the cricket match to take place. To wit, the latest Peace at the Crease initiative for the Commonwealth nations or the Cricket for Peace Australian-Pakistani initiative. Cricket is one of the few sports that can last over days. There’s a sense, Tim said, that you can compare the highs and lows of a single Test Match to life itself. @timbrock Click To Tweet