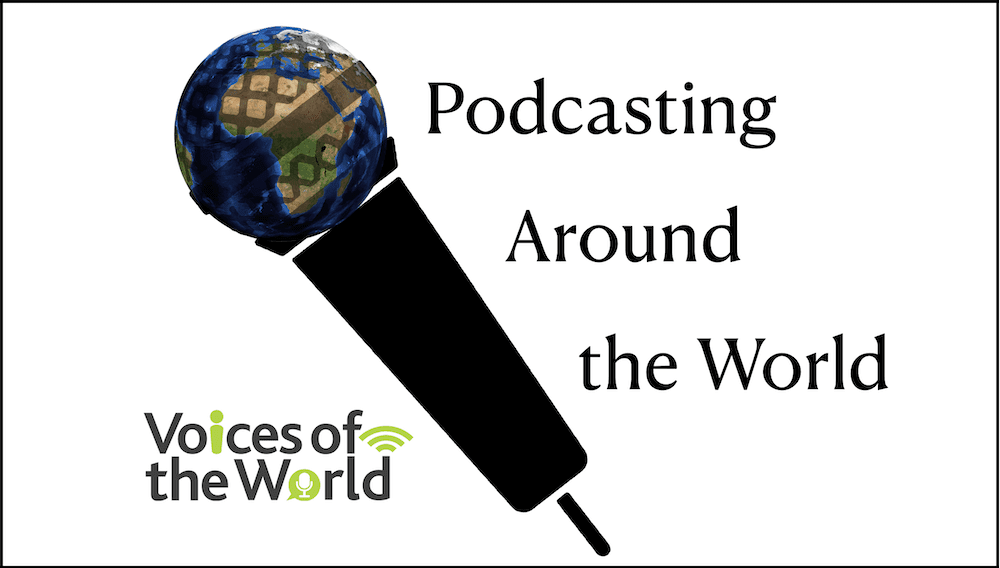 Podcasting is booming — not just in the West* as one might think. There is neither mystery nor doubt now, but around the world podcasting has gone mainstream. Apple just announced that in the month of June alone 133,000 new podcasts were created, bringing the total to over 1.25 million valid podcasts in their directory. Spotify is surely not too far behind, having also signed Joe Rogan and Kim Kardashian West as exclusive hosts. Among the fascinations, though, are the very different ways that podcasting is developing globally.

As we navigate mostly in the English language in the West where podcasting originated, it’s very easy to believe that Apple Podcasts and English-language podcasting are the main game in town. Nothing could be further from the truth. While the business of podcasting was evaluated at around $700 million in the US in 2019, headed to $1.1 billion in 2020 [Source: Deloitte], it was already estimated to be over $7 billion in China in 2018 [Source:  Marketplace]. Compared to the million plus podcasts announced by Apple and Spotify, the number in China is literally hundreds of times bigger. According to one source, there are actually 700 million podcasts in China. Granted, the access to and quality of the data sources is not entirely bankable, yet the scale of the difference is directionally correct. When one looks at the penetration of podcast listening habits for country, the United States (35%) and United Kingdom (21%) rank well below the leaders, starting with South Korea at 53% (of respondents having listened to a podcast in the last month).

Another point of fascination is to see how podcast production and listening habits vary in the different countries. But because platforms and standards are far from harmonised, not to mention the different languages, it is still difficult to capture a complete global view of what is going on in podcasting. Podnews.net run by James Cridland, who was a guest on our inaugural Podcast Festival in May, is an excellent source of podcasting statistics and latest news.

What explains the podcasting boom?

There are at least five elements that have combined to make podcasting take off in the West, knowing that in China, the real motor is most likely tied to the ingrained economic business model (where micropayments are dead simple).

Surely, the growth is only just begun. Also, I believe the West has a lot to learn from the markets in Korea and China, among others in the East. South America is a building market these days. And, wait until India and Africa start to pour into podcasting.

The “Voices of the World” festival

It is with this background, in the midst of a global pandemic and considerable social unrest with the Black Lives Matter movement, my two cofounders and I decided to launch the Voices of the World event. The ambition of our upcoming event, part of the Podcast Festival Live series, is to help unite the world around podcasting, exposing and sharing how podcasting is evolving and bringing podcast enthusiasts together to share in their passion.

The Line-Up at Voices of the World

Our event is July 15, beginning at 2:30 pm British Summer Time. Opening the event, back by popular demand, is Rockstar Activator Tom Morley. Tom previously was the drummer in 1980’s sensation Scritti Politti and his performance will be the perfect opening for the festival.

Our speakers are headlined by George the Poet, whose Have Your Heard Geroge’s Podcast? just won a Peabody Prize, the first time ever for a podcast outside of North America to have won this prestigious award. The second headliner is Dan Snow, the masterful host of History Hit. We have Lory Martinez, host of the Mija Podcast, and founder of Ochenta Studios, helping to bring local stories in local languages to the rest of the world. From India, we have Amit Varma, celebrated and award-winning journalist who is the host of The Seen and the Unseen podcast out of Delhi.

Finally, we also have Ning Yan, out of Beijing, China, who is the co-host of the podcast, A Thousand Whys. Yan will draw the curtain back on the exuberant world of podcasting in China, the business model and the specificities of the Chinese market.

How to get tickets?

I hope you’ll join us! N.B. Especially for podcasters, you’ll get a two-month free subscription from our sponsor Descript, the great editing and transcribing tool for audio files.

*To be clear the “West” as I term it includes Australia and NZ!