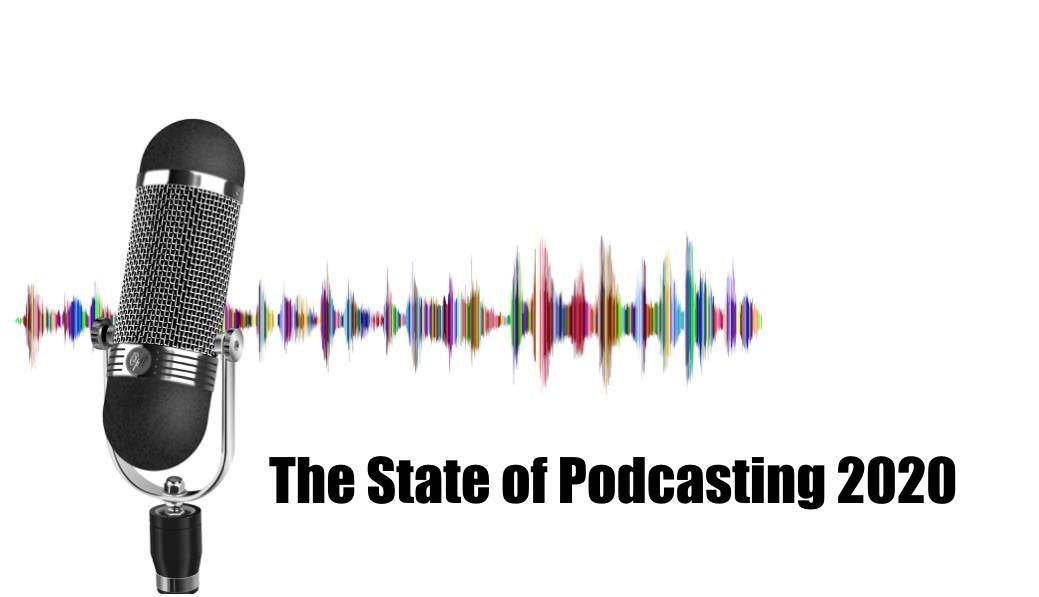 I wrote my first State of Podcasting update in 2012, a second in 2015 and a third in 2018 (aided by Nicolas Robson). I’m happy now to bring you the latest State of Podcasting 2020. In most countries, the concept of podcasting is no longer marginal. In the US, which only ranks 5th in terms of penetration worldwide, some 70% of adults now know the term ‘podcasting’ and 5/10 have ever listened to a podcast (32% in the last month – Source: Statista). In the West, in terms of the numbers, there’s been a consolidation around some of the big name ‘institutional’ players, especially among reputable media companies, e.g. NYT, WaPo, BBC, NPR (24MM unique listeners per month) and iHeartRadio (100MM registered users). Of note, Spotify has been in an acquisitive mode. That said, there are still independents with huge audiences, led by the Joe Rogan Experience which has upwards of 200 million monthly downloads. [Source: Marketing Charts] However, the big “new” story for this update is really China, where the bug of podcasting (播客) — in terms of production and consumption — has spread with far greater fervour than in the “West” (i.e. non Chinese) and with a built-in micro-payment economic model that may be far healthier. Most of my commentary below will concern podcasting in the “West” as data from China remains somewhat opaque or out of date. I develop each of these themes below.

How many podcasts are there?

People frequently say that there are now 850,000 “active” podcasts in over 100 languages. This is a big jump over the numbers cited two years ago (e.g. 550,000). The reality is that what constitutes an active podcast is still quite vague which makes pinning down the number difficult. Personally, I’d define “active” as having a new episode within the last month and at least three in the last three months. Secondly, and far more emphatically, this statistic completely ignores the Chinese market, as I’ll explain below, where there are now around 700 million podcast hosts (albeit some have just a unique episode). Yes, that’s 800x the number we talk about in the West.

Staying just with the “western” podcast ecosystem, with a total of 30 million episodes as of January 2020, that means that, on average, each podcast has 35 episodes (which is consistent with the average number in 2018). I would love to see the real bell curve, meanwhile. When you’ve got the likes of Joe Rogan (1438 episodes at time of writing), Leo Laporte’s TWiT (760) and Mitch Joel’s Six Pixels (713) among independents and sites like the BBC pumping out two news updates every day, you know that many podcasts have just a few episodes… and most are sporadic, at best.

The world of podcasting

As this graph from Statista shows, the popularity of podcasts is spread out over the world, led by South Korea then (surprisingly) Spain. Accordingly, you know that there must be a lot of foreign language podcasts that the “West” (read: English speaking) isn’t really aware of. The big surprise for me in the chart below is that lack of China… seeing as there are 530 million users on Ximalaya alone (more on that next).

As reported in my 2018 report, the Chinese have truly taken on board podcasting, disrupting the numbers and methods in many innovative ways. Different from the West, the Chinese have embedded in their podcast eco-system, a convenient micro-payment model. It’s a pay-for-knowledge system. The hockey stick curve began in 2016, driven by a hunger for knowledge. The China podcast market is dominated by premium content, which revenue far surpasses ad-supported revenue. It was estimated to be north of $7 billion business in 2018. [Source: Marketplace] The Shanghai-based Ximalaya, founded in 2012, is the market leader with over 530 million listeners who listen to 1 hour 47 minutes hours on average every day. [Source Abacus] Users pay a monthly subscription of between $3-5. The company’s now apparently valued at over $3 billion. There are several other large players, Qingting, Lizhi (Lychee), YLYK (200MM users), Duoting and Koala, each with well between 150 and 300 million listeners.

I suggest to keep an eagle eye out for the Ximalaya-inspired Himalaya that was launched, out of San Francisco, in Feb 2019 and raised a purported $100 million funding. [Source]

Business model of podcasting (in the West)

The business model of podcasting is far from set in the West, where we continue to pay attention to “earbuds,” and the measurement per thousand downloads. If Joe Rogan’s making a killing, he’s a complete outlier. Advertising revenues were said to be over $860 million in 2019 in the West and are projected to hit north of $1 billion in 2021, according to the IAB and PWC. [Source eMarketer] The most sensible model seems to be around targeted sponsorships, where there’s a link between sponsor and a committed audience around a specific topic. 2/3 of the ads last year were host-delivered (pre-, mid- or post-roll), which makes the ad feel more like an influencer endorsement. You continue to see podcasters playing with different models. In the case of Sam Harris’ ad-free Making Sense, for example, he chose to move out of free-with-optional-donations to a free+subscription model ($50/year) with exclusive content.

In the realm of making money, there are now plenty of companies helping to facilitate the link between podcast producers and sponsors or advertisers, to wit: Backtracks (out of Austin TX), ThoughtLeaders (Israel) or my friend, David Yakir’s Podgeist.com.

As a podcaster, something else I’ve observed directly is the rise in the number of unsolicited requests to be on my show. There seem to be many podcast booking agencies whose sole purpose is to get guests on shows. As a result, I have developed a policy to manage these incoming requests. The approaches are becoming more standardized, even professional, including a podcast tear sheet replete with a bio and suggested topics of discussion.

I was fascinated to see that podcast listening habits are radically different between the Americans (Adobe CMO) and Chinese (Nanjing Marketing Group). While I’m sure that both do multitasking, the data shows that Americans listen mostly on the commute and/or while driving in the car. In China, probably related to lesser “car culture,” the consumption related to learning skews toward listening while resting or just before going to sleep. The American survey didn’t have these as options, although I can say that I personally certainly do a fair amount of listening in bed (including if/when I wake up in the middle of the night!).

The good news is that we’re beginning to see a lot more data for podcasters. Specifically, we’re beginning to get more robust dashboards from the likes of Apple Podcasts, Podchaser, Stitcher, Spotify and Buzzsprout. It’s now quite easy to see your listener habits, number of subscribers versus non-subscribers, country of listener, device used, and many more. Look to see more and better data coming over the next 24 months.

As a client of Buzzsprout, I’ve been happy to see the rise of good advice and content on their site on how to make my own podcast better and distributed more widely. But they’re not alone. There are now scores of sites that are providing updates on the industry, solid advice and insights. I call out for special mention: TopRankBlog, HotPodNews and MarketingProfs (subscriber wall).

If in 2018, the Intellectual Dark Web seemed all the rage, the sheen is off. Yet, there are a cadre of individuals (and sometimes pairs) who have gained significant audiences, achieving a material platform that can be lucrative. Joe Rogan apparently rakes in a tidy $200,000 per episode and purportedly has a net worth of over $25 million. Other stalwarts include Sam Harris, Jordan Peterson, Eric Weinstein, Ben Shapiro, Dave Rubin and another favourite of mine: Femsplainers, with co-hosts Christina Sommers and Danielle Crittenden.

Podcasting is the new blogging? This phrase has been around since 2014 (Seth Godin seems to get all the credit, though, thanks to his 2018 blog post). In terms of a new angle, however, I do believe podcasting has become a more mainstream accoutrement among bigger names as an alternative outlet for more content. I take, for instance, the musician Jessica Ware (4 albums to her name), whose podcast Table Manners sort of eclipsed her music. I highlight also Professor Scott Galloway, who’s co-host with Recode’s Kara Swisher of the Pivot podcast.

As the world of podcast makers becomes evermore crowded, the resolve and longevity of independents will be tested. It will take developing a strong following of fans and, probably, some kind of complementary marketing in order to help keep the average independent’s nose above water.

Another big trend over the last couple of years has been the rise in the branded podcast. Alongside the business school (Wharton, INSEAD…) and consultancy podcasts (à la McKinsey which has 9 separate podcasts, Deloitte, PWC, IBM…), there are some brands that have done a reasonably good job of using the medium of podcasting to carve out a niche. Brands with podcasts include JNJ, Basecamp, ZipRecruiter, McDonalds and Blue Apron. None could be considered absolute barnstorming successes and longevity is an issue. Yet, their episodes do remain available as a long tail and stand testament to the brand’s innovative spirit. For McDonalds, for example, The Sauce was launched in reaction to a PR problem. On balance, you get the feeling that branded podcasts are more a figment of an individual during a stint of his/her career.

Spotify has been making a bullish charge into podcasting. Podcast consumption hours on Spotify rose nearly 200% following its recent spate of acquisitions. The most recent purchase was of the sports site, The Ringer, its 4th acquisition in the podcasting space in the last 12 months. They spent around $400MM last year buying Gimlet Media, Anchor FM and Parcast. [Source Vox] The most interesting play by Spotify would seem to be its tapping into verticals with a dedicated audience. Another buyer has been Entercom (radio.com) that bought two production companies, Cadence13, with a near $50MM valuation, and Pineapple Street Media for $18MM. [Source Vulture]

The future prospects of podcasting

This, that and the other

YOUR TURN! I’d be delighted to hear what you think of this article? What surprised you most? What trends have I missed or got wrong? What do you think of the future of podcasting?