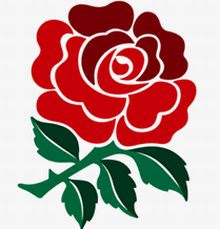 The first quarter finals match-up of the RWC 2007 between Australia and England has just ended with an absolutely stunning 12-10 win for England. This match reminds me why I love rugby and truly lets me feel patriotic for the Rose of England. Following the game alone in Paris meant that my only outlet was Twitter and sms. But Twitter doesn’t exactly allow a conversation to ensue.

The emotion that I experienced in the 2nd half was very intense, an intensity that is missing in so many sports games I watch. Pure gutting it out. And the late game misses-by-inches by both Wilkinson and Mortlock absolutely kept me holding my breath.

I must admit that I had written this game off. The chances that Australia would let England beat them again… seemed obscenely unlikely. The warmer weather eliminated the “fault of the rain loss” in 2003. This was a game won on defence and by the scrum in particular, with several lost rucks and set scrums for Australia. England only conceded 5 penalties to 9 against Australia. Possession was basically evenly split, with equal occupation in the opponent’s 22m.

This was a truly exhilarating match up, with a fully surprising result, but, to my reckoning well deserved. Now to see if France can replicate this evening against the Blacks!

A couple of blogs that have commented:
Someone caught the BBC with a little error 129-10, Signs of Emergence
From down under, Global Warming Watch, with gentlemanly wishes to England.

P.S. What curious timing for Gordon Browne to call off an early election!