We all need a role model. Call it a (Wo-)Man’s Condition.* I have found this true for me in life as well as in work. Among other things, a role model or icon helps to inspire you and shape your response to unknown situations; and it is in those moments that people can become bigger than life. But, for me, my icon is somewhat fragmented. Depending on the subject (spiritual, leadership, sports…), sometimes it is one singular person, sometimes it is a composition, and sometimes it is fictional. And what is true for the ordinary layperson is also true of the big leaders, corporate, humanitarian or political: we all need a role model.

Any politician that is wanting to make a name for him or herself normally will have identified a few icons to look up to. These icons can serve as models for behaviour, benchmarks for how to construct a career, make a speech or set an agenda. And there is no dearth of choice of big name leaders in the past.

Moving to the US Presidential campaign, for Senator McCain, you tend to think he is anti-iconic to the extent he is the maverick, not that there has never been a maverick before. All the same, McCain apparently takes stock from Teddy Roosevelt (see this article by Jill Zuckman from Chron.com).

I have been wondering, meanwhile, at the comparisons drawn between Senator Obama (D) and President Abraham Lincoln (R). Certainly, there are many articles, blogs and chat rooms that have taken up this story. The fact that Obama made his coming out speech (announcing he would run for President) in front of the Old State Capitol where Abraham Lincoln served as a legislator has no small part in beginning this thread. 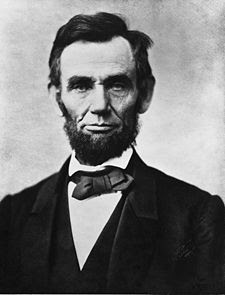 Here is recap of the similarities between Obama and Lincoln:

* they both came from humble backgrounds in Illinois
* both were lawyers
* served 8 years in the Illinois State Legislature
* 1 term in Congress
* neither served in the military
* and race is clearly a defining part of their Presidential campaign.

A television report from CBS, with an interview of Professor Daniel Weinberg from Illinois, discussed some of the similarities between Obama and Lincoln.

However, this NYT article by Michael Cohen prefers to compare Obama to Frederick Douglass, the abolitionist leader (not to be mixed up with Stephen Douglas, Lincoln’s opponent in the 1860 election campaign). Douglass, ironically, was more commonly known as a critic of Lincoln, although, as Cohen writes, Douglass, in the latter part of his life, also openly lauded Lincoln.

There are two lines that I wish to reproduce from Cohen’s article. He writes that, what may define Obama’s presidency if he wins, is: “one campaigns in poetry but governs in prose.” And, secondly, I also enjoyed the last line of Cohen’s article: [If Obama wins in November, he will likely look to] “…prove the elder Mr. Douglass correct by seeking out the proper balance between what is right and what is possible.”

It is interesting to note that Douglass was nominated as VP of the first ever woman US presidential candidate, Victoria Woodhull in 1872. Douglass refused the nomination. It should also be said that there is controversy as to whether Woodhull was actually a legitimate candidate (age, not on the ballot, etc.). 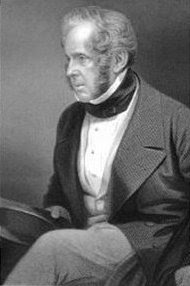 In any event, if I were to choose my own political icons, in no particular order, I personally would cite Prime Minister Winston Churchill — the right person for a difficult time. Secondly, I would view NY Mayor Michael Bloomberg as a good maverick icon to look up to — anyone that brings ethical business sense to politics is good news. Thirdly, I would like to mention Rudy Giuliani for his leadership pre- and post-9/11. Fourth, I would have to cite Mahatma Gandhi — proof that a single individual can move a mountain. And lastly, going further back in time, I am inclined to think of Prime Minister Lord Palmerston, the master of brinksmanship. But, in each case, what they stand for is hugely contextual. You need to find the right pitch for the times. Not that I am running for President (I cannot as I was born overseas), but it is a good exercise to stop and think over who your role model(s) is (are).

And who are your role models in business, politics or life?

____
*Not to be mixed up with Malraux’s La Condition Humaine.