At the NetExplo Forum 2009, I attended the Obama_online presentation by Tom Gensemer, Managing Partner at Blue State Digital (BSD), who explained the inner workings behind President Obama’s online campaign. Gensemer, who is not one to hide his partiality, gave lots of insights as to how to make an online political campaign effective — insights that carry over well into the business world.

First, here are some numbers about Obama’s “online” campaign:

For all the President 2.0-speak, this campaign excelled more in its presence online (more like a 1.0 approach) than for being a truly web 2.0 interactive campaign. The messages were evidently very controlled and, yet, by being touch with the communities, there was plenty of interaction. By mixing beautifully the on- and offline communication, the Obama team clearly mastered the art of feeling interactive via their effective grassroots mobilisation.

So, some guidelines to retain for creating your own campaign, political or not:

In order for an online campaign to be successful, there are some basics that need to be understood by top management. 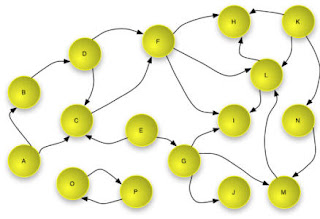 In a sidebar conversation with Tom, I was able to glean some insights as to how they managed to gain the budget for their activities. The first point was that the campaign already had some money which made it a little easier. But, the way they won the bid (they learned about it just 10 days before the campaign began in Feb 2007) and the way the budgeting progressed was by setting bite size measurable objectives. At the outset, the goal setting was all about acquiring emails (always with the mantra of linking each communication with an action…). Thereafter, the number crunching revolved around the number of email addresses that remained “live”, the number of people that contributed, responded or acted on one or other request. Blue State Digital clearly have a very good and immediate metrics system.

For me, my biggest takeaways from Tom’s presentation were that the success of the campaign was brought out by these two fundamental considerations:

The revelation in all this? Business can learn from politics.

Whereas I think that business principles are gravely missing from political processes, the way that BSD and Obama ran this campaign (call it “integrated sales & marketing”) is certainly a case study for businesses. For companies that are not as interested in totally letting go, there are still ways to involve and engage the consumer without succumbing to too much web 2.0 freak speak. The message was controlled, yet it looked and felt legitimately inclusive. Interesting, no?

You can read more about the Obama case study on the BSD website here.