Brand Building: The importance of Transparency and where to place the limits. Part III of a 4-post series 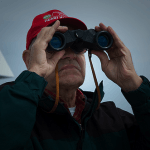 Having discussed the issue of transparency at the governmental and societal levels, as well as the enlightening role of the Internet in the two previous posts, this third post is dedicated to the implications of transparency for a brand.  If transparency has its merits in the bigger picture, for the business world, the question on the limits of transparency is far from settled. Looking at branding, transparency is, more and more, a considered attribute. For example, transparency or the legal obligation to be honest on the full ingredient listing (albeit still shrouded in incomprehensible terms) has had a significant role in the food and cosmetics world.   To the extent that brand building now must occur via a blending of the real and virtual arenas, it is critical to keep a coherent presence; transparency will inevitably be a key driver in guiding companies to create their marketing strategy.  However, in a world of abundant information, too much information kills the information.  Can too much transparency kill progress? Transparency rhymes with honesty, integrity and trust.  But, that does not mean that a company must air its dirty underwear or reveal its industrial secrets.  The question is to establish the appropriate boundaries for transparency.  How much transparency is needed and how to judge when is it dispensable?

Darty and Domino’s Pizza present two recent and very powerful and opposing cases as to why transparency is a good thing for a brand.

In the case of Darty (a very popular electronics retailer in France and a wholly owned subsidiary of KESA plc), investigative journalists at France2 (a public television station in France) uncovered via ex-employees the tactics employed to flog excess stock whereby, at the beginning of each day, floor salespeople are given bonus commissions on certain items.  The show also highlighted the unethical nature of the extended guarantees and how salespeople are trained (via hidden camera) to hard sell the guarantees to the clients via fear and pressure.  Suffice it to say, but the blogosphere and forums are buzzing with a tsunami of negative comments.  If companies do not mind the ethical nature of their business practices, it is highly unlikely that employees will feel comfortable staying mum (much less when they become an ex-employee).  Increased transparency forces the hand of companies to render justifiable their policies.

The second instance concerns Domino’s Pizza, which took the bold position to avow the latent unhappiness of its customers in the quality of the pizza being served.  In what was clearly a roll of the dice, the President, Patrick Doyle, spoke with what can only be considered a transparent unveiling of the lack of love for Dominos – specifically pulling on comments in forums and blogs.  Here is the 4+ minute video.

The Domino’s financial results (released March 2, 2010) indicated that traffic in the 4Q09 was up and indicate that, at least for now, the gamble has paid off.  If the store traffic might also be just a reflection of the consumer “testing” the improved pizza (need to see the level of returning customers), there is reason to believe that the customers appreciated the transparent tone of the message.

Notwithstanding the evident consumer appetite for a transparent dialogue, brands are also built around other ‘value-added’ notions and faculties that include trust, story-telling, myth building and seduction.  How much transparency is needed or desirable in each of these areas?

Transparency and Trust. Building trust is going to be one of the key battlegrounds of brands in the future, in large part due to overcome the effects of the abusive marketing. If marketers as a breed — and advertising as their medium — are held in such low esteem by consumers, the lack of trust has rendered the consumer more fickle and suspicious.  Moving forward, I believe that transparency will be needed in inverse proportion to a deficit of trust meaning that brands will need the humility to recognize if/when their customers have lost confidence.  Yet, just by being transparent, trust is not assured; it still needs to be earned.  As a starting point, in matters of consumer security (e.g. health), pricing, product ingredients and after-sales service, a brand must imperatively be clear, honest and precise.  Considering the surfeit of information that swarms around the internet, one of the challenges for companies will be to render their information credible and reliable and, not just on their own institutional website. The source of information will become ever more important—implying heightened, if not perfect, transparency. 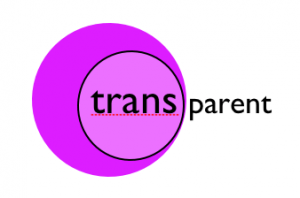 Transparency and Story Telling. In terms of the consumer experience, all brands in search of providing a value-added proposition need to create or find their story.  The most powerful stories are both human in their origin and personal in their recounting.  A brand with a spokesperson, capable of capturing the energy of the brand and transporting his/her audience through the story, is a powerful – if not essential – arm.  A brand whose every employee is able to carry the story in some form or other is an even stronger proposition.  In order for such corporate-wide storytelling, internal transparency is a non-negotiable.  For story-telling to be effective, that said, it is important to keep the chapters and key messages reasonably simple such that the consumer is not bombarded with a deluge of conflicting stories.  In this case, one might subscribe to telling the truth, but not the whole truth in order to create a singular, compact message.  Managing the “transparency” in the art of story telling is necessary.  Moreover, storytelling usually involves post-rationalising events of the past to create the “history.”  That said, honesty and integrity are vital for the long-term health of the story.

Transparency versus Mystique. Some brands – typically, though not necessarily, more upscale – need to cultivate mystique and myths.  This mystique is part of their charm.  Meanwhile, supreme luxury and discretion would seem to defy the ideals of transparency.  The Super Rich prefer to consume, indeed live, with a degree of secrecy.  The line between mystique and transparency is a fine line.  In the case of a brand such as Hermès, it has managed to retain an air of mystique while remaining authentic and honest.  To create “an aura of heightened value” (definition of mystique per the Collins dictionary), a brand must imbue that mystique with relevancy for the consumer, to capture his/her imagination, feed the curiosity or flatter the ego.  As a client becomes more attached to the brand, the closer he/she feels the brand is echoing his/her inner, personal self.  Such mystique can pass through creating “VIP” status, sophistication in personalised messages and precision in the smaller, almost imperceptible details.  Chanel’s recent communication, inviting consumers to discover “behind the scenes” of the rouge coco lipstick ad with Vanessa Paradis is a fine demonstration of how to play mystique in a more transparent manner.  The site includes the “making of” the ad and commentary from the creator, Peter Philips.  This mini site gives a distinctly human feel to the product: a winning production and in line with Chanel’s culture.

Transparency versus Seduction & Surprise. At times, the branding exercise requires a dose of seduction.   Just as in a romantic relationship where seduction is an ongoing process, a brand must continue to seduce its customer base.  Seduction involves luring, enticing the other [curiously, all the way to “leading astray, as from the right action” per Collins online dictionary.]  And, in seduction, the element of [positive] surprise is a vital ingredient.  In the brand experience, seduction and surprise can include innovation, but also unexpected acts of kindness, consistent, that is, with the brand’s values.  For the surprise to have a lasting, powerful effect, there is a need to have integrity, authenticity and coherency with regard to the brand’s values.  However, tactically, a surprise needs a degree of “cloak and dagger” planning to enable the surprise to be pulled off. 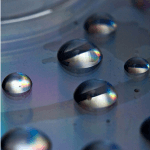 In today’s hyper-informed world, most consumers are confused.  In the confusion, they are likely to seek safe harbour with the more trustworthy brands – including relying on the talent and the exigency of the buyer at the distributors. A consumer’s decision to buy is composed of a collection of information coming from friends, experts and institutions via the many media platforms and points of sale.  It is a complex environment for a brand to keep up appearances when it knows full well it has something to hide.  Ducking of the eyes and looking at one’s shoes are just not possible for a brand representative to convince a customer. If transparency is to be orchestrated successfully in business, the company’s culture must be suitable to openness.  Depending on the level of secrecy in the past, a company cannot go “full monty” overnight.  A consumer will probably not trust such an overture.  Moreover, the staff will have trouble adjusting, too.  Being truthful, coherent and relevant requires an organisation to be coordinated and aligned behind specific company values and company culture.  The last post in this series, which will be published in a week, will focus on the issues of transparency regarding internal management.

If you have read to the bottom of this article, you probably deserve a medal.  That said, I would deeply appreciate dropping a comment!