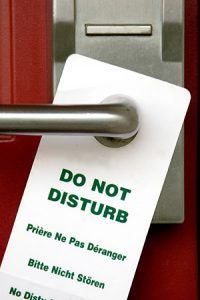 (Update July 28) With the massive leak of over 91,000 documents from the US Army operations in Afghanistan to Wikileaks, the notions of security, confidentiality, privacy and piracy have hit the front pages of mass media around the world.  The role of the internet and the oversight of governments on issues of privacy, in particular, is likely to become a focal point in cabinet meetings, board rooms and at dinner tables alike.

Whether you like, love or hate Facebook, it and its smaller peers are having an impact on every level of life.  With Facebook now hitting the half billion mark worldwide (of which 110+ million in the US) and Facebookers spending some 7 hours per month on average on this social media, businesses are now ramping up their involvement everywhere.  But, considering its scale, you now have to believe that governments will ineluctably start to intervene on this media and on the issue of privacy.  The real challenge for politicians around the world will be keeping up with the rate of change.  If you consider the length of time due democratic process takes in government, by the time a law is written, the playing field will surely have shifted and new players will have taken root.

For example, the US Senate has recently put the subject of consumer protection on the table (see Fast Company article here covering the ongoing discussions).  However, the issue is far from new and the discussions, which began in April, keep on rolling along and nothing substantive appears to have been put on paper other than a letter of concern to Zuckerberg.

Meanwhile, there have been some governments that have gone the draconian route and banned access to Facebook such as China and Iran (due to political control), and Pakistan and Bangladesh (due to “sensitive” cultural issues) .  Other governments have weighed in about the incursions into one’s private life.  With the ever wider transparency of a Facebook user’s profile on the web, it would appear that Facebook is singlehandedly defining the boundaries of what is personally publishable to the public and what should be personally private.

In some regards, the different ways governments are reacting to Facebook is symptomatic of the cultural divide(s).  While the US Senate considers protecting the individual from unsolicited viewing, Facebook is widely used in the recruitment process and, apparently, is also usable in the court of law or by the IRS.  The American Academy of Matrimonial Lawyers indicated in press releases that 81% of its members have seen an increased use of evidence from social networks, 66% of which cited Facebook as the main source of evidence, followed by MySpace at 15% and Twitter at 5%.  In August 2009, the WSJ wrote up this piece “Is Friending in your Future? Better Pay Your Taxes First,” about the use of MySpace and Facebook by the taxman (IRS).

If you sit back, you can observe that social media is playing an evermore important role not just in mainstream life and helping to keep in touch with your friends and family around the world, but in recruitment as a CV, law courts as evidence, politics as an opposition statement (Iran…) or to rally voters (Obama…), disaster relief (Haiti, Iceland…) and even taxes and criminal investigation for illicit dealings.

It will be interesting to see how governments rule on the issue of privacy and how much/if the consumer will indeed be more protected or outted in the end!  If a central tenant of democracy is anonymity, it stands to reason that privacy should also be protected.  What are you thoughts?  What level of intervention should a government be allowed?