After a week of heavy usage, I have come to find Foursquare a bit too square.  Here is the story.

Over the last year, I became quite a fan of Foursquare (an application that provides you & your friends new ways of exploring your city via your smartphone), having been sucked into the “game” component.  And, for the most part, it has been quite fun.  With reasonable consumption, it has been a way to amuse myself as I walk along the streets of Paris.  For a gag this week, for the first time, I decided to see what it would take to hit the #1 spot among all the Parisians on Foursquare. As of the last count on this Sunday afternoon, I am riding on top… with just a few more hours to go. 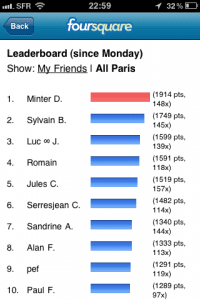 A hot race to finish first in Paris

However, having dived deep into the Foursquare game, there are several things to note about Foursquare as it evolves: 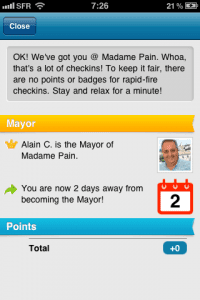 Whoa… too many checkins

UPDATE: At 23h54 on Sunday night, I mad my last three check-ins to just nudge out arch rival Sylvain.  (I have the proof!).  Monday morning, I woke (a bit groggy) up thinking maybe I would have some form of recognition, from someone.  Nada.  Zilch.  Diddly squat.  What did I accomplish?  Hum!~  I went to the ‘end game’ and found that the result was quite unsatisfying.  Foursquare remains a bit too square, I guess.  I am going to hang up my Foursquare gloves for a while. 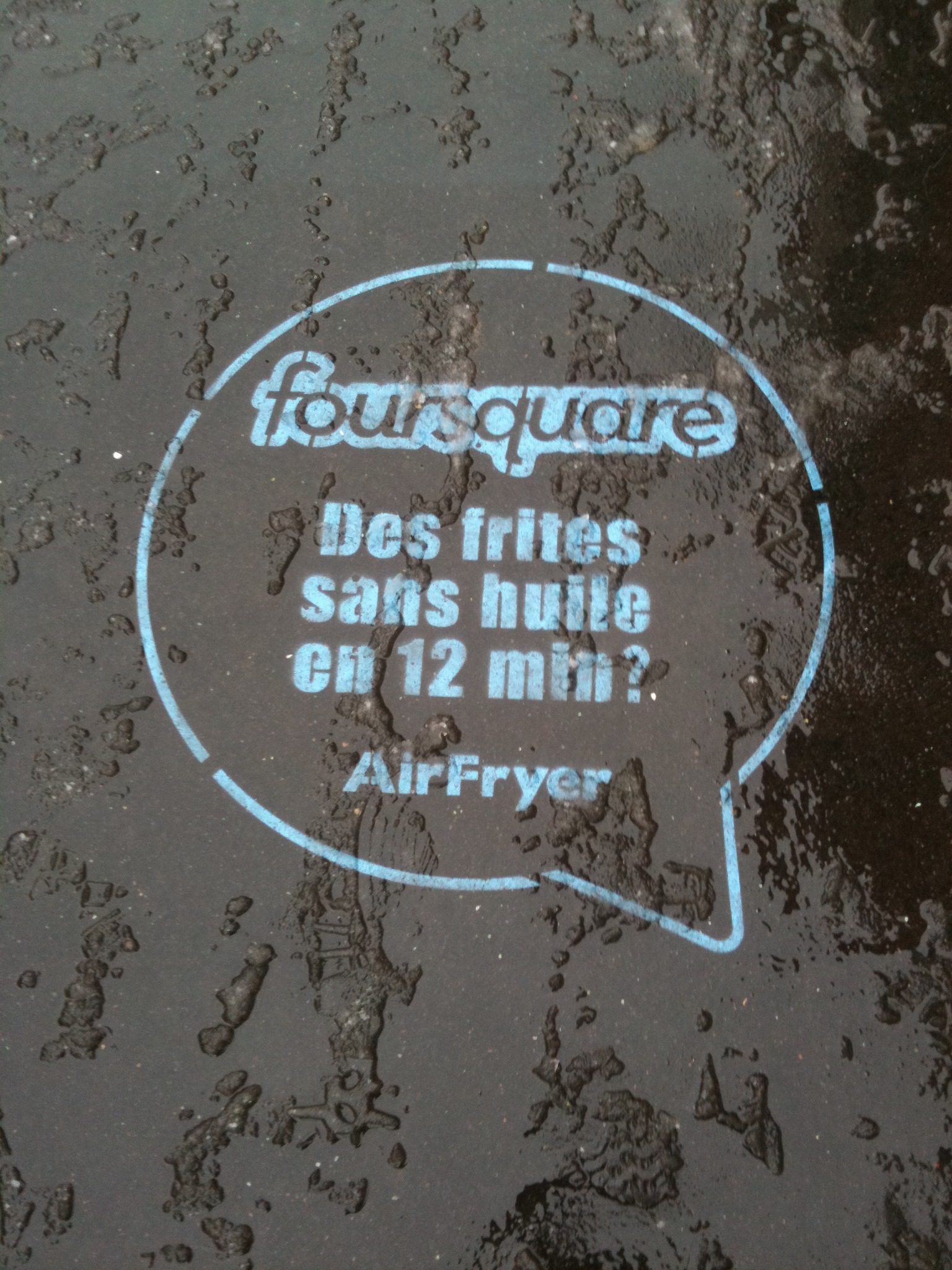 Overall, I must avow that Foursquare does not provide much social value in its current form.  Few are the companies that are getting in on the act here in Paris (although, as seen on the right, I did find this AirFryer ad that was drawn on a sidewalk).  Ultimately, if Foursquare is to impose itself in the geo-localisation space, it will need to provide some other form of value added.  Despite my high (read: excessive) number of check-ins this week, I have had less than a handful of tips and absolutely no interaction from any commerce or other Foursquare player.  Not very social or contagious.  Clearly, the application has a long way to go to become a game changer!

Once I will have finished out the week on top (the “contest” ends on Sunday night), then I will likely take the foot off the peddle.

What is your feeling about Foursquare?  Is it lying dormant before the storm?  Is there an unexplored opportunity that businesses are missing?