How much character in 140 characters

Adding character to your 140

It is not about how many characters, but how much character your tweet has.  What is a character? In short, I’d say it’s a type of personality.  The dictionary definition says that character is the combination of qualities or features that distinguishes one person, group, or thing from another.  So, what happens when you put 140 characters together in the same space?  Of course, in the world of Twitter and social media marketing, the 140-character limit takes on a whole other meaning.  But, as brands, politicians and personalities take to the Twitter platform, the question I have for them is:

It is not because the number of characters is limited that one is forgiven for not providing interesting content and personality.* 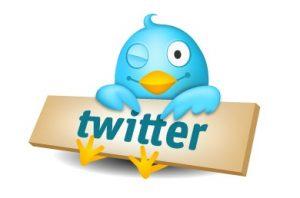 There has been a little “fatigue” with Twitter recently, specifically with the onslaught of single issue twittering (read: #DSK or Cannes).  All the same, as the Twitter phenomenon continues to roll out around the world — and I believe Twitter could experience a veritable tsunami itself in 2012 with the confluence of major events including the Summer Olympics in England and five headline Presidential elections — the twitterati will need to learn to refine their Twitter strategy to keep their followers engaged.  One of the keys is to make sure that your twitter messages are and reflect your character.  People will  tend to review you and your Twitter presence by the merit of your last three tweets (think the top three search results on Google).  So, you will always want to stay “on character.”

In a continuing desire to understand the readership of this blog, please take 10 seconds to answer this quickie survey on Twitter.  Thanks!

*As I wrote in this post Twitter All About Character(s) in Japan, the ideogram-based languages (Japanese/Chinese) allow for much longer messages in 140 characters — turning Twitter more into a blog rather than a micro-blog.