The internet of things useful… arrives

Having heard Cedric Hutchings, co-founder and CEO of Withings, speak at LeWeb 2010 last year, I had the chance to meet him at the Université d’Ete 2011 for the MEDEF (an organization for French business executives and entrepreneurs).  If I had to summarize, Withings is the real beginning of the “internet of things.”  And, in the case of Withings, it is things that have to do with your health (at least thus far).  The company designs and sells connected objects, “as well as the associated network platform and software applications associated with these objects.” 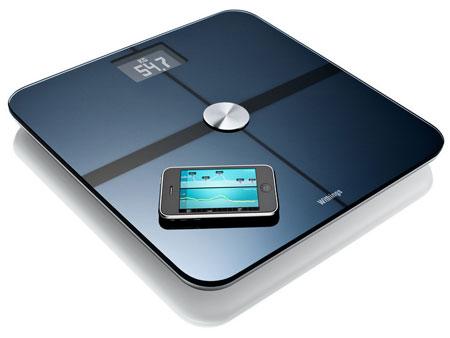 I took this sentence which speaks volumes about the exciting potential of this field, from Withings vision statement: “After modifying our daily relationship with the computer with the web, then with telephony and television services with telephony and television on IP, permanent broadband access to internet networks opens the way to a profound revolution of everyday objects.”

Presently, the company has three commercialized products, of which the first, the WiFi Body Scale (available in black or white) with which you can tweet out your weight. The other two include a Tensiometer which measures and tracks your blood pressure, as well as Baby Monitor (scoop: it’s due out in October).

Cedric also talks about his affiliated marketing program which involves 3rd party players, who can integrate services in and around the instruments that Withings produce.

He also speaks to the future of health data on line and the folding of the Google Health initiative (which I thought was a neat concept, albeit poorly executed).

Cedric Hutchings (35) holds an engineering degree from the Ecole Centrale of Paris and a Masters from the Massachusetts Institute of Technology (MIT).   Prior to starting Withings, Cedric worked at Inventel where he managed the launch of residential wireless gateways, then at Thomson as marketing director of domestic products in charge of developing residential offers.

To find Cedric Hutchings and Withings:

Meanwhile, you can find my other English-speaking interviews on the Minter Dialogue Radio Show on Megaphone or via itunes.  And for the francophones reading this, if you want to get more podcasts, you can also find my radio show en français over at : MinterDial.fr, on Megaphone or in iTunes.