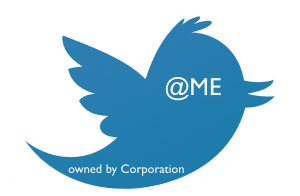 In December 2011, I wrote up the saga about Noah Kravitz (see the original post “Social Media Ownership” here) and the issue of who owns your social media profile while you are working for and/or representing a company or brand.  It is a tricky question.  In this case, Noah had built up a solid Twitter following while working at his company, SnoopDog; but, after he left, the company tried to reclaim his followers.  There are a lot of particulars that make this case “unique;” but, it had the merit of bringing to the forefront this issue of social media ownership. In this instance, the update (via The Next Web) is that the courts have upheld the case and accepted SnoopDog’s claims.  However, the case goes on.  In the meantime, Noah gets to keep his 24K+ followers.

Building up your social media credits

There are a myriad number of elements that go into the building of a following.  For example, the fan base may be a function of different ingredients, such as:

For some brands, they have clearly paved the way forward with specific handles (@usernameBRAND), such as with ComcastCares.  Others have a brand name account (@Brand) that is managed by individuals who tag their tweets with their initials or other identifying marker (e.g. “^md”).  But, for the vast majority of companies, there is a lot of predictable heartache about to happen regarding @ME accounts.

On a brand’s official Facebook page, the issue is not relevant.  However, for other social networks where the profiles are those of an individual, including the LinkedIn or Viadeo professional profile, Google+, Pinterest, or an individual’s Facebook fan page (not the individual ‘personal’ profile), they could come under the same remit.   It should be noted that the challenges are substantially different whether we are talking about the official handle for an SMB versus one of 100,000 employees in a large MNC.  In either case, all the same, the issue needs to be addressed.

My position on the matter is that, the very act of wanting to gain control of an individual employee’s social media profile is anti-philosophy.  For an individual’s account, it is likely that the more liberty a person is given, the more potential for that person to gain a flourishing following, but also to make bigger mistakes.  Good practice, in my opinion, would include a mix of the following:

BOTTOM LINE: The risk of losing a good employee is not as important as the fear of losing an individual’s Twitter following.

It is a still untapped question.  I would be most interested to have your opinions!

I'm Minter Dial and I serve my clients by elevating the energy and connecting people and ideas. I relish being an engaging professional speaker on leadership, transformation and branding with a specialization in digital transformation since 2009. I'm known for being someone who walks the talk and delivers on or above expectations. I'm the author of three award-winning books, including my last book Heartificial Empathy, Putting Heart into Business and Artificial Intelligence that won the Book Excellence Award 2019 and was shortlisted for the Business Book Awards 2019. My newest book on leadership just launched, You Lead, How Being Yourself Makes You A Better Leader. It is published by Kogan Page and is available at all fine e-tailers as an audiobook, ebook and paperback.