Do you get it?

In these changing times and an evident sense of disorientation, we are quick to latch on to success stories.  There is a certain urgency to get “it” as if there were a magic wand, single solution.  We will want to draw lessons learned and inspiration from leaders who seem to have made “it”.  Two such

leaders that come to mind rather regularly are President Obama and the late Steve Jobs (pictured together right by Pete Souza at a Silicone Valley CEO dinner in February 2011, attended by a cast of stars, including Mark Zuckerberg, Eric Schmidt, Larry Ellison).  And, I can imagine many a CEO looking at their successes and asking themselves how can they get a piece of that action?  My belief is that the first port of call must be the mirror and their own back garden; for, if one is not lucid about oneself, the opportunity to learn from someone else’s example is highly unlikely to work.

Both Jobs and Obama present markedly different leadership styles — proof, in itself, that there is no single magical recipe.  Let’s dissect some elements of their style and success.

How do you define success?

Perhaps, this might be where both Jobs and Obama share a point in common.  Both are/were animated by a need to “make the world a better place.”  As such, they inspire(d) those around them to rise to a higher plane, behind a higher mission.  Most leaders will tend to reduce success to the financials; at best, they will intellectualize the answer as opposed to embodying it.  By defining success on a higher plane, there is a chance that the leader will create a more lasting legacy, something that remains, of course, to be seen…

How do you build community? 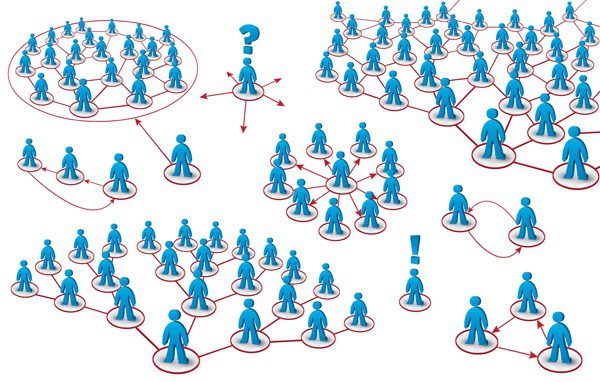 The short answer is by sharing de facto values.  {Tweet this out!} The way Obama and Jobs (Apple) go about it, is very different.  For Obama, he is a man who builds community from the floor up.  He was able to corrall people offline well before he did so online with such success — with the help of his team.  Jobs, on the other hand, built a community around the beauty of design and the desire to change the world in our hands.  One has humanity embedded in his DNA.  The other had his eye on humanity.  Both have prospering and loyal communities, but with a very different look & feel.  It strikes me as a tall order to build community when the boss doesn’t own the values. {Please tweet if you agree!}

How authentic are you?

“A foolish consistency is the hobgoblin of little minds,” said Ralph Waldo Emerson.  Certainly, the inability to change one’s mind or one’s course is a deep handicap.  On the other hand, being true to who you are on a consistent basis is a whole other factor and one that comes with being authentic.  Jobs was consistent in his ways.  Horribly so, most of those of whom worked for him, might say.  The others came to appreciate his consistent obsession with design and detail, the ability to make simple a complex world, the tenacious search for excellence, and his overarching goal to make the world a better place.  Without the latter, I don’t think so many would have been quite as amused.  The problem with authenticity is that it cannot be borrowed or copied.  One just is that way… or not.

The nature of the decisions, the decision-making style, the quality of the team, and the ownership and embodiment of the values are all soft matters, which are so often overlooked by the CEOs of today in favor of rational (and quarterly) results.  It’s a tight balance and, by definition, entirely contextual.  The problem is that, as intelligent as one might be, intellectualizing the human factor is no substitute for living and doing “it”.

Similarly, many businesses and business leaders are keen on the concept of “best practice sharing.”  Certainly, best practice sharing is a relevant part of a learning organization.  The challenge is finding ways to interpret and adapt the best practice into one’s own reality.  Typically, the soft management skills represent the killer app in terms of successfully uploading new practices.  {Click to tweet this out, if you feel so inspired!} Assuming the best practice shared by the best practitioner is a transparent and honest account of what happened (check!), on the recipient’s side, it is all about overcoming the “not invented here” syndrome, learning how to adapt to one’s own culture and environment, and to facilitate implementation.  After all, just as in any new product launch, down to the day-to-day marketing (including digital marketing), execution is strategic.  {Click to tweet}  And, as always, execution depends on… the human factor.  And, whether it is best practice sharing or taking example from other leaders, a whole degree of lucidity is a pre-requisite.

How does your CEO stack up?  Your thoughts, please!