I don’t know about you, but I hate it when someone starts with, “To tell you the truth…”  It is a sure way to get me to frown and worry about what is about to come out of his/her mouth. Why? Because you kind of assume the default setting is “true.”  Worse, if you have to tell me you have switched settings, then everything else you said is discredited.

A few weeks ago, my chum Mitch Joel interviewed Jonathan Salem Baskin, one of my favorite branding guys, about Jonathan’s latest book, “Tell the truth. Honesty is Your Most Powerful Marketing Tool.”  It’s great a podcast between two titans of social media and branding.  While I have not read Jonathan’s book, from what I understand, the next level of marketing would then be “truth.”  Marketing absolutely needs to evolve: agreed. I have certainly spoken and written about this in the past (i.e. The 5E’s of Marketing). Marketing, agencies and many brands are lacking in credibility. Consumers are suspicious about any brand claim, especially if it comes from the brand.  In a sense, JSB is saying that truth is the uber marketing position, dethroning Authenticity, Transparency, Trust, the 3 keywords that typically appear in many modern marketing “philosophies.”  On this, I don’t [entirely] agree. 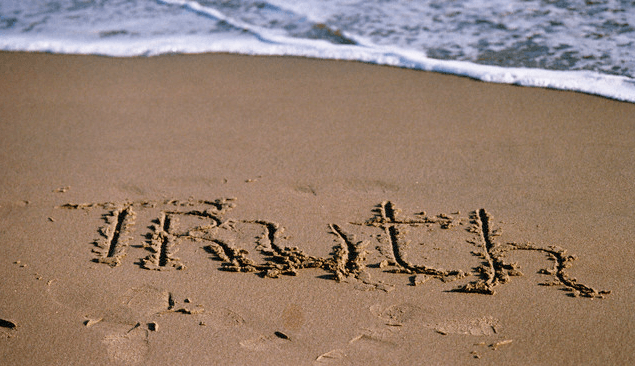 Yes, truth is honorable, valuable and much sought after.  But, it is an abstract notion.  “Real” truth is only needed in certain doses and on certain critical dossiers.  One of the most frequent questions I get, having left L’Oreal, is to what extent a formula in one brand is different from another? For example, Lancôme and L’Oreal Paris make-up or Elsève and Kerastase shampoos? The point is not my answer — though perhaps you would be interested to know? The real point is that consumers are, at best case, skeptical. Worst case, they are frustrated, if not feeling deceived.  And, there may also be many rather disillusioned employees, too.  But, if we started by saying that shampoos are up to 80% water (The Daily Beast), you might say that the truth is in the small print.  Is the paint or any hidden componentry used in a BMW or Mini the same on a Rolls Royce?  I would argue that if the brands are sufficiently different — and experienced differently by employees as much as by customers — then the issue of shared formulae is a less relevant.  But, at the heart of the question, you need to feed enough truth to make people want and believe.

With the quest for transparency, no one should want or warrant 100% transparency.  Similarly, total truth is not desirable. However, unlike the notion of transparency, truth is an inherently subjective concept. Truth requires expression, and its telling. Truth becomes an interpretation. But, my point goes one step further: I do not believe that [total] truth is, in fact, desired. 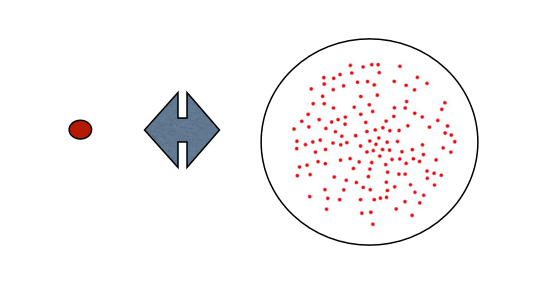 The human being’s complex mind is a walking, talking paradox. We want to be unique, yet be part of the community. We want to live long, but smoke. We want to be considered kind, but are intrinsically selfish (ref: the Prisoner’s Dilemma). A kid wants freedom, but appreciates structure. We love progress, but are afraid of change. In a recent seminar I gave, discussing the image and re-presentation of “plus size” or “full size” women, the question raised was the “truth” behind certain images. Is it right to portray a size 40 or 42 to encompass ALL plus size women? One avowedly plus size woman in the audience said that, just because she was overweight, did not mean that she wanted or was attracted to a true-to-life overweight woman in an image. She wanted something closer to a hint of truth, but not the whole truth.

In the human condition, as coined by Andre Malraux, we have enough daily hardship — even if a 2012 hardship is decidedly more lavish, generally speaking, than an 1812 hardship.  And so, we still need and enjoy a dream. As consumers, we do not present a truly truthful image of ourselves on our Facebook page, during a company interview or, dare I mention, for many, our tax returns.  We are paradoxical creatures, claiming to want truth, all the while striving for happiness. Truth is a valiant ambition. And, for many brands, they would do well to venture into too much truth than not enough, in an effort to regain lost trust. That said, I believe that reliability, consistency and responsiveness are probably values that consumers will be more likely to pay top dollar for, as opposed to the ugly truth.  It is not about just answering quickly in realtime; it is engaging in REAL time.

Here is the podcast between Mitch and Jonathan that got me started on this post; and here is my podcast with JSB recorded in December 2010 and one with Mitch Joel, recorded summer 2011.