In search of sense (not cents)

After living through the most expensive Presidential campaign in the history of the world (not just the US), one has to scratch one’s head about the state of the democratic process. A whopping $1.057 billion was spent on ad campaigns (out of more than $1.2 billion raised)

by the two candidates.  The sum is staggering when you consider that it was a non-value add to the economy and just a big payday for ad agencies.  {Read more about the finances on OpenSecrets.org}.  In a world where digital media is supposedly becoming more widespread, there is clearly still not enough trust in its ability to spread the word.  It is estimated that 12% of the campaign funds were spent on digital (source: SocialTimes) — it seems about equally for both campaigns.  That 12% is much more than in 2008, but a lot has changed in social media in the intervening four years as has been very neatly resumed here by CNET.  None more so than to say that way back then there were a 100 million users on Facebook; now there are over a billion.  There is also the burst of the smartphone onto the scene (the iPhone was only introduced in 2007).  In the end of the day, however, it’s not the dollar amount spent that counts, but the why and how that will make that investment more incisive.

The marvelous aspect of these presidential campaigns is that they allow us to view what works and what doesn’t work in social media at scale.  Granted, because it is politics rather than business, political campaigns cross more easily into the personal zone and, therefore, have their place on the more “personal” Facebook.  Nonetheless, I believe that there are a lot of different and valid take-aways for business. On a more macro level, I have a few take-aways for CEOs and brand marketers from this 2012 US Presidential Election campaign.  I will publish other follow-up posts of other interesting insights that I gathered. 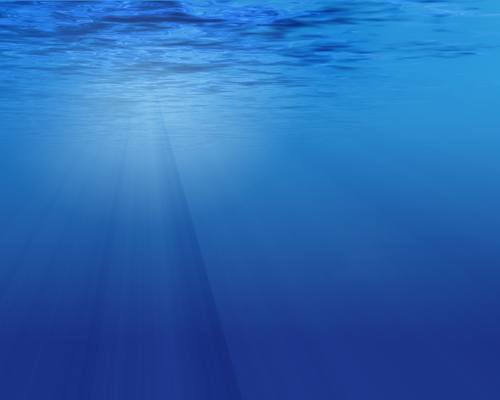 Searching for a deeper meaning, purpose

There are issues and then there is purpose.  Issues without a purpose ring hollow.  Purpose unites.  Purpose gives energy.  {Please click to tweet this out!}  I’m not claiming that Romney and his team didn’t feel like they had a purpose.  However, there are certain areas which tend to impose bipartisanship, such as a national tragedy, war, a natural calamity.  Those three examples are negative.  I’d rather there were more options for positive unifying messages.  I’ve long felt that America lacks any consistent positive unifying message — such as a national team to support.   US politics and American sports (NBA, NFL, MBL, NHL…) are by nature local and divisive.  It’s us against them, where them is another city, another citizen.  In companies, there is a lot (too much) of us against them as well — known as the silo effect.  The Sandy Storm was a unifying issue because it spoke to a deeper problem: global warming.  I profoundly believe that CEO’s need to pay particular attention to the deeper, strategic meaning that drives their company.  What is the deeper unifying message of your brand, your company?

I think that, when the dust settles, analysts may find that the way Obama handled the storm brought a whole number of people off the fence (including Mayor Bloomberg of New York) to help make the final result look more like a one-sided affair than the razor-tight race it was made out to be.  In essence, I feel that where the storm helped Obama was that it resonated with a deeper message (regarding global warming).  Brands that have a deeper, more meaningful mission are better equipped to manage the storms, because their teams are more stuck in, more engaged at a more profound level, than just doing a job. {If you like this, you can tweet it out here}

The weight of the unknown

The unpredictable and very real impact of Sandy is proof that “sh*t happens” and the best laid plans of mice, men and mignons, are prone to the unexpected. That’s why it’s important to have a crisis management policy already in place.  But, more importantly, it is crucial to build and prepare your base before the crisis hits.  The message here is that a base is built over time.  When an appeal goes out in times of crisis, there is a solidarity and responsiveness to the call to action.  If your brand hits a storm and you have cultivated and nurtured a legitimate following over time, that community will all the more willingly come to the rescue.  Jumping into a community, when you are “rushed” for results is no way to cultivate a community, much less one that comes to the rescue in time of urgency.  Curiously, Romney — just like Sarkozy in France after he lost his presidency bid in May — has completely dropped out of sight on his social media pages.  Maybe he will come back to them after due rest, but you don’t just build and drop a base overnight.  That’s just not good social practice.  It smacks of a shallowness… or just a [digital] team that is no longer on the pay roll?  Brands cannot consider social media as a stop-gap measure, a short-term blast.  Otherwise, it can come back to haunt.

“You are your network” is something that I have long believed.  And the notion is amplified via digital marketing. In this sense, Obama far outstripped Romney, notably when you look at the spouse’s work (but not only).  Michelle Obama (nearly 9 million likes on Facebook, > 2.3 million followers on Twitter, > 46K on Pinterest) carried a lot of weight versus Ann Romney (429K on Facebook, 172K on Twitter and 14K on Pinterest).  Naturally, to be consistent with my myndset, I should not be citing the absolute figures of followers and fans, but looking at the level of engagement within these communities.  However, while I don’t have the details, a scan indicates that the level of engagement was indeed greater within Michelle Obama’s groups; and that is all the more powerful for having larger groups. If you take a look at the influence measuring systems (e.g. Klout, Kred), Michelle Obama accurately runs circles (literally) around Ann Romney.  The moral to the story for brand marketers is that you are much better off with a broader team that participates with you — and that is especially the case if/when your team can speak to the target audience (women).  In other words, you cannot just rely on your sole community manager (or, worse yet, your agency).

Obama is a natural on social media because he knows how to cultivate a community offline.  Without every having met him, it appears that he has the requisite skills of empathy, listening and emotion.  And it’s hard to fake that.

If nothing else, these Presidential Elections brought the social media platforms one step closer into common parlance and CEOs who have not made the effort themselves to get into and onto social media will ultimately end up paying the price.  {Tweet if you agree!}

Your thoughts welcome as ever!