The Steve Jobs biography by Walter Isaacson is a masterpiece, albeit below par compared to Isaacson’s other biographies.  The book was published in November 2011, 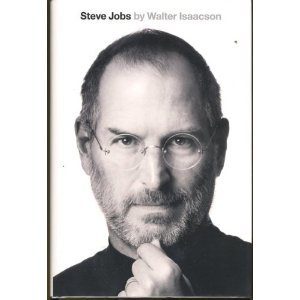 only a month after the death of Steve Jobs (October 5, 2011), so timing was of the essence.  It must have sold somewhere well north of 3 million copies (I found a source citing 2.25MM sold by May 2012 here).  Among those 3+ million copies, a good number were presumably read by other CEOs and c-suite executives.  I can imagine not a few, like the character Clark (Nathan Lane) in “The Good Wife,” who try to adopt Steve Jobsian behavior.

As I was reading the book at the end of last year, I pondered what would have gone through the mind of CEOs as they read the book.

First, I considered what was the motivation to read the book?  How did the CEO interpret it?  What are the real lessons to be derived?

Morbid curiosity or hunger to learn?

How does a CEO interpret the biography?

What are the real leadership lessons?

Isaacson wrote a most interesting HBR article in which he describes the key leadership lessons and take-aways.  I tend to disagree with a few of the points Isaacson identifies, because they are not all so easily reproducible or applicable to other situations or cultures.  I also do not subscribe so heavily to the “product first” philosophy that Isaacson highlights on a couple of occasions, i.e. when he writes about putting products before profits.  Independent of whatever the motivations for reading the book, here are my four main takeaways that I believe any CEO should truly take away from this biography.

Time will tell.  How did you read the book?  How do you think CEO’s read it?  Open to your remarks, as always!