How many times do you think executive committees around the world have discussed the Red Bull brand?  Ever wondered what they might say or think?  Within this conversation, I suspect we will find what are the dangers of the Red Bull Syndrome. 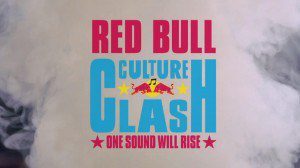 What is Red Bull Syndrome?  It’s the need for upper management to compare themselves to the best, even if the comparison is completely inappropriate.  I can think of a few themes that might have been sparked in boardrooms around the world by the Felix Baumgartner stunt (34.7 million views and counting):

There are scores of business case studies and “lessons learned” written about Red Bull.  And, as viable as these reasons might be, the fact is that most large brands will be incapable of replicating the Red Bull success, unless they are able to accommodate four important points:

The interesting thing about these four points is that, barring the privately-held aspect (noting that Jobs had a good-sized personal stake in the company), the same could be said about Apple-under-Jobs.  This was an equally unreproducible scenario (you might enjoy this post I wrote about the real leadership lessons from the Jobs biography).  In short, trying to replicate or even take inspiration from Red Bull and their courageous marketing activities is something of a red herring. {click to tweet}

Pulling stunts like the Felix Baumgartner #spacejump or sponsoring high speed (high energy) events and sports personalities is something that is absolutely purpose-built for a Red Bull concept.  Taking the riskier road is made easier for Red Bull by not having to answer to irate shareholders when numbers do not follow.  It means being able to handle controversy and possible failure.  And how many senior managers will take kindly to the onslaught of pleasantries and off-color comments on social media?  One of my favorites was this one below.  But, such is not the style of many more stiffer corporate board rooms.  I mean, would you be willing to retweet and feature this type of tweet on your own site about your own product?

And thus began the energy-drink arms race that culminated in the Brawndo Sun-Jump tragedy of 2174.

Pulling big stunts means in today’s social-media-wired society means getting mobilized to operate in a multi-channel real-time environment with the full team.  {Click to Tweet}  For most brands — especially when they are publicly traded, run by corporate staff (no matter their intelligence and an undeniably strong track record) — these appear to be unassailable characteristics. 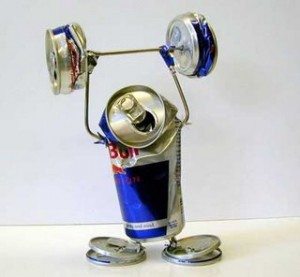 But, perhaps, the biggest catch or difficulty of doing the #spacejump is figuring out the next step.  Some management teams might, under the guise of long-term prudence, consider such hype untenable and, therefore, undesirable.  So the question is: do you or should you want such publicity?  Is it going to create unrealistic expectations and, therefore, unbridled disappointment in the next stunt?  Personally, I think that’s a good problem to have and it speaks volumes to the culture of the organization that they were able to produce such an event.

Moreover, Red Bull has a whole other kettle of fish to deal with in that its product is inherently controversial.  But, considering the provocative nature of their ads, they take that in stride.  This is just not going to whet every FMCG’s ExCom’s appetite…

Another component of the Red Bull success is the coherence and cogency of their mission.  What I like about Red Bull’s avowed mission statement “To spread our wings over the world” is that it speaks as much to the drink concept as much as to the company ambition.  It’s an all-encompassing statement that can also be appropriate for its employees (to the extent it can be scaled to the nearly 9,000 employees).

In 2011, Red Bull posted on its site its mission statement (no longer online): “Red Bull GmbH are dedicated to upholding Red Bull standards, while maintaining the leadership position in the energy drinks category when delivering superior customer service in a highly efficent and profitable manner. We create a culture where empolyees share best practices, dedicated to coaching and developing our organization as an employer of choice.”  (Quote taken from a Wintermash sponsored event)

Brands that seek to change, by emulating the Red Bull marketing, must review carefully the implications and their capabilities.  Red Bull Syndrome is, at its core, an affliction suffered by brands with lesser personality and with more risk-averse management stuck chasing short-term results.  {Click to Tweet}  The feats of Red Bull are to be admired.  But, woe betide those managers who try to force the round peg into the square hole that represents their fearful mindsets.

Red Bull, founded by Dietrich Mateschitz in 1984 (started trading in 1987) and based in Austria, is a privately held company.  Per Wikipedia, they registered some 4.25 billion euros in revenues in 2011, or 4.6 billion cans.  In 2012, according to their web site, they sold 5.2 billion cans.