The retail space is undergoing a transformation.  It’s happening at a relatively slow pace around world, but we are seeing more and more digital tools and devices appearing during the shopping experience.  I tend to refer to this trend of digital in retail as digitail.  Perhaps, 2014 will see a tipping point?  For those digital activities that are customer facing, there is often an opportunity to integrate social media into the experience.  I wanted to provide a few examples from around the world of how companies and retailers are executing this.

Social Retail – Outside the store 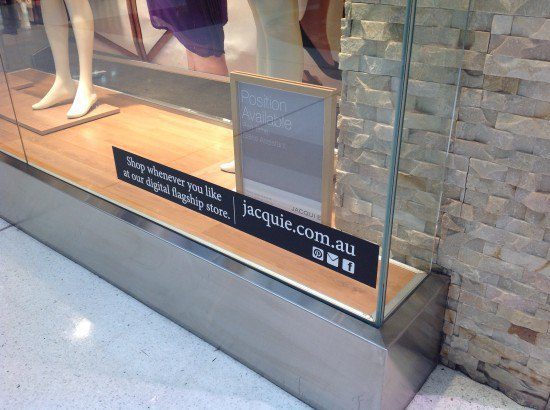 A common (failed) attempt by retailers to get “social” is simply to put  a Facebook “F” or Twitter bird logo or decal on the window.  Sometimes, there will be the exact address; but for the most part, the consumer is left hanging when he/she tries to find the exact social media page.  I’d say this is a classic case of ineffective social media marketing. 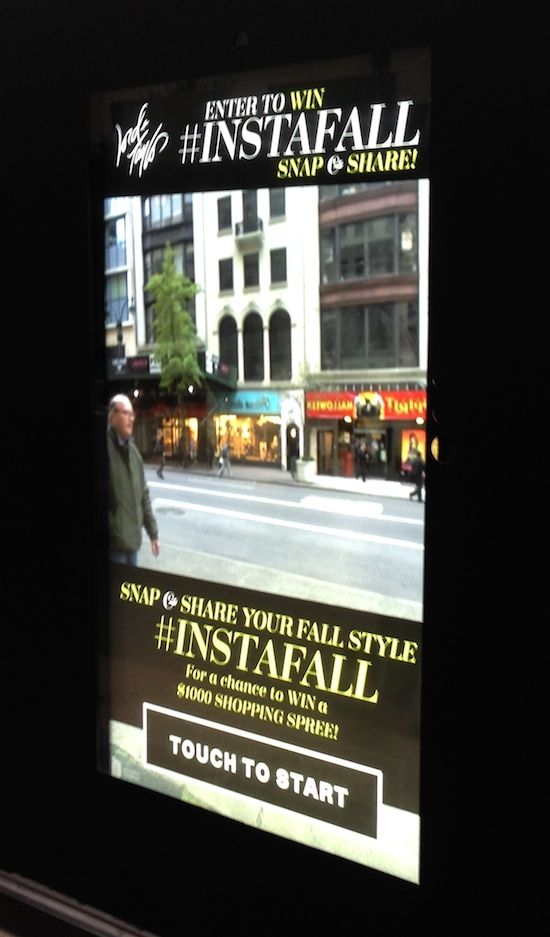 Lord & Taylor in Manhattan has installed a screen which enables passers by to take a photograph which can be recuperated via MMS (on the mobile).  If the MMS component is a bit difficult to manage (especially for tourists), the functionality on the wall worked well.  The big #fail is the associated hashtag: #instafall is buried in theme that refers to the falling leaves of Autumn.  Someone didn’t do their homework.

Below is another interactive screen that detects motion.  It comes from a fairly large retailer in Japan called Right On.  In around a dozen of its flagship stores, they have installed a screen at the perimeter of the store.  It is not exactly an interactive dressing room.  The collage of clothes on the body in front is rather approximate. 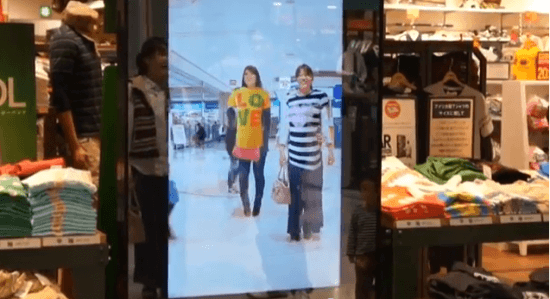 Right On … that has left off the social

At the RIGHT ON store in Koshigaya (30km outside of Tokyo), which has the interactive screen installed, I observed over a twenty minute period only a couple of people (including one fascinated kid) who took notice of the interactive screen.  However, neither went into the store.  Moreover, there was no ability to capture the image, save it/send it/share it… A missed opportunity I believe.

Social Retail – Inside the store

Within the store, there are several examples where companies are attempting to embed the social media component.

Vanquish, a trendy Japanese fashion retailer, with stores located in Shibuya 109, has a couple of different digital activities going on in store.  It has a system where, when lifting a hanging item off the rack, a sound is made and the image on the screen above the rack changes, to reflect the object in your hand.  Second digital initiative, Vanquish has an interactive screen which allows customers to take photos with different backgrounds and posts those photos (with permission) on their Facebook page.  The functionality worked well.  The engagement on the Facebook page left something to be desired. 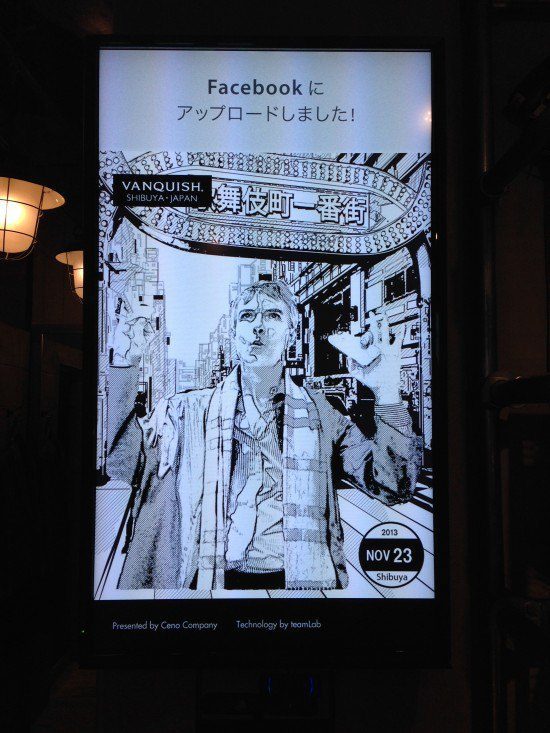 Karl Lagerfeld in Paris has integrated a socially connected Ipad in the dressing room of its recently opened store on Boulevard St Germain.  Dressed in a new item, you can Kapture, Kreate & Post (via email, Facebook or Twitter) a photograph of yourself.  The functionality was fluid.  Users are able to customize the photo à la Instagram.  Then I sent the image to my email address, with an opt-in for the newsletter.  Where KL missed a beat was capturing — optionally — a few more pieces of information from the customer.  In the post scriptum for my experience at KL, I was called 3 weeks later on my mobile to be invited for a special event at the shop; however, they had assumed that I was a woman.  #whoops. 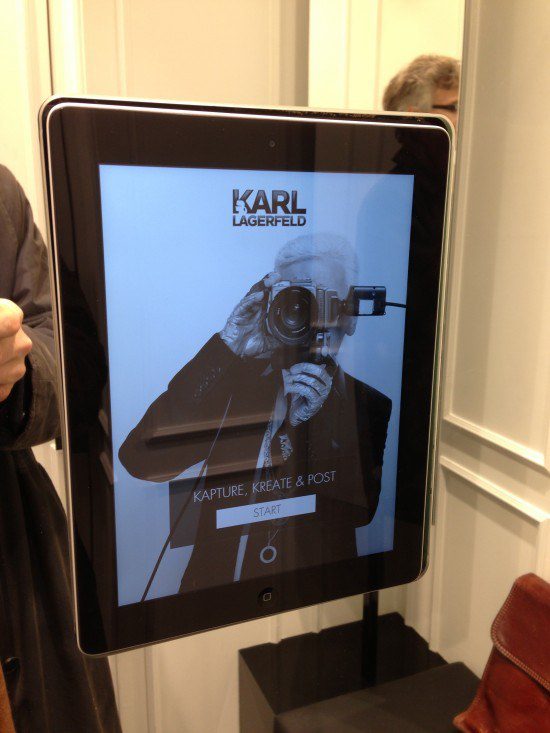 Stores are trying to find ways to link up with the customer’s social network.  The trick is providing a valuable and effective experience that justifies the exchange of data.  The functionality can at times be spotty.  The trickiest part is finding ways to keep the momentum created by a fun or interactive in store experience.

If you have any other experiences, please feel free to share them here!