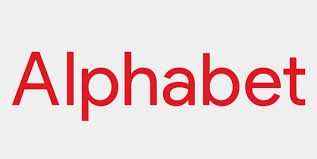 I’m still considering Google’s change of name to Alphabet. Yes, I’ve read the explanatory press release and many pundits’ opinions. Yes, I realize that Google has spawned businesses far removed from the familiar search engine/media platform we have come to know and love. Yes, I agree there are likely to be many new initiatives and innovations in the future, as the new Alphabet name implies. And yes, I see that the move is designed to enhance value for shareholders. But what, if any, benefits does the new organization bring for the consumer? {Tweet this} In an ideal world, the two should be closely intertwined. Are they?

Conglomerates are often valued at a discount to the sum of the value of their subsidiaries. The challenge is proving the added value of the many businesses belonging to a single entity. Exceptions can occur when the reputation and track record of corporate management is deemed to be so outstanding that it justifies a premium in and of itself.  This was the case of GE and Berkshire Hathaway for many years. It was also the case of ITT and Tyco — remember them? What will happen with Google? The highly regarded founders, Sergey Brin and Larry Page, own a majority of the voting rights today[1], so this path may work as long as they are operational. The problem is: then what?

Can Alphabet create a soup of synergies and cross-pollination of sufficient efficiency to offset/warrant the cost and complexity of a holding company structure with its inherent risks? For example, what posture will the conglomerate have with regard to back-office and personnel sharing? Will data be sharable across the businesses? To what extent will Alphabet businesses favor one another? If one business unit has a catastrophe, will it/can it taint the rest of the organization?

In the case of Google’s move to Alphabet, it shows that they have now opted for the second option rather than slide into the middle ‘compromised’ ground, i.e. where the corporate name is shared at times as a commercial brand.

With around a $405 billion market capitalization at time of writing, Alphabet-formerly-known-as-Google is the second highest valued company in the world. Wall Street favorably received the news of the name change, at least initially. One can understand why. The move is largely geared toward accommodating shareholder interests. It seems clear that the founders are looking to unlock the stock price while spreading, if not liberalizing, an independent innovative spirit. As David Wessels of Wharton Business School said in a podcast hosted by Wharton[2], the move is also in part personal for the founders, freeing them to do what they want, allowing them to “move into the investment space.” With so many disparate activities and ambitions, the Alphabet choice is logical. It might even seem, given Google’s size, to have been the only viable option. Yet, right above Google at the #1 spot, is Apple that continues with a very different (“CC”) strategy. Apple has, for the majority of its businesses and despite its size, a singular corporate and commercially traded name (other than Beats… for now). On top of that Apple has a strategy of total control from A to Z (with a shred of irony) of the value chain, quite in opposition to Google’s alphabet strategy.

The question that this move begs is how to foster an evergreen innovative spirit that keeps Wall Street’s favor. Companies that have successfully managed both over an extended period tend to have a combination of (some, if not all) of the following traits:

In the NYT article, “Is the New Google More Like Berkshire Hathaway, General Electric or AT&T?,” the author, Neil Irwin, identifies a number of alternative “models” for Alphabet to follow. I think another salient model in today’s environment would be the Virgin Group. Richard Branson has tried to ensure that each of the ventures that he owns outright, licensed or in which he has invested, carries the same flavor. Branson may not have built a fortune akin to Berkshire Hathaway, but his ability and desire to start, buy and divest is quite exceptional. The list of current and previously owned companies carrying the Virgin name is long. [cf Wikipedia]

As with many things in life, there are significant counter-examples and exceptions to the rule. There is no single right method or model. Is Alphabet the right answer for Google? Will Alphabet prove to be the exception to the rule?

In Larry Page’s blog post entitled, “G is for Google,” he signed off saying:

“We are excited about…

From this list, you can gauge that there is a solid intention. The purpose is embedded in the last line. What will be interesting is to see Alphabet’s next big moves.

The good news: Google Alphabet has jumped the middle ground

By reclassifying Google (search, YouTube…) as an affiliate of Alphabet, they have seemingly removed the risk of hand strapping all its businesses with the Googler mentality and the Google legacy. The leapfrog into this investment vehicle is undoubtedly a bold and scary move. I remain a skeptic. However, the strategies that I find most concerning are for those companies that fall into the middle ground, where the corporate ‘umbrella’ brand is also used as a commercially traded name for a portion of the brands. The CEO will inevitably have a larger attention to the fortunes of the brands that carry the stock price’s name. The relative weight of these commercially traded brands bears commensurate risks both for those brands as well as the “sister” brands that do not carry the holding company’s name. Chairman Leonard Lauder would encourage internal competition as a way of staying lean and mean. Lauder said:

I had the idea in 1968: Let’s put different brands in competition with each other” [Stanford University Interview]

At L’Oreal, we would talk about la compétition saine between the different in-house brands. However, that philosophy can only go so far. Neither Estee Lauder nor L’Oreal would actually wish that their marquee brands, under which name their stock also trades, lose.

The traditional way to evaluate the success of each of these conglomerates is based on profits and stock price. In today’s environment, however, that does not suffice. The evaluation of success will need to incorporate other factors, including the development of its people and the service to its customers Click To Tweet For the employees, it will be important that they all feel the excitement of their own project, as well as their participation in a bigger purpose.

One of the major challenges for companies on the right-hand side of the graph (i.e. Corporate not Commercial, that have a portfolio companies) is to find a cohesive raison d’être for the group. For Alphabet, what is the legitimacy of the Google team to drive innovation profitably and sustainably in areas such as automotive, home electronics or life sciences? How will Alphabet sustain a culture of innovation that justifies its holding company structure? Typically, either there is a shared sensibility and set of values (à la General Electric) or there is total independence (à la Berkshire Hathaway). Being a publicly traded company, Alphabet will need to be savvy in showing valuable returns in its investments and ventures, even if it has a self-professed “long-term view.” But, when the founders move along, will the shareholders share that view?

Making sense of Alphabet seems like a gargantuan task. If it were to spell long-term success, I have to believe that most of the separate entities will have to be treated as pure investments that could be spun off, including Google itself. If they remain “attached” to the Alphabet soup, they risk not only being lost in the shuffle; but, being hampered by one or other form of red tape that inevitably seeps into large organizations. The move to Alphabet is an attempt to avert this risk. Ultimately, though, the biggest question is how to spread an innovative spirit across a disparate universe of activities, without a unifying set of principles and policies. So long as the founders are involved, I can see the merit of Alphabet. Afterwards, it risks becoming much too jumbled and sounding more like Blah Peat (8-letter anagram for Alphabet) or Hatable (7 letters).

P.S. Perhaps it is only symptomatic of the move, but it is ironic that if you Google Alphabet, you will find that the URL belongs to BMW Click To Tweet And, I’m sure BMW AG will be happy to explain the ABCs of internet IP and, thereby, perhaps benefit from a significant investment in a yet-to-be-identified self-driving car by the German automobile titan.

What do you think about the long-term viability of the Google Alphabet project?

[1] “Following the stock sales [intended to be $4.4 billion’s worth in 2015], Brin and Page will own only 11.9% of Google’s outstanding Class A and Class B common stock, yet still hold 52% of the voting power.” Business Insider
[2] What’s Behind Google’s Alphabet Restructuring?. Knowledge@Wharton (2015, August 14). Retrieved from https://knowledge.wharton.upenn.edu/article/googles-alphabet-reorg-can-the-whole-live-up-to-one-of-its-parts/