Have you ever heard the phrase:

The hairs on the back of my neck bristle at the thought. This type of pre-emptive sentence is a barely veiled attempt to temper the blow. It typically accompanies a severe and/or harshly delivered criticism; and more often than not the critique is personal. For me, the problem is that you should positively want people to be personal at work. A boss should hope that an employee bring his/her full self to work, not just because it is an ethically better way to go, but because it is good for business. Click To Tweet

I have written before about how the professional-personal divide is better brokered than left apart. Click To Tweet Aside from anything else, it’s what likely makes the difference between an average and an exceptional customer experience.

On the one hand, this type of sentence, “nothing personal, it’s only business,” brings up the tricky territory of how to critique someone (or something they did) without offending or demotivating the target. The handing out of constructive criticism is a fundamental part of learning for an employee and, when well delivered, enhances motivation. Click To Tweet In the context of a raging talent war, how one manages good personnel (on a day-to-day basis) is absolutely critical. There are plentiful surveys that show that one of (if not the) biggest reasons for leaving a company is the immediate superior. In a 2015 Gallup’s survey (as reported by WSJ), nearly half of the 7,200 polled cited leaving a company because of a bad boss.* As a leader, being rude or harsh at work is bound to have damaging effects on motivation, much less retention. At the very same time, any learning that doesn’t involve mistakes, corrections and stimulation (including positive stress), can end up creating a dull, uninspiring environment, not fit for top talent.

Should business be personal? 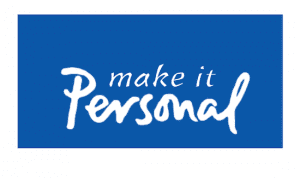 Not all jobs or sectors should be considered in the same way, so there is no one size fits all. There are some jobs where the idiosyncrasies of a human being are more or less desired or acceptable. In the military, it’s almost antithetical to think about the personal component. You wear a uniform and obey orders. Punto. In industries of high precision, involving risk and people’s lives (bridge engineering, surgical procedures…), the notion of “personal” business becomes much less relevant. Certain roles, such as the finance, legal or R&D, might seem more “rigorous” and/or rational. Yet, one wants the best available in these roles and the same principles of dedication and motivation apply. For most businesses and in most roles (especially in a highly competitive field), one typically wants employees that have passion and dedication, with a healthy amount of creativity and a dose of intuition. These qualities all come from a person’s internal drivers. In a world of equals, it is the companies whose employees provide a marginal extra effort and discretionary energy that are bound to win out over the long haul. Thus, business needs to be personal in order to encourage that “extra mile” approach.

Nothing personal? But it should be personal! Seth Godin wrote a post recently entitled “Taking it personally” that he ends with the question:

What happens when the boss cares enough to only hire, train and work with people who take it personally?”

It’s easier said than done to determine if someone will take “it” personally. But I certainly applaud the underlying sentiment. Many business schools like to squeeze the person out of business. Conservatism at job interviews tends to push interviewees to avoid being “too much.” It makes me think of the border patrol officer: better not crack any jokes with him/her. Yet, driving a business is far different than following the law. If we absolutely need to know how to deliver criticism in an effective manner, we also need to do so in ways that demonstrate that we respect one another. Click To Tweet

*An exit survey of 7,350 professionals conducted by LinkedIn in 2014 (via The Washington Post) said that the issue of the bad boss didn’t even register in the top 5 reasons for leaving. I suspect that the difference here relates in part to the seniority of those polled (in that LinkedIn professionals are likely relatively higher up the totem pole than the average worker)