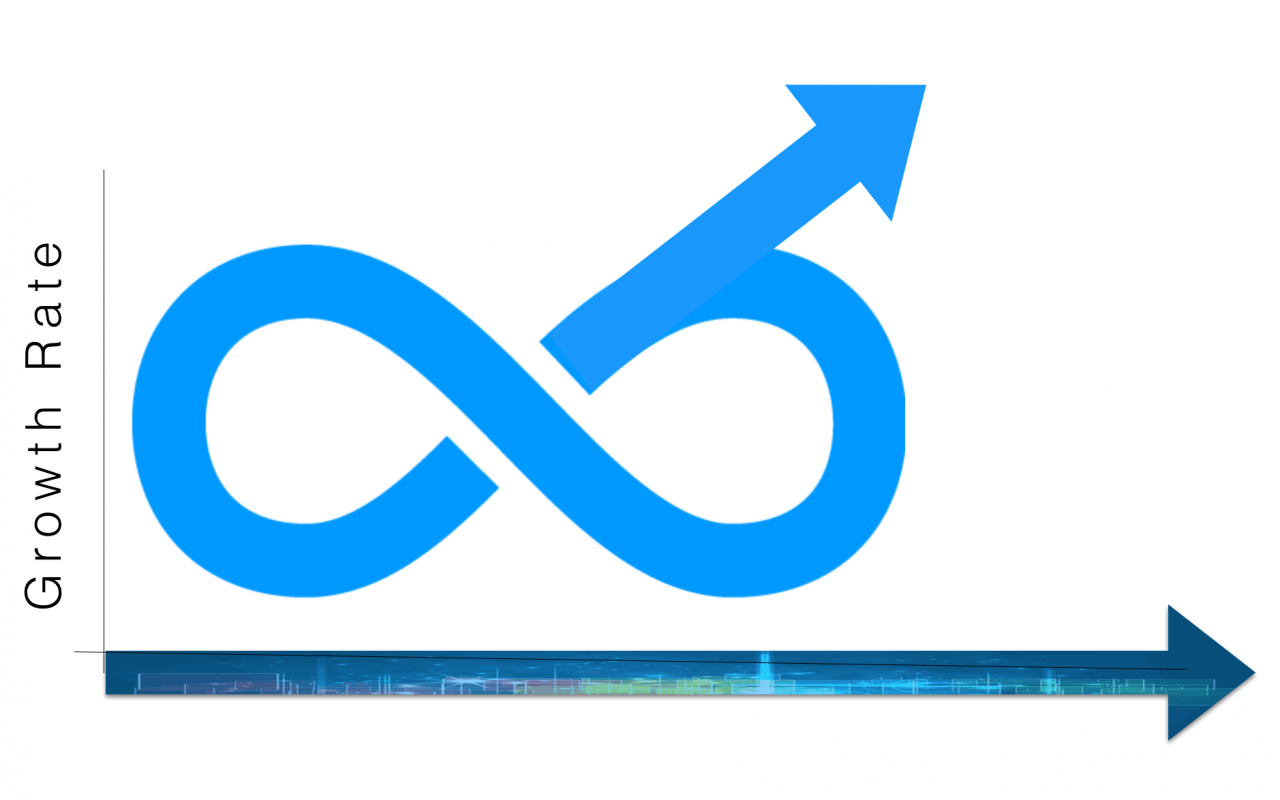 The average lifespan of a publicly traded company continues to fall. Depending on who you listen to, the number is now below 18 years. That number has dropped from 61 in 1958 and 25 in 1980. That’s what was reported in this 2012 Innosight study. Richard Foster, a lecturer at the Yale School of Management, has declared that the lifespan is just 15 years today and that at the current churn rate, Foster estimates that 3/4 of the existing S&P 500 firms will be replaced by new firms by 2027. As Dominic Barton, Global Managing Director at McKinsey stated, every two weeks, a company on the S&P500 is disappearing from the list.

In a conversation I had with my pal, Mitch Joel, we jousted over the relevance of that lifespan number. That got me thinking about perspective.

How long is long?

Here are some different ways one can view that 15 to 18 year number:

Bottom line, the fact that company lifespans have declined so radically doesn’t really impact many of the people in the list above. However, there is one profile in the list above with whom I relate a lot: the ambitious founder. If you’re going to go out on a limb and entreprendre the risk of starting a company, it is more like giving birth to a child. You’d probably rather not see it die as a teenager.

At the beginning of life for Peugeot, L’Oreal, Starbucks and others, there were individuals who created a company whose longevity was anything but guaranteed. They have now acquired the seeming status of “permanent,” with a regular presence in our vocabulary or psyche. However, depending on the industry, there is a repetitive cycle, where the real variable is the length of time. And for each, there’s a limit. There is a general inevitability to the fall in growth rate and an evolution in the perception of and expected returns for the shareholders. 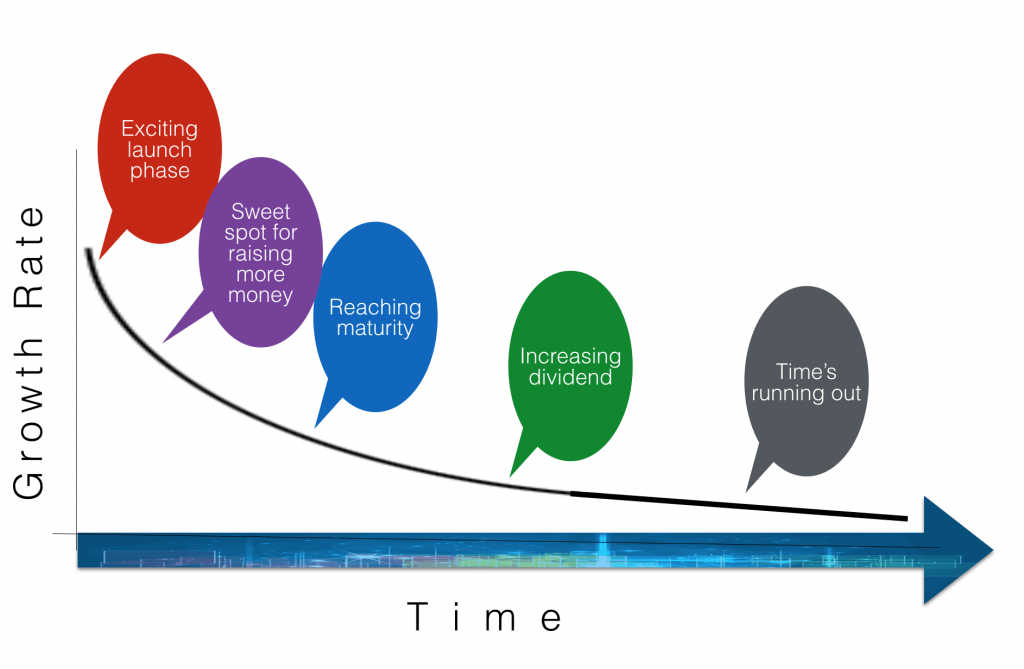 All that for this?

As we are all battling and busting our butts for better sales, increased margins and, eventually, higher market shares, the perspectives of each other are a certain form of reality. The salient point in the less-than-18-year horizon is that these figures are for publicly traded companies. For those that have the ability to auto-finance and stay private, the implicit desire is generally to survive longer than just one 15-year cycle. Moreover, their data is not readily available, anyway. Whether private or publicly traded, the ability to grow market share indefinitely is bound to hit roadblocks, including regulatory oversight and government intervention. If a dominant market share persists, the chances are that it will ultimately end up as a utility…. What does the future of a Google hold? 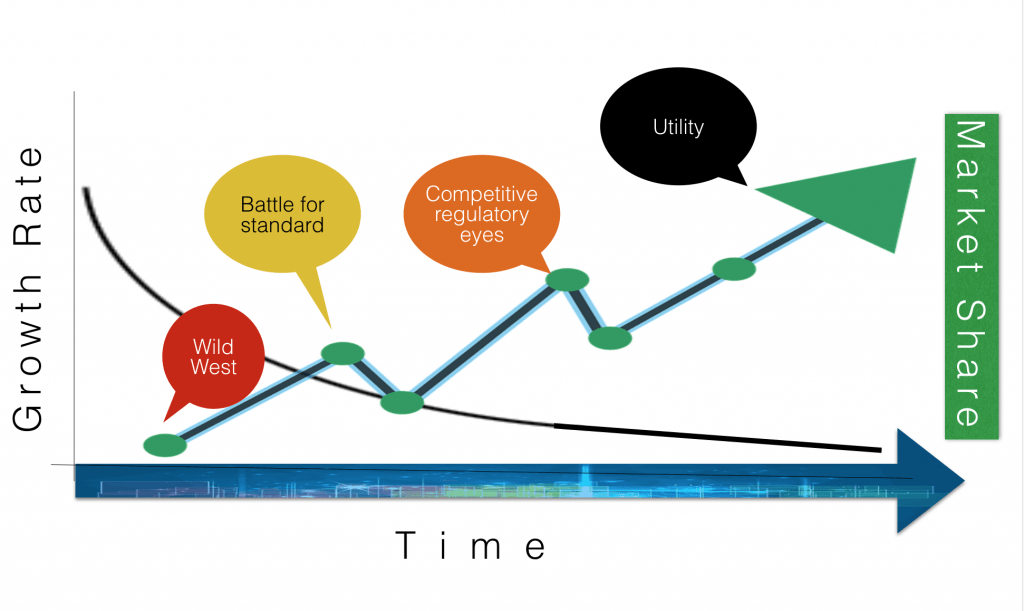 Obviously, there are many different scenarios. But, the reality of the shorter lifespan of a publicly traded company is also a function of the changing tech environment, not to call it directly: the new tech revolution. A slug of the disappearances from the S&500 are good news, at least if you look at it from the recent shareholders’ perspective (i.e. when it’s an acquisition). But for many, it’s because the company didn’t know to survive alone. As a result, bosses are re-quartered. Jobs are affected. Brand names change. Cultures evolve. Businesses disappear and others spring up. Thrive or Die. As Caleb and I like to say, companies need to futureproof themselves in mindset, first.

The lifespan counts to the customer?

But, what of the customer’s viewpoint? Does it matter that the company is no longer around? You bet. From a practical standpoint, the lifetime guarantee goes out the window. Beloved brand names disappear. Any long-standing relationships are vaporized. And replenishment purchases are no longer possible.

If the decline of the lifespan of a company is not a concern for many of the people in the list above, I would argue that it is of grave consequence, not least because it is just an average and, for some companies, the end may be much closer than expected. As employers, even if prospective employees don’t all want to stick around for too long, we should be hoping to offer employees a career to capitalize on their talent and engagement (not to mention the cost of recruitment and training). As customers, the trust that lies in your brand is definitely impacted if your company is about to fold or disappear. So, as a leader, what is the time horizon of your true strategy?

*WTFC – the W stands for Who and the C for Cares.