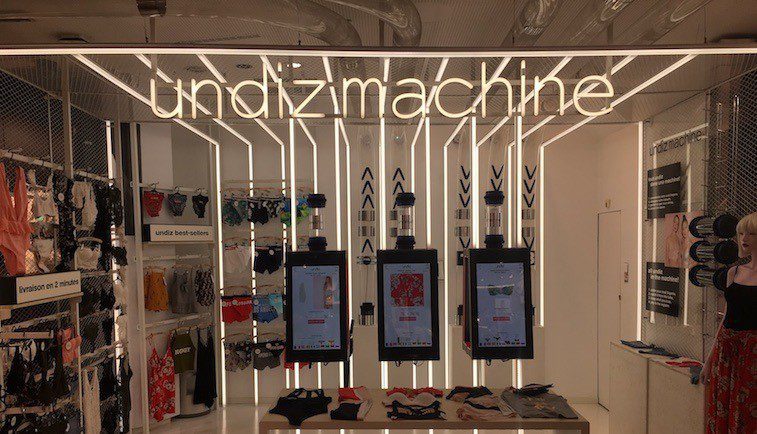 I checked out the way Etam’s Undiz Machine works while in Paris last week and wanted to report on the experience. The Undiz Machine was first installed in 2015 in Toulouse and then was rolled out in a select number of Etam stores around France. The fact that the concept is still running three years later is as good an indication as any that the system seems to be working for Etam. In Paris, the “flagship” Undiz store is on the Rue de Rivoli. I chose to visit the Etam-Undiz store on the Champs Elysees. The Undiz Machine section is ensconced on the right some 10 metres inside the store (figure 1). I was met by a jovial Etam employee who introduced me to the Undiz Machine and showed me the ropes.

So, the basic premise is that you can check out the physical Undiz items individually displayed in the Undiz zone (see figure 2). Once you find an item of interest, you input on the screen (there are six in this store – figure 3) your desire sizes and quantities. Of course, you can also browse via the screen. Once you have selected your item, it then sends the message down to the stockroom. They promise a maximum of 2 minutes to get the item up to the retail floor. In my case, the tube came whizzing back within about 60 seconds (figure 4). I think this was more about the lack of traffic at the time of my experiment. 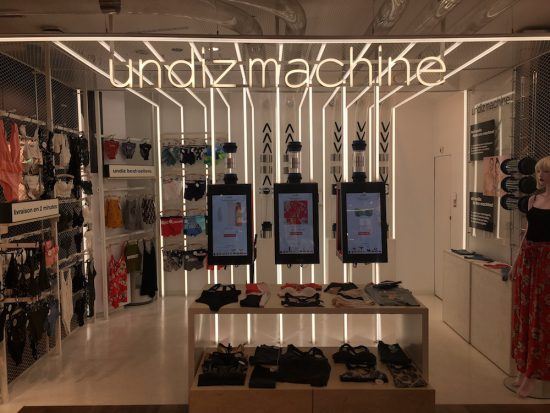 The first and, in my opinion, most important element that Etam got right here is that the ‘human’ element was integral and appropriate. The young woman was very patient, keen to explain and not pushy (BTW she’s salaried, so no performance pressure per se).

Secondly, the system was totally bug free, a rare feat when bringing digital into a retail store. And that was all the more impressive in that the Undiz Machine is mostly machine and part human, all the same. Where does the human element come to play? First, in the sherpa mode that the young woman took on, helping the retail customer figure out the digital interface. Secondly, once the order has been sent, a human being has to run around in the warehouse behind the scenes and load the right item into the canister.

Ultimately, what I like about this Undiz Machine system is that it demonstrates the use of technology (broadly speaking digital) to augment the customer experience both upfront and with the back office elements (logistics in this case).

What I’d be curious about is how Etam actually measures the ROI. On the hand there’s the space allocation (rent, etc) and personnel, on the other hand there’s the traffic and conversion rates, etc. In terms of customer satisfaction, meanwhile, I was duly impressed and went away with a new underwear. 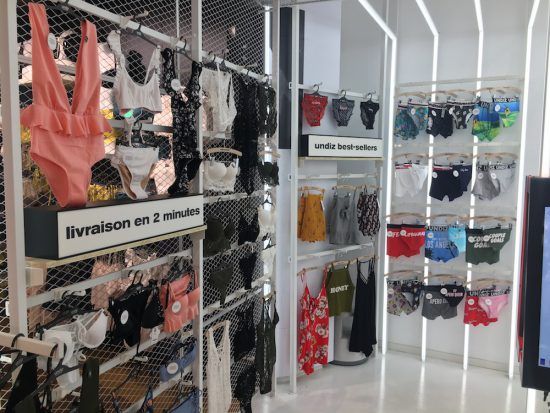 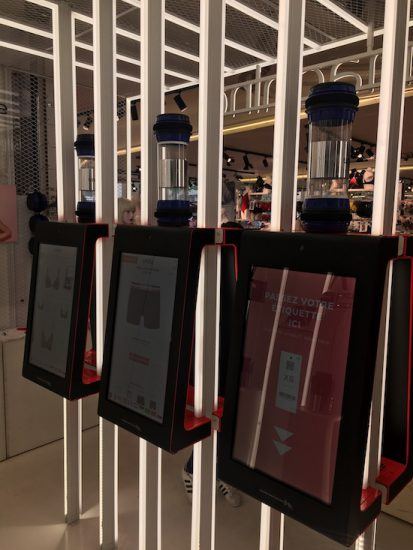 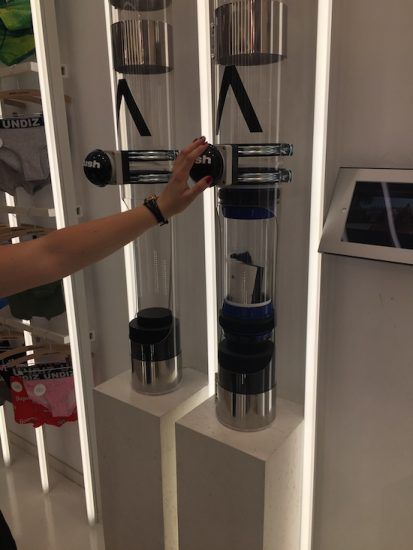