What’s causing the most disruption of your brand? Some will point to social media, the mobile phone or other technologies. But it’s not the technologies themselves that are disrupting brands, it’s how they are being used. Moreover, when you look at the onslaught of ‘new’ technologies, many have actually been around now for a while, so you could argue that we’ve had plenty time to think about their impact on our brands and our business. Yet, brands continue to fall short and/or fail. What’s needed, as I will address at the bottom of the article, is a focus on two words.

Let’s start with a history of how and when some of these “new” technologies surfaced.

All in all, much of the “new tech” has been around in some form or other for quite a long time. Innovation in the form of scientific breakthroughs, new approaches and usages, reinvented business models and a shifting context have contributed to a fast-evolving playing field. We have seen consolidation in some of these ‘new’ technologies, but we’re bound to see much more over the next decade. With such moving tectonic plates, it can be a confusing world in branding. I would like to offer a simple answer to the question: what are the two biggest brand disruptions? 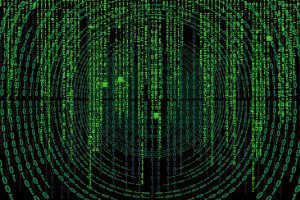 Without beating the drum of the need for hyper personalisation, the mushrooming of data sources (mobile devices, web browsers, social media, IoT…), the sheer volume as well as the velocity of data production is typically overwhelming, especially if you are embarking on a genuine customer centric approach. Data storage is now radically cheaper and easier (the cloud), and computing power and analytical capabilities (AI) are bounding ahead. To compound the challenges of collating and analysing ‘big’ data are the ethical questions surrounding privacy, topped off with the threats of cyber security. All in all, the mixture may be algorithmically exciting or catastrophically paralysing.

The consequent brand disruption in communication 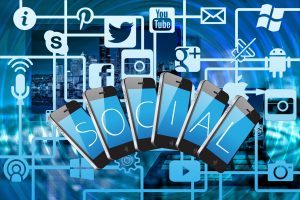 With the deluge in data, the challenge then turns to what to do with it in terms of communication. With the widespread democratisation of the smartphone and web, the context and timeliness of communicating with customers has been rendered dramatically more complex. And, thanks in large part to the spread of social media, the concept of controlling the message has been thrown out the window. Underscoring the communication challenge for brands, though, is the burgeoning sense of mistrust that consumers have for institutional messages, and even of celebrity endorsements.

There are two important guiding principles that I advise brands to take on board:

In a world of changing paradigms and evermore fickle consumers, it is my conviction that brands ought to focus first on developing internal trust and employee engagement in order to circumnavigate this crazy world we’re living in. Being more customer centric means using the data wisely and communicating effectively. And since staff are the ones manning the keyboards and call centres, ensuring they are fully engaged is the most effective way to drive customer centricity.