For all the griping about the “weak” economy in France, it is sometimes hard to rationalize here the heady euro-dollar exchange rate where today 1 Euro = $1.3295 (as well as the euro strength against the yen [1 Euro = Y162.853]). And, despite Spain (Europe’s fourth largest economy which has over-performed for its size for the last seven years in a row) now threatening a slowdown, the chances are that the strength — against the dollar anyway — will persist. Germany is cruising and France has potential behind an animated Sarkozy, while the US is slowing, too. 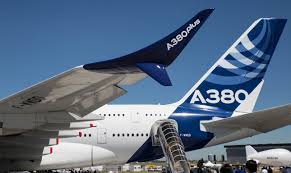 A strong euro will hold down euro-backed exports to the US. When you combine that, for Airbus, who just announced a 4.3% price increase on its A380 (while the A350 series was +7% and the A320 +9%), it won’t help their competitivity… It may end up helping to force up European productivity [even] more. And it may yet encourage Europeans to use up their holidays and visit the US. The reverse is clearly painful for the American tourists.