Have you ever found yourself using a hand dryer for what seems like a protracted amount of time and thinking: this surely isn’t much more environmentally friendly than drying with paper towels?

The thought has crossed my mind on numerous occasions. First, when you come across an electric dryer machine that was created several decades ago, the chances are that it was designed for another reason other than greenliness: for example, as a cleaner alternative to the revolving cotton towel (Remember those? See left for example). Consequently, it may indeed be extremely inefficient and, effectively, less environmentally friendly than paper towels.

Secondly, there are many machines that seem to blow when any person passes by or, worse yet, keep on blowing for what seems like an interminable amount of time after your hands have left the sensor area. Sensor hell. Same goes for some faucet sensors. (Read here for a prior post on the troubles at CDG Roissy airport). 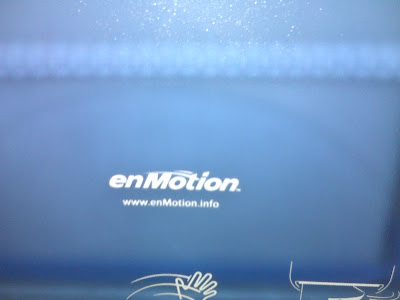 And then, there is the technology on the side of paper towels: rounded rolls (vs folded sheets), functioning sensors (for dispatching just one sheet at a time, eg Lotus EnMotion see left), recycled & unbleached paper… Too bad that these paper towels never get recycled.

Clearly, there are new electric hand dryer machines, replete with well regulated sensors, efficient dryer systems, etc (for example, the 1400W Xlerator). But, the equation is impossible to calculate in absolute terms — the answer depends on the local source of electricity (coal or other), the comparative technologies, etc.

The best site I found was from the ever reliable TreeHugger, where they state that the average CO2 consumption of an electric hand dryer is 1.6 tonnes over a 5 year lifespan, while for the paper towels, it is 4.6 tonnes over the same period. I extract below from the TreeHugger article the passage from the Life Cycle Analysis (30-page report) done by Environmental Resource Management. I think it is quite revealing and clear. Note the rendering of the CO2 consumption in car mileage…

Another good article comes from slate.com: Electric Hand Dryers versus Paper Towels (June 2008). A study published in Nov 2007 by the Climate Conservancy establishes the edge of the electric dryer over 2-towel-per-usage… but, what of the one-towel dry? And the jury is still not out. As Rebecca Clarren of salon.com, which commissioned the Climate Conservancy study, cites a 1998 study by Britain’s University of Westminster at the end of its post, which found that the electric dryer doesn’t do well on the bacteria killing front, actually increasing bacteria by 255% — whereas paper wipes off 58% of the bacteria. And, the Green Guru (in a July 2008 post) has a mixed review tending to settle on the hands being dried on the trousers…

A whole other area of improvement would be in the soap dispenser. Soaps that actually cleanse and rinse quickly would be a good start. So many times, it seems the soap dispenser itself is of poor quality with huge amounts of wastage (if there is actually still soap in the dispenser). I happened upon a DEB Purmouss system that dispenses mousse soap (quick application) using a pouch. And the soap appeared to rinse very quickly (hard water?). A good example to follow, it seemed to me.

All in all, the chances are that electric hand dryers are likely to be the better choice — especially if you go for the “quickie” blow dry and then air dry the rest or wipe up and down on your inside shirt (which is likely to be a little cleaner than the one on the outside!). On balance, one should probably go for the electric hand dryer solution as, if NOTHING ELSE, it tends to remind people of the need for environmental friendliness and, in the vast majority of cases, is probably less consuming.

Meanwhile, on another note regarding public bathroom etiquette: Among other areas of improvement, it would also be good if people would automatically actually wash their hands after having been to the toilet… It is also mind boggling to see people leave the washroom without having washed their hands at all (some would argue that washing before hand is the more appropriate thing to do, and I might even agree if you know where your hands have been). The other thing that I find rather shocking in terms of washroom behaviour is when a man don’t use an available urinal (for a #1) — typically the same person will not lift the toilet seat and, final insult, will kick the protruding flush lever rather than deign to touch it (fear of infection). The resulting flush is obviously unnecessarily ample.