Don’t you find that too many professional sports smack of too much money & poor values?  Below is an email that has been circulating since the end of last year. It is a great story, with a “mostly true” rating from Snopes. The event occurred November 23, 2008. It was first posted on the NHL Home Ice blog back on Dec 8, 2008. 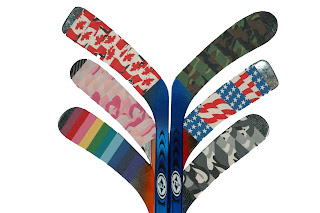 “In the middle of a grueling six game road trip where a very young hockey team is away from home, the third game of the trip ends late on a cold Canadian Saturday night. This is the only break on the trip and the three days between games allow them the only break to get back home in their own beds for a couple of days before going back on the road. A scheduled commercial flight waits for them at Toronto’s International Airport for the short flight home; they could be home by midnight. This plane departs on schedule, but without a single member of the hockey team.

Back in the locker room a vote is taken after the game was complete, and a unanimous decision is made by this young team to skip this flight and stay one more day. They make arrangements to check back in the hotel and on a frozen Sunday morning charter two buses that have no heat and begin a journey two hours straight north into a sparsely inhabited Canada, but where hockey is its passion. They arrive at their destination to the surprise of the teams general manager who is there attending his father’s wake.

After a few emotional hours, this team boards the buses and head back for a two-hour trip back to Toronto. On the way they ask the drivers to stop in a tiny Canadian town because they are hungry.

To the shock of the patrons and workers at this small hockey town McDonald’s, a professional team walks out of two rickety buses and into the restaurant, which just happens to have pictures of two members of this team on its wall. The patrons know every single one of these players by sight being fanatic fans of hockey in these parts. One can only imagine their amazement of the locals seeing and entire professional hockey team sit down and have a meal in their tiny little town in the middle of a hockey season. After a while they board the buses and catch their same flight 24 hours later, giving one day to their general manager.

Have I made this up, is this an excerpt from some fictional book? No, this a true story of the Blackhawks last Saturday night and they decided to attend Dale Tallon’s fathers funeral. It’s amazing that such a good story can be found nowhere on the internet, and not even mentioned in the Chicago papers. Had one of the Blackhawks got into a fight and punched some drunken loser in a Toronto bar it would be plastered all over papers and the television. This being said, it’s hard to imagine any professional football, basketball or baseball team doing this, but the members of the Blackhawks claim any “hockey” team would have done this. This is one reason I continue to be a big hockey fan, and another reason I am excited about this Chicago team.

I thought I would share as this story appears to have gone unnoticed.”

Here is the Yahoo News version, printed on Christmas Eve.

The story is a testament indeed to the solid values in hockey. And, as far as the Blackhawks go, their brand value — as in lovemark, although they have yet to be nominated there — just went through the roof. Moreover, the team is the youngest in the league (average age of 25.5 years) and is positioned 4th in the Western conference. I wish them all the luck.  And, I would certainly like to know of any other sports teams that have that kind of heart.