Twitter has grown by a staggering 1382% in the span of one year, to have over 7 million monthly unique visitors, according to data from market research firm Nielsen. The research suggested that Twitter was becoming ingrained as a marketing and business tool, above its personal application.

The Nielsen research on the February traffic showed that I am plum in the middle of its most regular users: almost 42% of its users are 35 to 49 year olds, with a further 20% between 25-34. Interestingly, 62% of Twitter users visit the site while at work versus 35% from home. 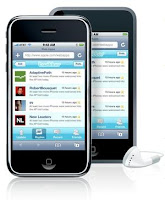 One of the primary success factors for Twitter is the mobility and ease of use (i.e. text messaging). In January this year, 735,000 unique visitors Twittered via their mobile. According to Nielsen, “The average unique visitor went to Twitter.com 14 times during the month and spent an average of seven minutes on the site.”

Aside from the traffic, proof of Twitter’s success is the entirely new vocabulary that has sprouted: tweet (n. a twitter entry), to Tweet (verb), Tweeps (n. twitter friends), Twirt (v. to flirt on twitter), Chirp Storm (n. popular twitter subject), Twatter (n. nonsense chatter on Twitter)… And there are a number of accessory sites, my favourite of which is twitturly which tracks the most tweeted URLs. 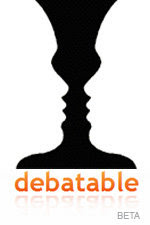 At a dinner party this weekend, I had quite the discussion as to the usefulness of twittering (see a complementary raging debate group, “Debatable,” on Facebook launched by Justin Kirby, UK). For myself, I see the interest in micro-journalism, a more personalised social bookmarking and a way to propagate good content or branded content (business use). Whatever the reasons, though, Twitter has definitively accelerated past the tipping point. Are you a fan of Twittering? What do you think? How should brands be taking advantage of this phenomenon?