Share this post:
Below is a collection of random thoughts. Some are my own, others come from various emails in circulation. Scroll down and peruse. And if you feel so inclined, add to the fray!

Have you ever considered why it is that we write Anno Domini (A.D.) in Latin for the “modern era” and when it comes to the “olden times”, we write the term Before Christ (B.C.) in plain old English.

Can you cry or sweat under water?
Shouldn’t the O in XO (kiss & hug) be related to the O that is love in tennis scoring?
Why do you have to ‘put your two cents in’… but it’s only a ‘penny for your thoughts’? Where’s that extra penny going to?
If money doesn’t grow on trees then why do banks have branches? 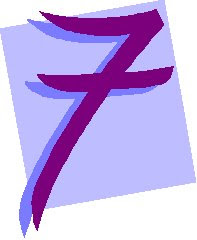 What did the number 7 ever do that it needed to be crossed (in mainland Europe)? If it’s because the number one has a pedastal, then what’s so great about number 1?

How important does a person have to be before they are considered assassinated instead of just murdered?

How is that if a murderer gets life, a mass murderer gets multiple life sentences, but a person who kills millions of people just gets house arrest (Pol Pot)?

Why are you IN a movie, but you’re ON TV?
Why is ‘bra’ singular and ‘panties’ plural?
Why do toasters always have a setting that burns the toast to a horrible crisp, which no decent human being would eat?
If electricity comes from electrons, does morality come from morons?
Did you ever notice that when you blow in a dog’s face, he gets mad at you, but when you take him for a car ride, he sticks his head out the window?