Attending conferences is a great opportunity to meet new people, to network and exchange ideas.  That’s why, theoretically, it is better than watching a live stream or reading the Twitter hashtag from afar.  Finding an efficient way to exchange business details at a conference continues to be of interest.  My fetiche app is BUMP on the iPhone (it also works on Android).  However, there just still isn’t the critical mass on iPhone/Android AND who have downloaded the app, signed up and filled in the details.

At the Orange Business Services conference in Munich “Live 2011”, I was introduced to another little networking device called Poken.  Each of the 400 participants was handed out their Poken device.

Essentially, the little plastic key (with USB – see below) is designed to help exchange business card details wirelessly.  It is billed as an ice breaker as well as a “great” networking tool. 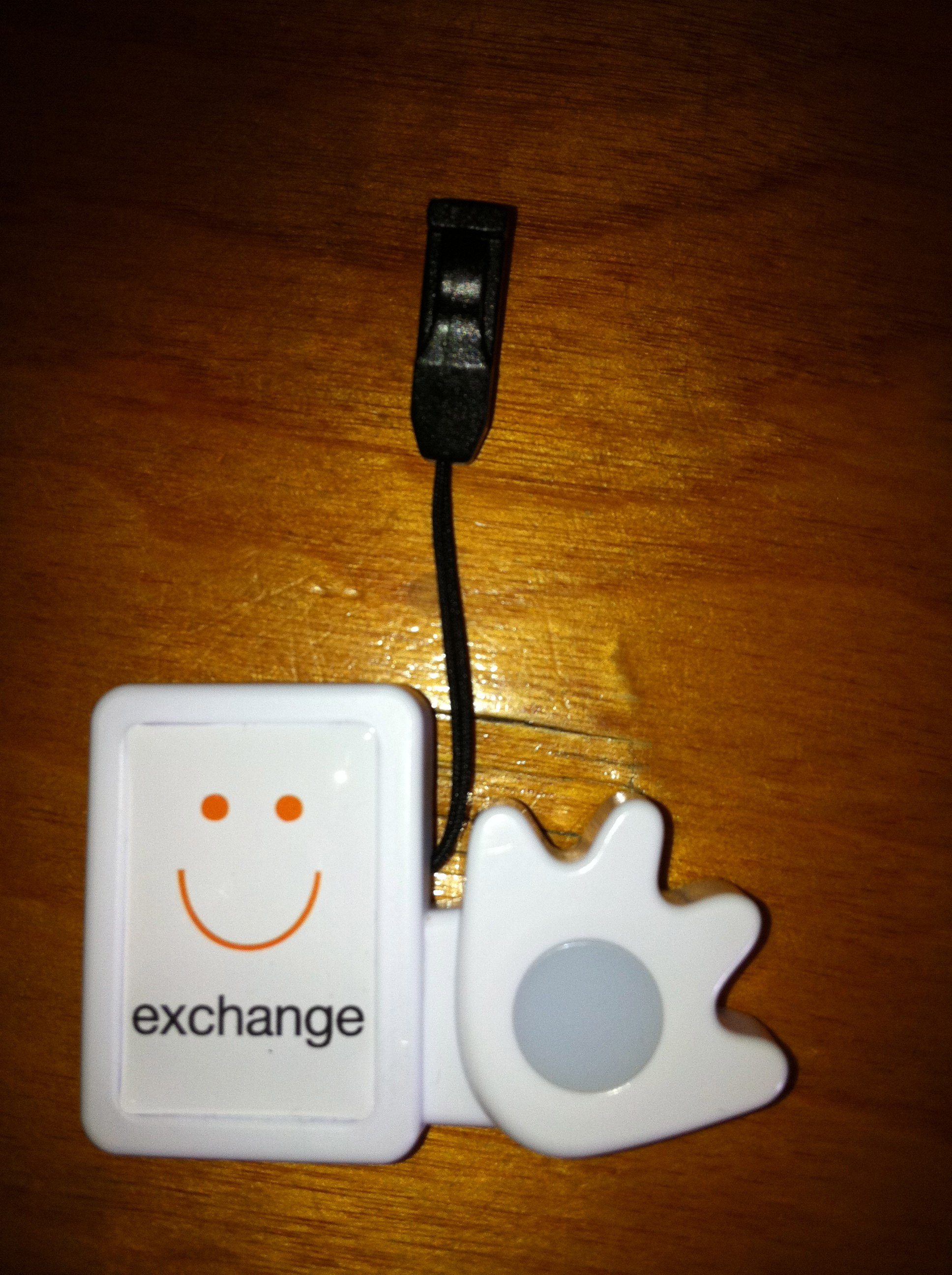 The good news is that everyone had a device (at least at the beginning).  The bad news is that not everyone “played the game.”  Being a bit geeky, I tried it out as often as I could.  Of the 11 people with whom I connected via the Poken, 2 did not fill in their material (leaving a blank).  Of the these, 5 also felt the urge to give me their business cards.

Here is the interface on the Poken desktop (customized for Orange Business). 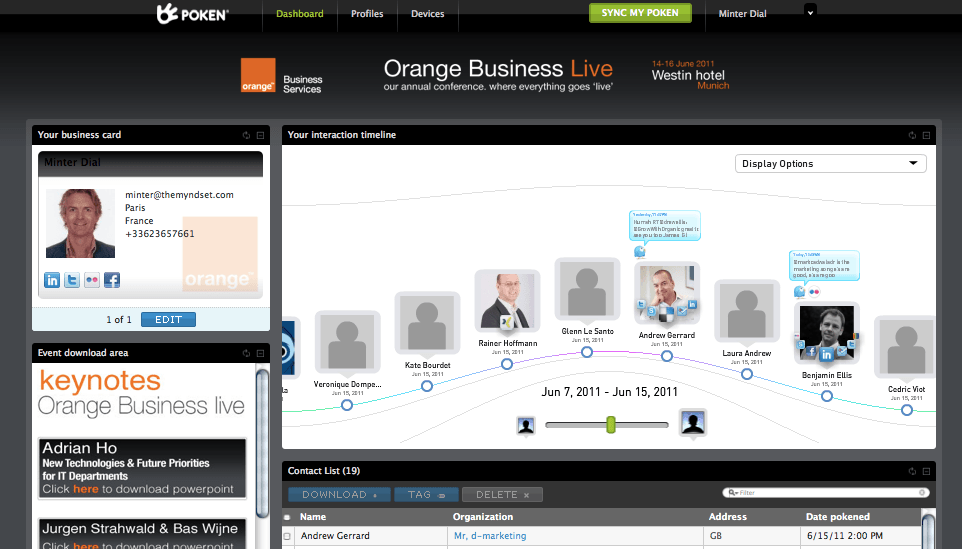 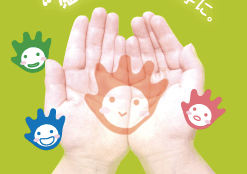 My review of Poken:

Poken is probably not something I would invest in.  I would prefer to focus on the smartphone-based application because it is a more “natural” gesture.  Anyone else have any other system that you enjoyed and found effective for social networking?