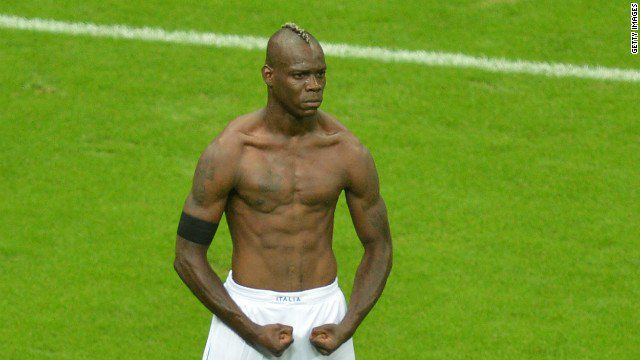 I am mortified when I see the values of the highest paid and most watched football players and managers.  It’s a disgrace.  Watching the most recent Euro 2012 tournament which winds up tonight, I have been reminded about the way professional football is just not good for society.

Professional Sports a Source of Inspiration

At a professional level, sports are entertainment, an industry vying for attention and consumer dollars. Sports provide an outlet for unbridled testosterone. They buffer empty spaces and minds with conversation topics. They fill the minds of the youth with dreams. And, more importantly, provide role models to inspire us mere mortals and amateurs.

It is for this last reason that I tolerate little professional football (aka soccer), especially since it is the single most popular sport in the world and, certainly, the most mediatized. On the positive side, you have to admire how national football matches can galvanize a nation and help override internal tensions (maybe the USA would do better to play in more shared international team sports as opposed to the insular American Football and Baseball which are extremely inward looking, albeit with some Canadian teams here and there). And national tournaments have a way of crystallizing the state of a nation, as witnessed by the display of ego-laden individualism in the French team in Euro 2012.

Herewith, meanwhile, are the top ten things (from least to most) that irritate me in professional football:

Between the lack of goal-line camera, only one referee on the pitch and no TV review, there is a gaping opportunity for corruption and manipulated results in professional football. As has been covered recently in English professional football, there is widespread gambling and corruption (run by the Chinese it seems) even down in the lower divisions.  Corruption is rampant around the world in a game that attracts too much money, and too many low levels.

My take:  Professional football should concern itself more with its image, values and sportsmanship.  What do you think?  Does it deserve to be the most watched sport in the world?

I just read that the English Premiership is looking at implementing goal line technology for the 2012-2013 season.  A revolution is at hand?  See the BBC report.