I attended the Hub Forum 2012, founded and run by Vincent Ducrey and Emmanuel Vivier, in Paris this week. It’s a grand event, attracting the luminaries of the net in France, the top brass of the French ad agencies as well as some high profile managers in industry.

Inspiration from the top

Yesterday, I listened with great interest to Nicolas Bordas (left @NicolasBordas), CEO of TBWA France (who took the floor at the end of a day that began with a speech by his boss, the Chairman of TBWA, Jean-Marie Dru).  As ever, Nicolas spoke with passion, clarity and vision.  Kudos!

On top of that, with great fanfare, Nicolas launched an initiative on stage that I found brilliant and want to share with you.

In France, the uptake of Twitter is lagging against pretty much any indicator, despite it being probably the most effective and useful social media tool for business and for executives around the world.  Nicolas pointed out that extremely few CEOs in France have an active Twitter account.  Below is his slide showing the luminary examples: Jean-Claude Puerto (UCAR ), Serge Papin (Systeme U) et Alexandre Bompard (FNAC).  N.B.: Of the three cited here, only Bompard has a thriving Twitter presence.  There are, fortunately, a few other CEOs such as the ebullient Xavier Niel (Free) and Pascal Negre (Universal Music).  Until now, however, CEOs from the CAC40 are strictly speaking not present — despite the international nature of their businesses.  They have clearly not yet found the reason to sign up.   What will it take? 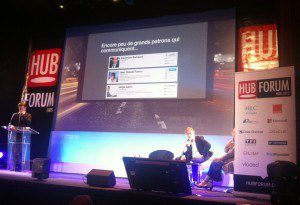 Encourage the CEOs and top brass to be present on Twitter by creating an RSS feed via a Twitter account called TweetBosses.  Launched yesterday, the Twitter account now counts 28 followees (including my friend Thierry Wellhof of Wellcom and Delphine Ernotte of Orange France) and over 300 followers.  Let’s keep promoting it… even overseas. 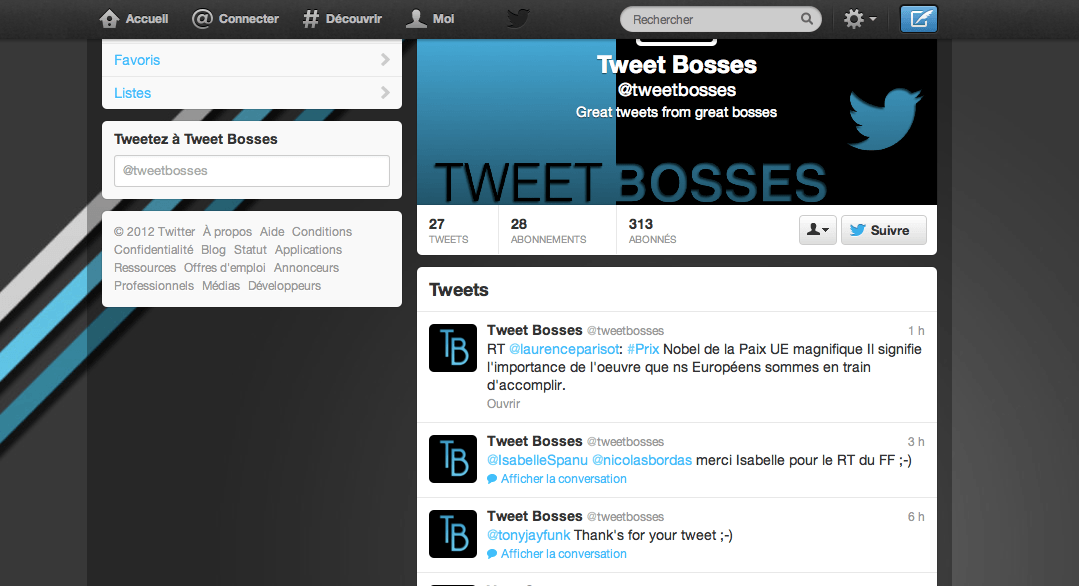 Of course, this must be done with a strategy, a long-term plan, continuing education, the proper resources  (time) and some metrics all the same.  I continue to maintain that CEOs need to spend the time getting a proper digital education to raise the Digital IQ of the upper hierarchy.