As much as digital marketing experts might wax on about the opportunities for one-to-one relationships or customized communications, brands still need to gain a sufficient audience – to which I refer as critical mass — and return to warrant the investment in social media marketing.  There is a blaring gap between the impact of mass media and a Facebook page with an anemic number of fans.  Where is the breaking point in social media?  Is there such a single number?

The question must not be limited to the total number of people who have liked a Facebook page.  The answer lies in the number of people who view and, more pertinently, interact and ‘engage’ with the Facebook page on an ongoing basis.  Thanks to Facebook’s algorithm formerly known as “EdgeRank”* — a.k.a. secret manipulations — Facebook page posts will not systematically pollute a fans’ news stream.  Purportedly, according to some 1000 different inputs, Facebook attempts to ensure that only the best posts get through naturally — i.e. without payment.  That’s good news from the user’s perspective.  Less easy to swallow for a brand.

To pay or not to pay 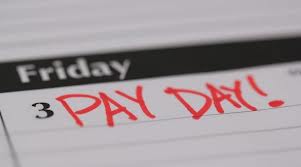 Brands that are wishing to establish a social media presence essentially have two choices to grow their fan base: to pay or not to pay.  The “free” option requires a distinct strategy, patience, a stomach for mistakes, and a stream of broadly non-commercial messages that may or may not get pick-up.  {Click to tweet}  The paying option ensures visibility and means capturing an audience via incentives, sponsored posts and ads.

The issue is that the organic approach can be painfully difficult at the start.  A page can stay the social media’s best kept secret for the longest time.  If a page has 100 fans, the average post will be posted in the news feed of about 16 fans, and has a good chance of being seen by around 2 or 3 of these.  You need several of those 16 people to “engage” with your post.  If they share it with their friends (ideally with a positive mention), then you can hopefully start to garner some traction.  But, the ‘natural’ or ‘organic’ road to a community with critical mass does not usually correspond to internal corporate pressures.

If someone lands on a well known brand’s page and sees a small number of fans, is there not a risk that the passerby will scorn the page?  If he/she is an engaged fan, then maybe they will join.  However, in my personal experience, I will think twice before becoming someone’s guinea pig.  In the back of my mind, I know that any such “generous” likes will have an impact in terms of how Facebook will target me in the future.  I don’t believe the average FB user thinks about that, but ultimately, all those likes will end up having an effect on the quality of their FB experience.  All the same, as Facebook users mature, their understanding of an interesting page will also mature.  If the page looks unpopular, users will know better than to join. 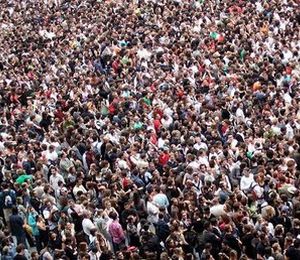 The question then becomes what is the number of fans above which posts will start to bring back some meaningful positive returns?  What is that level?  I asked the question at a Social Media Week event in London and we had a good conversation about the topic.  The answer to what the critical mass is for a brand page depends.  It depends on such questions as:

You don’t own it… you need to earn it

Whatever we think about the right critical mass, the same fundamental respect of the fanbase must be respected from the outset.  It’s no point in bringing people to a dud party, where no one is having any fun.  As Brian Solis said in his blog post, “What your business needs to know about Facebook, “…businesses must learn that relationships are earned and earned again and communities are built upon a foundation of mutual value, entertainment, and empowerment.  A like isn’t an opt in or subscription for marketing spam. It is an expression not a representation of a captive audience.”

All the same, it can take a long time to build a “religion” around your brand.  About community building, I will always remember how my friend, Christine Schuster, from my days at Redken said, “First, build a religion and then the people will come to the church.” {Click to Tweet}  Brands and digital agencies looking to build an online community, will have to come to grips with the issue of critical mass, answering questions such as: 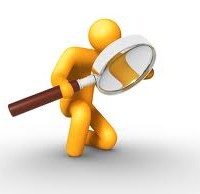 In the end of the day, nothing comes for free, even talent.  Good ideas abound.  However, execution becomes the hallowed ground of success and brand marketing teams are going to have to be comfortable trying and failing as well as digging into the analytics.  In the end, even if a brand manages to pierce through and gain that critical mass with a robust and engaged fan base, one must be wary that Facebook may try to find a way to squeeze the “free” passage and encourage more sponsored posts, etc., in order to gain the desired visibility.

*Facebook’s EdgeRank is Dead by Marketing Land – Edge Rank is now refered to as News Feed Ranking System.  Personally, I think EdgeRank will continue to lay around for a while compared to that new mouthful…  To-date, people still blithely refer to EdgeRank.