For some time, I have been waxing on about how Twitter is an invaluable tool for senior executives (e.g. Does the Boss Tweet?). The best way to use Twitter will surely vary according to the profile, the context and business objectives.  Thus, there is no cookie cutter approach.  However, the excuse that “I don’t have time for it” seems increasingly meager in light of the speed of business, the effectiveness of being in touch with one’s customer base, the burgeoning battle for talent and the predominance of that particular social media (ignoring the upcoming IPO).

As if one needed further prodding to join Twitter, is it possible to be outdone by the Pope and the President of Iran?  Political grandstanding or not, one has to acknowledge that both Pope Francis and President Rouhani are busy people.  If Twitter is not right for all executives, it is hard to fathom how it cannot be of service to someone on the C-suite (if not the CEO).  Yet, I see top management teams everywhere that continue to shun the Twitter service. 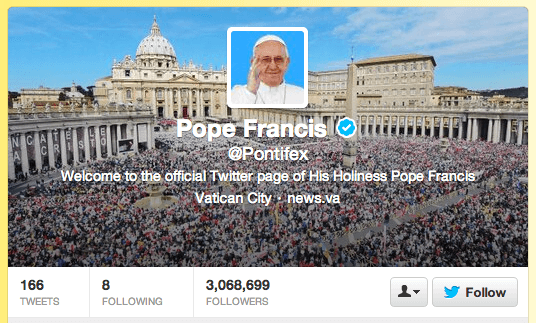 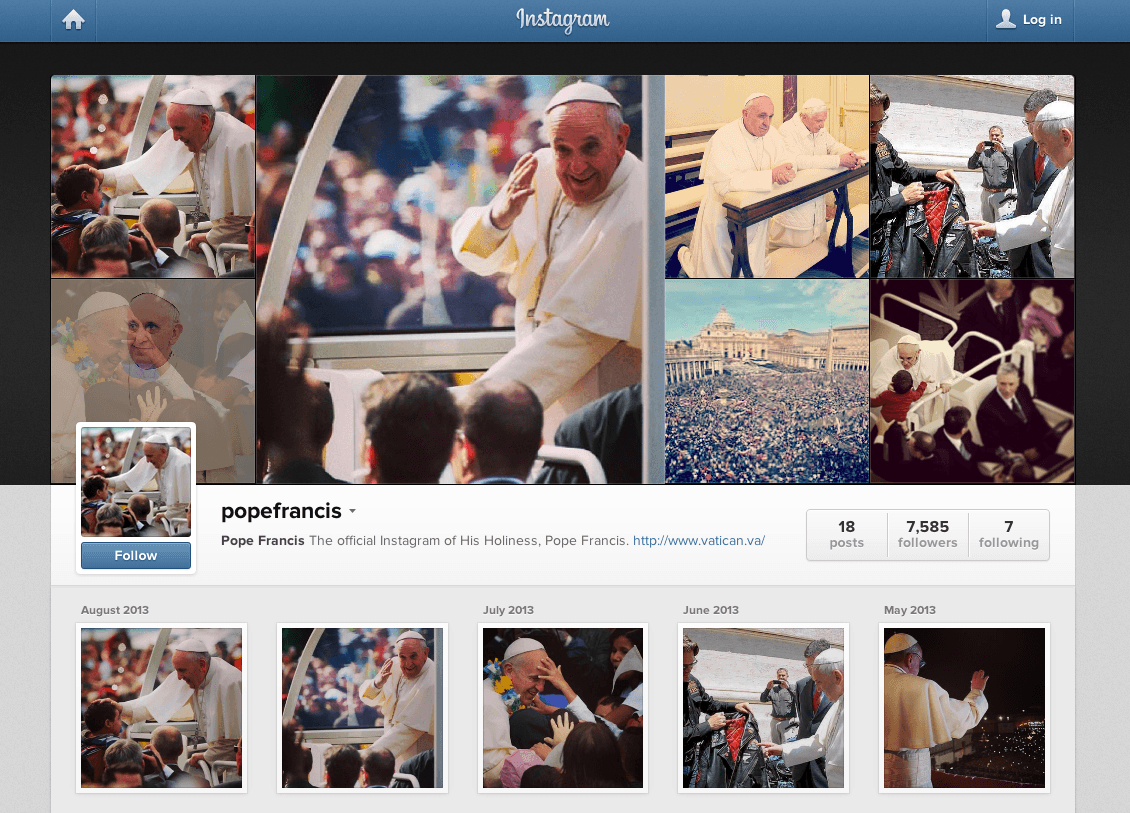 The new Pope Francis, following in his predecessor’s initial (and rather timid) foray into social media, has developed an appropriately robust communication strategy, aided by a mindset that one be could excused for calling “2.0” or social.  While I am not religious, I must say that I am impressed.  Pope Francis is implementing a multi-channel approach.  He calls individuals out of the blue on the phone (POTS).  He writes letters.  He holds IRL meetings, where he, of course, addresses the masses.  And, he also talks to and touches individuals in the crowd.  He visits and listens.  All in all, a very social Pope.

On the social media front, Francis was active on Facebook before he was appointed Pope (his account had over 40K likes when he was a Cardinal).  The Pontifex has created 9 different Twitter accounts to accomodate 9 different languages, accumulating a total of over 5 million followers.  Admittedly, his Twitter stream is only a one-way broadcast and he doesn’t exactly follow anyone else.  So, there’s always room to improve.  On other social platforms, it seems that there is no official Papal Facebook page.  However, he has seen fit to open an official Instagram account (pictured right) about a week ago; this account boasts over 8K followers already.

It’s hard not to be surprised — if not impressed — by President Rouhani’s Twitter presence.  The account has not gained “verified” status, so we cannot be 100% sure it is his.  Most credible sources, however, seem to conclude it is an account run by a close associate.  As indicated in a Mashable article, this tweet by Rouhani is written in the 3rd person: “#Rouhani backs social media in @AnnCurry interview, but (unlike @JZarif) doesn’t personally sit & pen #tweets.”  Whomever is running it, Rouhani has used Twitter to great effect. 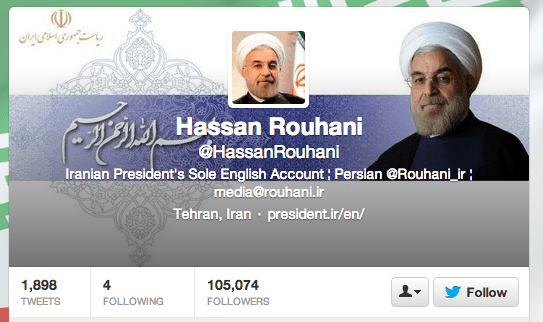 In the end, it is surely just a communication ploy (if not propaganda), designed to reach a Western audience, since Twitter and Facebook are still banned in Iran.  According to the Guardian, “Rouhani, who has maintained an active social presence since campaigning for office, has taken a softer line on web censorship, describing social networking sites such as Facebook as a welcome phenomenon.”  I reserve judgment on President Rouhani’s policies or character, but it seems rather hypocritical to be using Twitter when it is banned for your own citizens.  Hopefully, his Twitter presence might spur some actionable change, as opposed to the charming “word” or “tweet” offensive that Rouhani put on before and during the UN General Assembly.

As Chief Social Executive, it is important to create the right voice.  Twitter has its own language and restrictions.  Yet, the Tweets can and ought to reflect the individual’s personality.  This casual tweet below by the Rouhani account to Twitter founder, Jack Dorsey is, I feel, somewhat unbecoming for a President.  If Rouhani is serious about this, a better strategy would have been to cut the tweet into two and to write with a little more gravitas.  The person doing his tweeting has taken a little too much liberty in this one.  Rouhani is undoubtedly aware of the content of all these tweets. I give this particular message a low grade.

Evening, @Jack. As I told @camanpour, my efforts geared 2 ensure my ppl’ll comfortably b able 2 access all info globally as is their #right.

Bottom line, though, is that if President Rouhani and Pope Francis have found their Twitter purpose, I continue to believe that C-suite executives should learn to find their own. {Click to Tweet}.