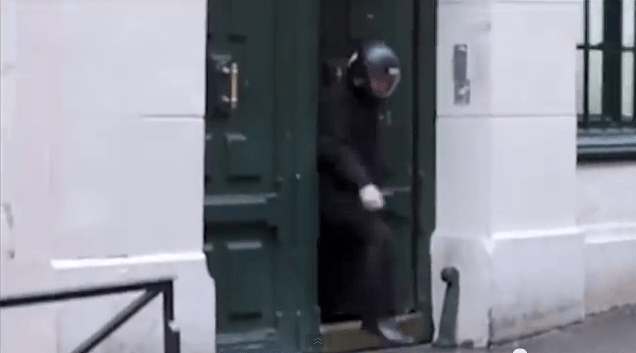 The latest scandal in France with President Hollande, regarding his First Lady-cum-Second-Girlfriend-cum-Three’s a Party, has brought to the forefront the divide between personal and professional life. In France, the refrain is frequent: what’s personal is private. It’s considered the French touch, a cultural heritage. In an environment where trust is lacking and in a technologically enabled era where transparency is basically a conduit to trust, President Hollande’s secret tryst has made a mockery of the Office of the President.

In evaluating President Hollande’s management of his personal relationship, I think it absolutely matters in terms of gauging his trustworthiness. Not that ‘cheating’ is criminal, but it is certainly not encouraged at school, nor is it admirable or the basis for any solid long-term relationship. Moreover, for his team, it unquestionably has an impact on how they must view him and his sense of fidelity. In an ‘All Boy’s Club,’ maybe that type of behavior will be hammed up in the locker room. But, for a team including women, that has a sense of pride and from whom the leader is looking for total heart and soul commitment, this type of cheating will inevitably have a bearing. Even if it is not officially said to be important, the behavior speaks volumes.

I can only believe that this video above is not legitimate. Surely, with so few views, it’s a fake. But it certainly feels the part!

A Hole in Hollande’s Trustworthiness

I do make parallels between how Hollande managed this affair and what attitudes business leaders need to adopt in order to garner greater trust and to inspire and motivate the workers (or citizens) to follow the vision. In the army, if a soldier doesn’t trust his commander, he won’t feel good about taking the boss’ orders. I tend to believe the same is true of any leader. Sure, one might execute obediently, but the extra step, the extra energy will not be there. I would argue that the President of France has a gaping hole in his trustworthiness. It was there before the Gayet scandal erupted. Now, he has the trust of his very own team to recuperate before even thinking about the trust the population might have put in him.

Trust is intangible but relies on actions

Similarly, in business, engaged employees who live and work around their leader, for at least 8 up to 12 hours a day, need to feel that their leader is trustworthy. In such close quarters, I would also argue that employees will — at least subconsciously — also take note of his/her personal ethics. It’s not possible to separate the two, especially as it regards trustworthiness. If France has made a conscious decision to want to separate private and professional, it comes — at least in part — from its heritage of not wanting the King’s riches and decadence to be generally known by the masses. The French upper crust invoke the code “to live happily, it is better to live hidden.” This is just not a way to garner trust; especially in an era of widening transparency.

For François Hollande, he has shown us throughout his career an inability to commit. What is true in his private life is also true in his public (political) life. Is it not obviously consistent? The natural extrapolation would be that if he treats his First Ladyfriend with such trickery and arctic coldness that he might operate the same way at times with his own team? And, for the electorate, it’s all very well “saying” you don’t care about his private life; then, why did Closer, the magazine that revealed the affair, sell out in the first day? Why has television been galavanting on about the ongoing tryst? Is it not because what is personal is the singular backbone of personality? Politicians, much like CEOs, are mediatic figures. They must accept to live in the limelight. I would argue that they must bring their whole person with them. And, it so happens in a world where digital media helps reveal and spread news, being transparent and demonstrating consistent integrity are the right way to go to build trust, a trust which in polls around the world is so lacking for politicians, business executives and marketers alike.

Ironically, now that Hollande is shifting from Socialist to Social Democrat, personally I am grateful for this latest switch; but will it last? 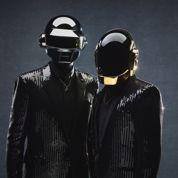 BTW, is it not beautifully coincidental that the helmeted Daft Punk is a French band that just scooped the Grammy Award for its album? They clearly have the wind in the backs….

P.S. I participated in a “debate” on France 24 television following the press conference at which Hollande was grilled about the Closer revelations.  In case you are interested, here are the YouTube recordings (in two parts): Part 1 and Part 2.