For retail outlets looking to take the digital bulls by the horns, one of the actions I tend to recommend ‘wholesale’ is to offer free wifi in store. For certain types of outlets, wifi should be considered mandatory.

At times, it seems inconceivable not to have wifi (especially for travel and luxury brands). Research from Retail Touch Points (Nov 2013) showed that “typically 40% to 70% of all visitors are carrying a phone with Wi-Fi that can be measured.” From JWire 2012 research, 94% of smartphone users consult their mobile device while in store. Click To Tweet

In research from Accor Hotels, free wifi is considered the third most important criterion for business travelers when booking hotels (after location and price). I note that research was done back in November 2012. In the US, although there is no firm data, it appears that around 30% of outlets are offering wifi, including retailers such as Walmart, Macy’s, Sears, Best Buy, Target, Kohls and Saks.

Why wifi should be available in stores

There are three main reasons why I tend to argue for making free wifi available in stores:

The research by JWire showed that 79.5% of respondents felt that having free wifi in the store would (yes/somewhat) influence where they shop — 48.1% saying a full “yes.”

On the downside, wifi installations can be somewhat costly, especially for older buildings where there might be thick walls or obstructing columns, for example. Yet, the cost of installing wifi is not that prohibitive, especially in smaller venues**. In any event, it is my conviction that the service should be viewed as an investment, en route toward greater client satisfaction.

Thank you @jcpenney for free wifi! My toddler is happy with his new app and i can shop in a little peace! pic.twitter.com/zOAe3uDmyk

In September 2013, in a $7MM cost-saving move, JC Penney removed wifi from its stores after having rolled it out with great fanfare under the previous CEO’s (short) reign. This decision is obviously related to its dire financial straits. However, in the grand scheme of things, removing wifi may be a case of Penney (wifi) wise, pound foolish. {Tweet this!}

Wow @jcpenney cheap ass got rid of the wifi… Expecting chains on doors at some point next yr. — Brandon Tillery (@themisfit07) September 13, 2013

Yet, of course, it’s not because you offer wifi that all is solved. Au contraire. First, you need to get the basics right. Secondly, you need to consider how to engage and enhance the customer experience.

Props to @JCPenney for free wifi in their stores. No props to their rude sales associates. pic.twitter.com/byZKIINkvU

The marketing opportunities of wifi in store

As new and improved technologies come along, there will surely be a raft of great marketing opportunities to engineer through the mobile device (smartphone, watch or glasses) in store. Here is how I would group these opportunities:

We all know how complicated, even awkward, the first point of contact may be in store between salesperson and customer. The wireless connection represents a way to initiate the contact. Retailers need to be looking carefully at the first impression (e.g. greeting), the opt-in clauses and the user experience. {Tweet this!} 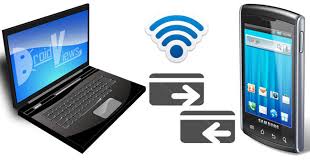 Even without collecting private data, there are numerous ways to capture valuable information to help craft a better retail experience. For example, taking inspiration from the way data can be tracked online, why not come up with similar tracking mechanisms and KPIs for in-store traffic: browsing time, conversion rate, physical journey through the aisles. With an appropriate opt-in, wifi access can provide a host of attractive ways to be rewarded with good customer data. {Tweet this!}

The opportunity to activate loyal customers has never been more important. Considering the volume of noise and confusion in trying to recruit new customers, retailers should be paying particular heed to the loyal customer. Via the mobile device, retailers can find ways to identify the loyalists and provide valuable and useful information, finding legitimate ways to ingratiate themselves with the people who are most likely to buy more and spread the good word. {Tweet this!}

Not to do with wifi in store

The dangers with providing wifi in store are multiple:

I firmly believe that wifi will be the norm in retail outlets in the not-too-distant future. Starbucks was among the prescient companies that have understood that. And, by being among the early adopters, Starbucks created a habit of going for a coffee and an Internet check-in. As a retailer, if you believe that not offering wifi is a way to avoid showrooming, than you have even bigger mindset problems to manage first.

*GOOD NEWS! The good news in the EU is that roaming rates have been curtailed to avoid deep gouging that can happen while travelling abroad. As of July 1, the charge for each used megabyte of data will be capped at 16p (c 20 Euro cents or 25 US cents), down from 36p!  Maximum charges on telephone calls and texts are also being reduced.  All the same, caution should be applied, especially with data-heavy video streaming.
**For JC Penney, the wifi installation cost nearly $11,000 per store (it has 1,100 stores). The cost for installing depends on many factors, including the existing infrastructure, the size, traffic, etc. At a minimum, if the wifi has not yet been installed, establish against a normalized NPS score to see how much the wifi adds to your customer experience.