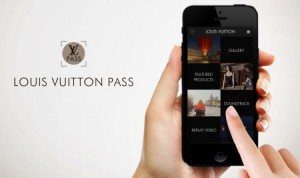 Louis Vuitton, part of the LVMH Group, is a beautiful luxury brand. With over $10 billion in annual sales (Forbes May 2015), it is a bona fide reference for luxury. According to Interbrand, Louis Vuitton is in fact the top valued luxury brand in the world. Quite naturally, therefore, it would be normal to expect LV to be blazing trails in terms of luxury digital activities. If Louis Vuitton was the author of the rather successful Nowness luxury hub (“a video channel showcasing contemporary culture through film” that was launched in 2010) and in the same year was selected by L2 as a digital leader among its luxury peers, Louis Vuitton didn’t exactly rush into digital. Like most of the luxury industry, Louis Vuitton and the LVMH Group as a whole, were slower than most other industries to adopt digital, including tackling the irksome eCommerce conundrum. As I identified in a piece I wrote earlier, Digital Transformation for Luxury Brands, Céline (part of LVMH) has steadfastly refused to adopt eCommerce. The Louis Vuitton brand, for its part, has made steady progress in terms of its online user experience.

The ways that digital can be used to drive the business are myriad, dare I say it, endless. One of the focal points, of course, has been at the point of sale. Digital in retail or, as I like to call it digitail, is a necessary evil to the extent that the consumer is demanding it. Not to tackle the presence of the digitally connected customer — especially of the affluent and travelling variety — is particularly risky.

At Louis Vuitton, the use of digital within the store remains, at best, timid. I did notice that they have made a digital effort on the window at their St Germain des Pres store. In essence, the window front invites passers-by to download the Louis Vuitton Pass app* in order to interact with the window (in this case). In the video below, you can witness what was my experience at the St Germain store (with thanks to my influential friend for helping to film it). What you will notice is that the experience is, shall we say, sub-optimal (and that is a polite term).

The entire video is 2’03 long and that was the sum total time it took for us — using a 4G network — to get to the final and unsatisfactory conclusion. What you should look for in the video clip:

To the extent it was not raining and we were using a 4G network, we had it good. I suspect that those tourists who have to use roaming services might be rather disgruntled for their efforts. Not exactly a showcase of luxury digital activation!

You wonder how management has left such a display in their window for all to see?

*The Louis Vuitton Pass is a smartphone app designed to bring its advertising campaigns to life. By scanning the campaign images that feature the App’s icon in magazines and in stores, users will be shown a dedicated space showcasing product information, videos, images, and more. The app will also help users to locate stores and/or head to the eCommerce platform.