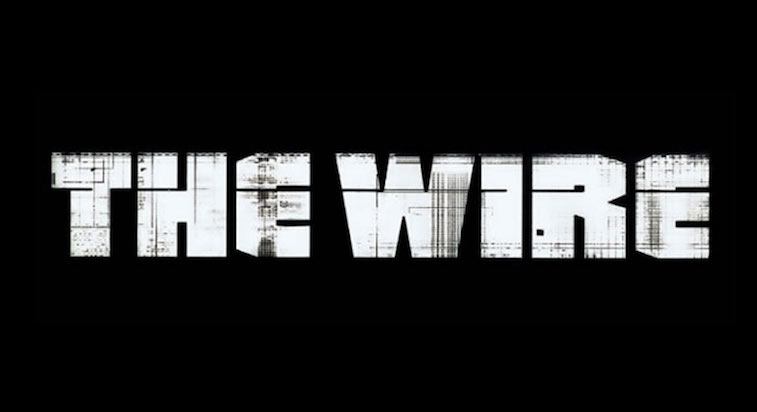 As Chris Brogan explained in his 2010 book, Trust Agents, trust is the new currency for brands. To the extent the polls continue to show that trust of business executives, salespeople and marketers remains dramatically low in polls from all nature of countries [Gallup in USA, Ipsos MORI in the UK, Ipsos Reid in Canada, GFK in France…], it is clearly a persistent problem.

It’s even an issue in the parlance of gangsters! 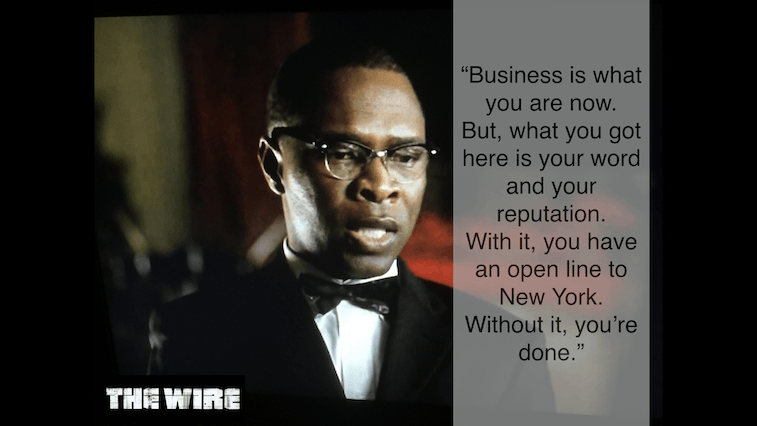 Business is what you are now. But, what you got here is your word and your reputation. With it, you have an open line to New York. Without it, you’re done.”

Brother Mouzone, played by Michael Potts (in the photo above), is the ‘enforcer’ from New York in The Wire.* He is a man of few words. But, when he speaks, you tend to listen.

In this sequence, he is speaking to Avon Barksdale, the big chief gangster in Baltimore. There are two really profound points that Mouzone raises. First, when Avon excuses a misrepresentation of the truth, saying that “it’s just business” — in other words, don’t take it personally — Brother Mouzone is recasts “business” as the here and now, an almost ephemeral concept and a soul-less act. In essence, Mouzone is saying that pure business is a shallow state of mind.

Secondly, and far more importantly, it's your word and your reputation that defines who you are and drives your long-term success. Click To Tweet Even when you’re a gangster, in the business of selling dope and killing people, the same value is placed in trust.

The reality is that one’s actions are the only way to gain favor. As much as top executives and brand marketing teams want and whisper “trust me” in their communications, the rubber hits the road in actions only.

This is a genuinely strategic question:

To what extent is your management team working on building trust within and without the organization? Click To Tweet

*The Wire (HBO and Blown Deadline Productions) was a TV series that ran from 2002-2008 and featured Dominic West in a lead role as a philandering sleuth.