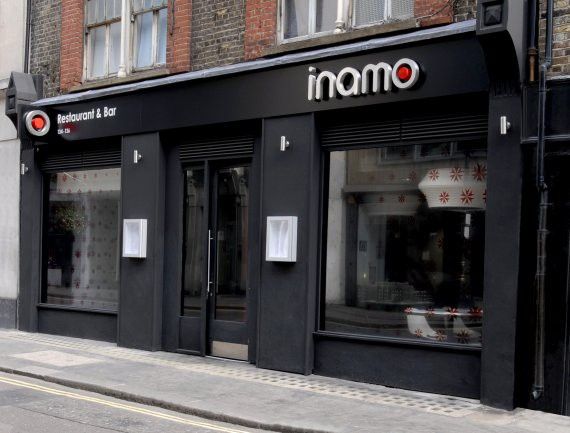 has two “digital” or interactive restaurants in London, the first of which was installed in September 2009. In terms of menu, Inamo serves an Asian fusion mix. I went with a couple of geeky friends and wanted to see how the concept had aged. To my great surprise, the interactive table provided a very good digital experience; with some catches. Herewith my review…

Here’s a video of an order using the interactive table top (with closed caption available):

One of the design features I liked was that the food selection was previewed on your plate. The plate is installed on a white space (as opposed to the rest of the decorated surface) and when you scroll over the food selection, your plate becomes filled with the course. {See below}. One design feature that has obviously become outmoded is the little hole top left of the mouse pad. 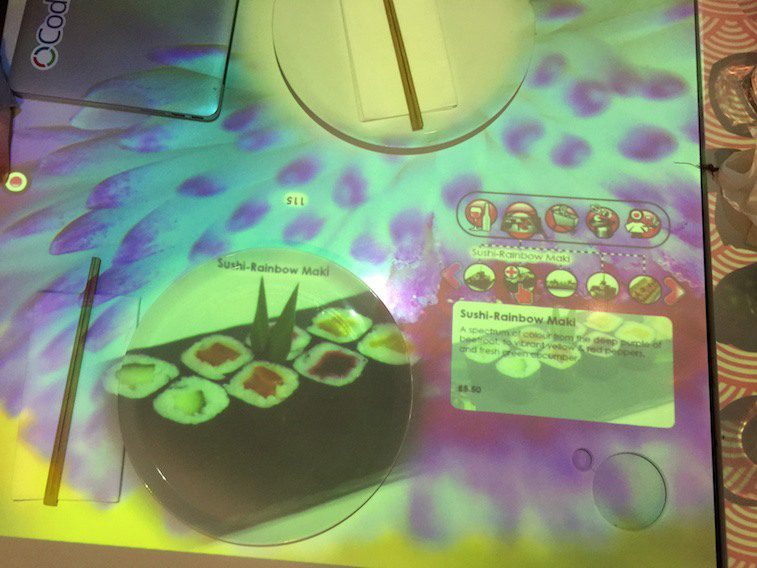 Not that I am a fan of playing video games while you eat, but the game set up worked well for the table beside us where two children played while chowing down their meal. 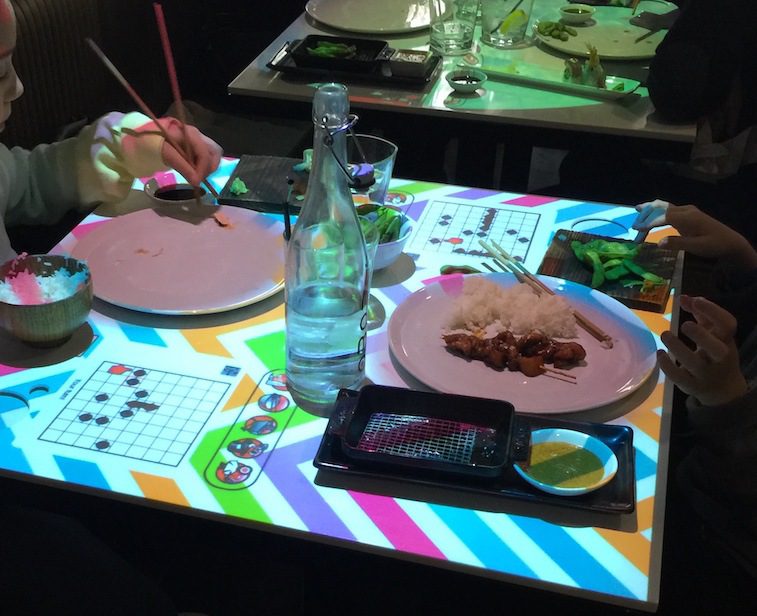 As far as the mouse experience was concerned, no hitches. The scrolling was easy enough. The latency was very low. However, in my inimitable fashion, I did come up with a couple of bugs. When I went to look for red wine and beer, neither was available in the menu. There was white wine and sake, but no red wine or beer! It turns out that someone had forgotten to update the database. Proof that the human component is still important…

At the outset, the explanation from the waitress was quick and clear. I had no complaints about the food; though this was not the main reason for coming, I avow. However, when we were served the wine, the waiter would wipe the extra drops from the bottle neck with his finger. Hardly decorous.

When you’re ready, you just hit the “pay now” and the bill is brought over. You have to imagine that the payment mechanism should be updated to reflect the new methods of payment. I was certainly imagining being able to pay with Apple Pay …

Speaking of payment: it’s an odd quirk that they should automatically add a service charge. First, I might give that option on the table top. Secondly, I might call it alternatively: software & service charge?

What does TripAdvisor have to say?

For the record, TripAdvisor has notched up a 3.5 rating with over 1000 reviews, apparently placing in the top 15% in London.