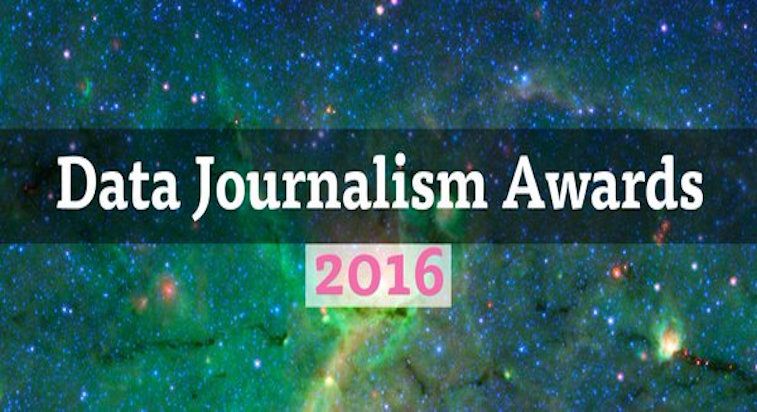 Having attended the Global Editors Network Summit 2016 in Vienna and hosted the 2016 Data Journalism Awards (DJA), I was impressed by how much data journalism is evolving. In this year’s DJA competition, there were 471 entries coming from over 50 countries for 12 prizes. Submissions came almost equally from small and large newsrooms; and, most interestingly, we’re seeing data journalism move from plain data visualization to more incisive analysis and reporting, including some powerful investigative journalism via coding and data. Presided by Paul Steiger, the Data Journalism Awards featured some exceptional results. Here are some of the highlights that I feel are worth digging into.

Data Journalism by PRI – What if Syria War Happened in the USA?

The lasting effect I had from this year’s DJA is that we are looking at a method of reporting that is at once evolving, innovative and missionary. Many of these initiatives are uncovering important and often opaque issues. It was impressive to see how many of the awards required a huge amount of collaboration within and without the publishing title’s organization. Without doubt, good reporting is happening around the world by small and large newsrooms. The BBC and NYT don’t have the monopoly! In terms of takeaways and key words from this year's Data Journalism Awards: transparency, open data and collaboration. Click To Tweet