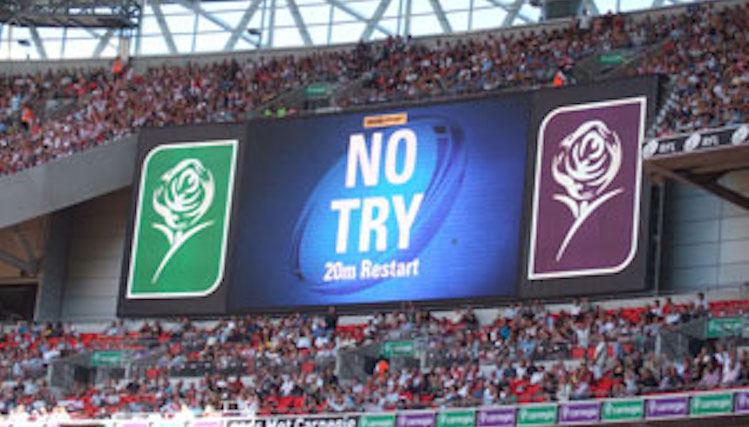 Many are the companies that will hire a prior Olympic athlete or World Cup Champion to inspire the troops to greatness. Generally, it’s about finding aspiration and role models. It’s also hopefully about ingesting the “tricks” and “attitude” of these athletic titans. Of course, as with all change, it is generally hard to translate such ambition inside an organisation, especially the crusty ones.

Of all team sports, rugby remains most special to me because I played it to a reasonably high level. (BTW The other two team sports I love are ice hockey and lacrosse). I’ve always considered the attitude and sportsmanship of the top flight rugby players to be a cut above — especially considering the nature of the game. Over the past few years, meanwhile, it seems that the way technology is being used in rugby could be rather inspirational as well. With memories of the amateur rugby days, it is highly counter-intuitive to think of rugby and technology as being fellow linemen, much less bed partners. But, today, maybe the true lessons for business should be in this sense: How to combine technology into an eminently human endeavour? Click To Tweet

The cheekier pundit might consider the role of the scrum in many entrepreneurial offices! It turns out that, in the professional game of rugby, there is now a whole lot of new technology implanted in it. There is good reason to talk about the augmented man and the augmented team. In other words, an opening salvo of Transhumanism?  Importantly, this type of performance enhancement does not involve doping.

In a recent City AM article, Martin Corry mentioned how rugby athletes are using plenty of new technologies and are being tracked for all manner of data which is being fed back in for superior coaching, preparation and performance. As opposed to our “gimmicky” fitbits, this is wearable technology with a purpose.

“All teams now have GPS tracking, which reveals everything from how fast or far they run – from top speed down – to how long they stay on the floor post-tackle.”

And it doesn’t stop there. There are devices and tools to enhance post-game recovery, help improve injury recovery, as well as track sleep. As reported in this Garmin-sponsored article, “Technology allows us to collect, store and analyse the information in such a way that it is immediate.” Moreover, the Welsh Rugby Union have used Cryotherapy (-120C rooms) and Altitude Pods (higher altitude training). And, in the rumour trails, I have read about the possibility of “concussion management sensors for scrumcaps…muscle performance rugby socks… [and] gum-shields that analyse hydration.” (see here)

Turning your team into champions

Outside of the technological advances in support of the refereeing (where the TMO or Television Match Official uses refcam images and Hawk-Eye; and, tomorrow, may have access to a connected ball…), you have to wonder how the ways technology is enhancing performance on the rugby field will be imported in big business. Just think: we could evaluate our circadian rhythms and optimise our sleep patterns. We could add optimal workout schedules and programmes to spark higher brain functionality. We could know when to capitalise on peak attention spans on a person-by-person and team basis. We’ll be able to predict when people are coming down with a cold. When it is best to have them come back into the office (if there are still central offices that is!) Of course, there are a few “soft” (aka HR and legal) issues that might arouse substantive fears of privacy incursion. etc. But if it’s ok in a professional rugby team, why not in business? After all, it’s just another profession?

It’s all in the head…

One of the more interesting mindsets that rugby officials and associations have had to accept is not only being “open” to new tech, but also accepting a higher degree of transparency. Some matches will offer attendees the option to rent or buy audio devices that provide a link to the referee’s mike. Moreover, in the realm of improving the fan experience (at the World Cup), a novice to the sport can listen in to a “beginner’s” channel that explains the action on the pitch in a simpler manner.

Tech – Inside and Out

Technology can indubitably enhance the consumer experience, especially since we’re all tethered to the Internet, a camera and a phone upon walking in. Meanwhile, using tech “on the inside” to help the team itself perform is also not insignificant. After all, we all want to be champions, no?

Meanwhile, when one considers the amount of data that could be accumulated, the further challenge will of course be about knowing how to track which data, to ask the right questions, and to seek the appropriate solutions Click To Tweet