Last week, thanks to the invitation of Adobe France, I had the distinct privilege to meet and discuss film with Ken Loach. For a man who has directed over 50 films, won two Palmes d’Or, 3 Cesars, 1 BAFTA and scores of other awards and accolades, Ken is a most remarkably humble and kind man. 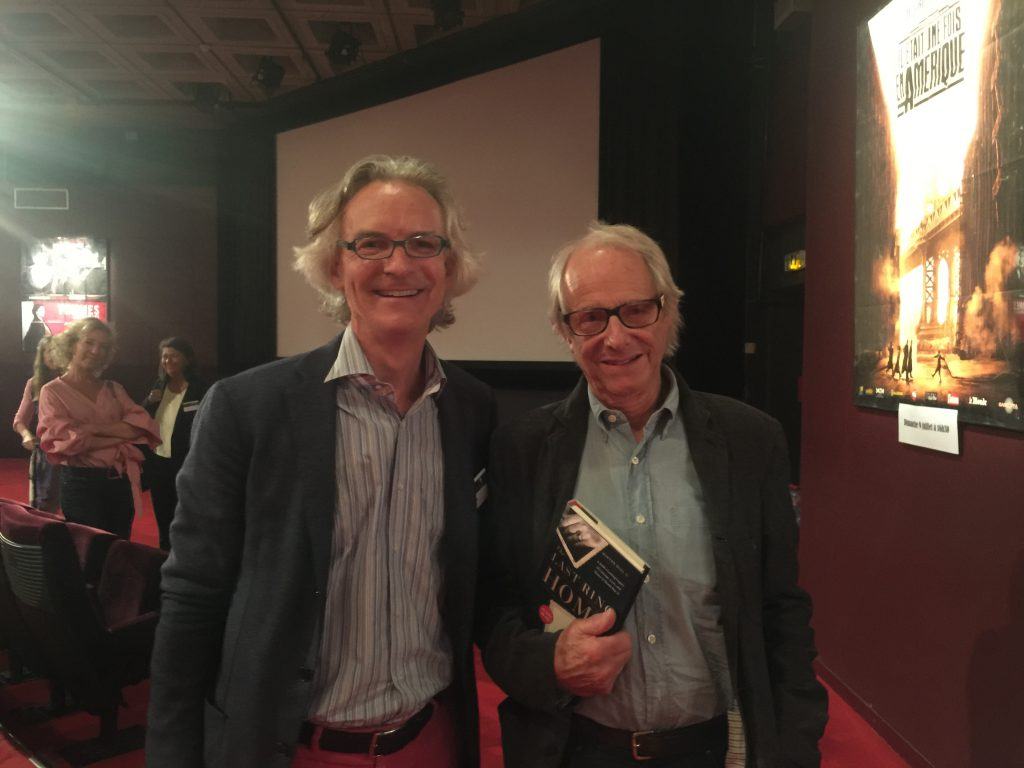 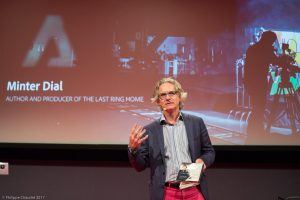 The evening was under the auspices of La Fête du Cinéma, an annual tradition in France whereby cinemas offer all screenings at a mere 4 euros over a 4-day period. We heard from Adobe’s Michael Chaize and Bill Roberts, who took us through how the world of cinema has been evolving and then showed a magnificent show reel of Ken Loach’s work. The “piece de resistance” was, of course, Ken Loach himself. Ably interviewed by the author and film critic, Jason Solomons, Ken spoke about some of his experiences while filming, his intentions and techniques, as well as providing a perspective on the future of film making. It was also an opportunity to take stock of the role of cinema in society today. After Ken’s interview, I took the stage and presented my own documentary film (and book), The Last Ring Home. [If you haven’t yet, please check out the 2-minute trailer here.] It was a most memorable evening and I wish to thank Adobe for graciously inviting me to share the stage with Ken.

The Parallels Between Realism and Documentary

Meanwhile, I wanted to draw out a couple of points that I took away from the evening. First, even if Ken Loach doesn’t particularly like the term “social realism,” that is the typical moniker given to his style. His films are gritty and recount a part of society that is otherwise not seen in or considered fit for cinema. Ken has long felt that his mission is to bring light to that less fortunate side of life. And, not only is that his content, for all his success, he walks the talk in his personal life.

Interestingly, we found a very strong point in common in the way my film and his films are cut. Within Ken’s style, he likes to film with as few takes as possible, to retain that sense of reality. For my part, with my team (Director Josh Shelov, Editor and Co-Producer, Eastwood Allen, Brad Lawson and Scott Morton), in a documentary, you basically don’t have any second take or option. It occurred to us how we basically work under the same constraints. Even though he delivers fiction, the sense of realism is felt by the less cosmetically engineered or raw Loach style.

With Ken, we discussed how film is more often than not all about entertainment, but that there are those who see film as a way to bring society forward, raise important questions and move people to act. Clearly, documentaries and social realism (in any event, as executed by Ken Loach) share another bond in this regard. In the end of the day, entertainment and diversions serve a purpose; but in today’s turbulent and distracted world, it was a wonderful evening where we were able to put some more basic and important values back into the discussion.

What can companies and business executives take away from such an evening? I have four thoughts:

Merci beaucoup to the team at Adobe France for pulling this exceptional evening together.

Welcome your thoughts and reactions.